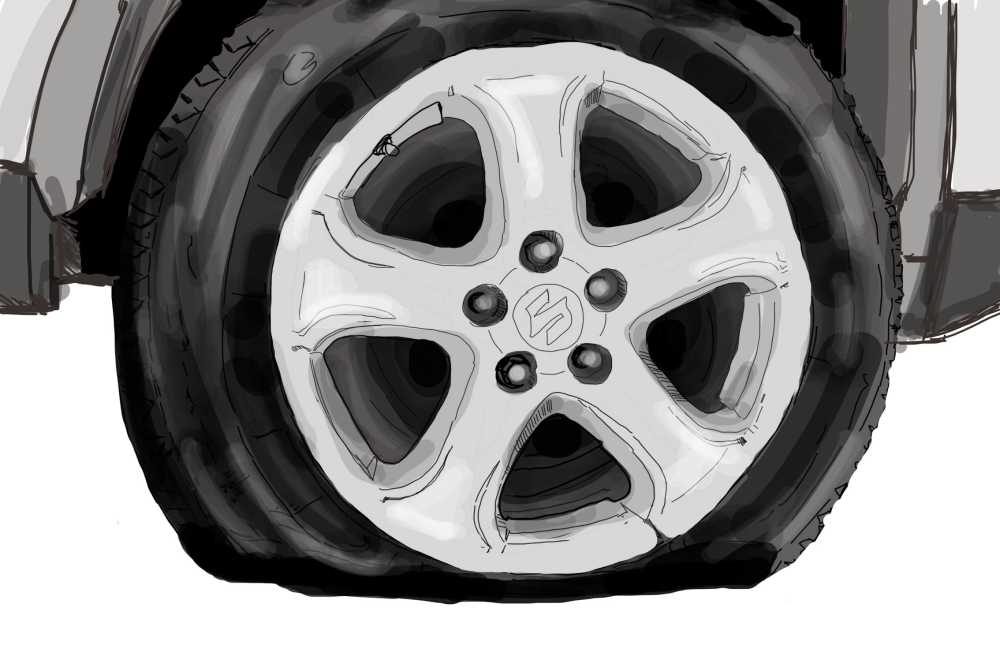 Late Friday night or early Saturday morning (Oct. 26 and 27) a vandal (or vandals) moved through the parking lot adjacent Vandiver Hall, slashing tires and keying at least 17 vehicles, according to Department of Public Safety (DPS).

Lot 1-21 (preferred parking B) is the only campus location confirmed to have been hit by the vandals, DPS Director Beth Glaus said.

No suspects have been identified at this time but footage is being reviewed from the two cameras that overlook the lot and the surrounding area. 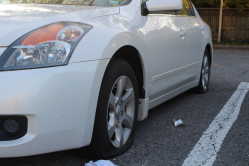 Many had to be towed to auto repair shops after vandals damaged at least 17 vehicles that were parked in preferred lot B 1-21 across from Vandiver Hall throughout the weekend Oct. 26 and 27.
Photo by Joshua Dodge ~ Photo Editor

“It’s all contained to that parking lot. There were a couple of other reports on Sunday around Towers but there's no indication that the damage was the same,” Glaus said. “There’s no indication that anything occurred at piglot and the two incidents at Towers cannot be confirmed as being related because one was actually a flat tire and the other is pending.”

Cape Girardeau Police Department communications officer Sgt. Rick Schmidt said although vehicle vandalization is common there were no reports of damaged vehicles around town over the weekend that resembled the incident that occured on Southeast’s campus.

Glaus said they received the first call Saturday and began reaching out to the owners of other damaged vehicles. 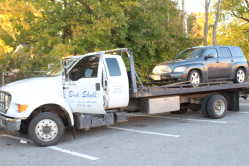 Many had to be towed to auto repair shops after vandals damaged at least 17 vehicles that were parked in preferred lot B 1-21 across from Vandiver Hall throughout the weekend Oct. 26 and 27.
Photo by Joshua Dodge ~ Photo Editor

“We’re referring owners to their insurance companies, that’s why people pay insurance premiums for that,” Glaus said. “The university as a whole, in acts of vandalism and crime, has no liability with regard to those kind of damages.”

DPS Lt. Creighton Gould is conducting an investigation of the incident. Glaus said additional conversations with the complainants may help find a common denominator, to determine whether the crimes are random or victim based.

“These are very, very difficult to narrow down. With the times that these have occured, the nature of the incident doesn't leave a lot of trace evidence, so to speak, and that’s very difficult,” Glaus said. “There wasn't any indication of usable fingerprints. Because of the method in which these things happen . . . if you are slashing something or keying something, you don’t have any direct contact.” 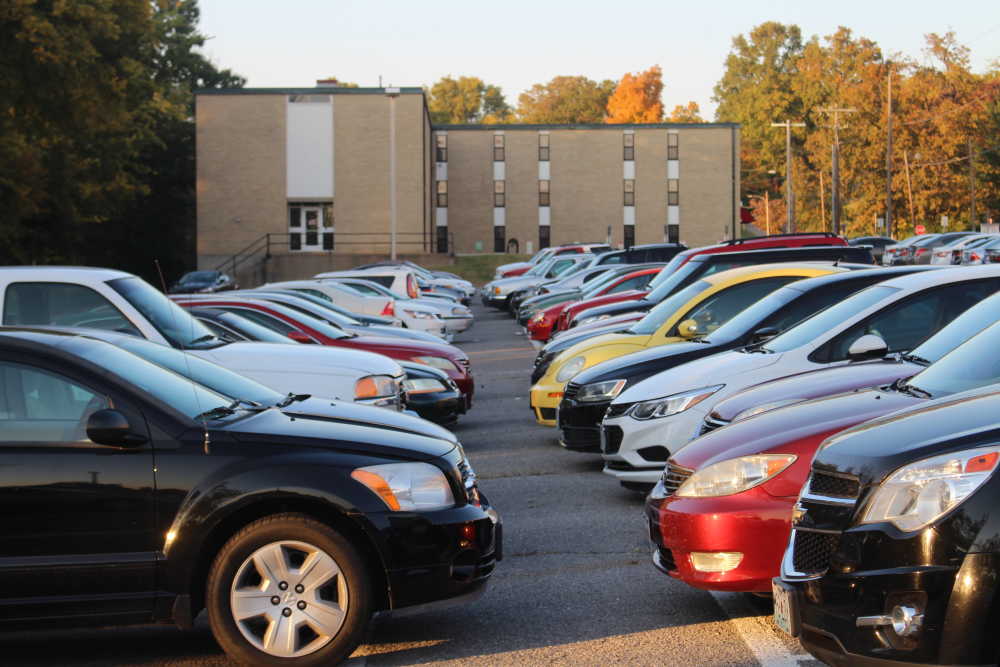 At least 17 cars were damaged over the weekend Oct. 26 and 27, while parked in preferred lot B 1-21 across from Vandiver Hall.
Photo by Joshua Dodge ~ Photo Editor

Glaus said they are asking that anyone with information about the incident or who may have seen something to contact DPS.

When asked about any symbols left by the vandals that may point to a suspect, Glaus said sharing that information would jeopardize the investigation. She said there was no evidence indicating the involvement of alcohol.

If suspects are identified, Glaus said DPS will be seeking state charges for property damage and possibly tampering. Probable cause statements would be prepared and presented to the county prosecuting attorney for review, and a decision will then be made whether to file criminal charges. 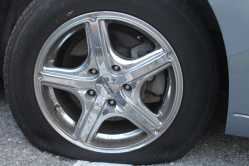 This car was found sitting on its rim after vandals punctured the tires and damaged paint to this car and at least 16 others.
Photo by Joshua Dodge ~ Photo Editor

Captain Kenneth Gullett, who oversees officer patrols, said university parking lots are patrolled nightly and field interrogations are carried out when suspicious behavior occurs, but the patrols are random to avoid patterns and the officers on duty are not always able to patrol every lot in a night.

Glaus said the crimes seem “juvenile,” like “young people out pranking and doing mischief,” and the proximity to Halloween may be a factor.

“If I were a criminal and I were taking time to go through a parking lot, I’d be breaking out windows and trying to take something value,” Glaus said. “This is just trying to cause people trouble and expense.”

“I was thinking, ‘How am I going to afford all this?’” Wolk said.

Wolk said she pays $190 a year for preferred parking and is disappointed in campus efforts to keep the lots secure.

“I thought DPS did routine checks of the lots overnight, but it doesn’t seem like they are because of how many cars were damaged,” Wolk said. “There was some that had twice as much damage as mine.”

She has paid more than $100 to replace the tire that was slashed, and is yet to get an estimate on the paint damage. Wolk said she was asked by DPS to submit copies of the receipts from repairs as a result of the incident.

Sophomore journalism major Katya Chronnister said she discovered one of her tires had been slashed Sunday evening. She had the car towed, then paid $158 for a new tire.

“It makes me really angry because I pay a lot of money to park my car on campus and I know the school isn’t going to do anything,” Chronnister said. “And I feel even worse for the other people whose cars were even more damaged and will have to pay even more money.”