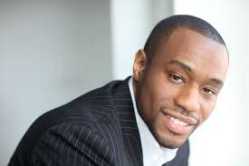 The dinner has continuously served as a celebration of the civil rights activist since 2006, when King’s eldest son, Martin Luther King III, was the first keynote speaker for the event. There has been a new speaker each year since, accompanied with different themes.

This upcoming dinner will feature political commentator and journalist Marc Lamont Hill. The theme will be “Building Community in an Hour of Chaos.”

Similar to King, Hill gained some attention through his activism. He is a founding member of a nonprofit organization called My5th, an association with a goal to educate youth on their civil rights and duties.

Apart from activist projects, Hill is known for his books addressing youth in relation to race, culture and politics. He is also regarded for his work in journalism, which has earned him several awards from organizations such as the National Association of Black Journalists and GLAAD (Gay & Lesbian Alliance Against Defamation).

Na'ilah Suad Nasir, president of the Spencer Foundation in Chicago, called Hill "one of the most well-respected African American journalists and public figures of our time.” She even said Hill was one of the best speakers she had ever seen.

Doors will open at 5 p.m. and the celebration will commence at 6 p.m. Tickets are $20, with dinner tables available for $160. A limited amount of free student tickets are available at the Center for Student Involvement at the University Center. Additional student tickets will be $5 and all tickets include a meal, according to Blessy Joseph, graduate assistant for the Office of Institutional Equity and Diversity. This event was jointly arranged by the MLK Planning Committee and Office of Institutional Equity and Diversity.