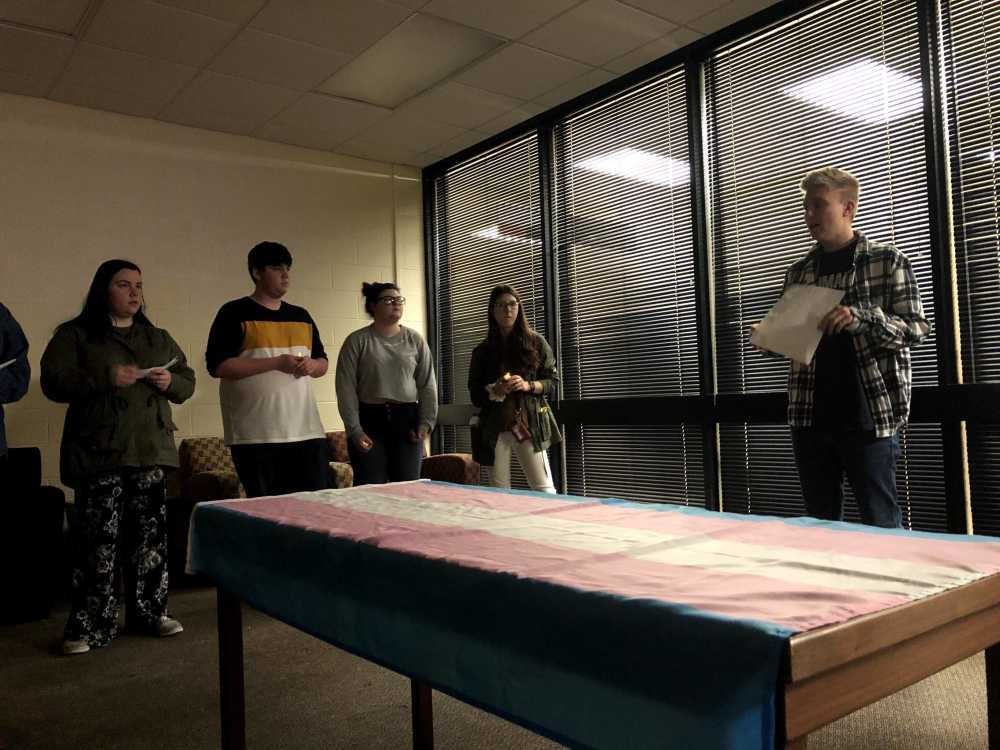 Graduate student Grayson Belling leads the candle lit vigil honoring those who lost their lives based on their gender identity.
Photo by Kennedy Meyer

The Resource Center and PRIDE held a candle light vigil on Thursday, Nov. 29, at the Center for Student Involvement where they read the stories of those who were killed in 2017 based on their gender identities for International Transgender Day of Remembrance.

Transgender Day of Remembrance was on Thursday, Nov. 20, but Southeast was on Thanksgiving break at the time.

All of the attendees held battery-operated candles and gathered around a table with the transgender flag laid across it. Each of the 22 transgender individuals who were murdered in 2017 had a short story of their life and how they died read aloud by both members of PRIDE and attendees. By the end of the vigil there were 30 some candles shining their light over the flag. 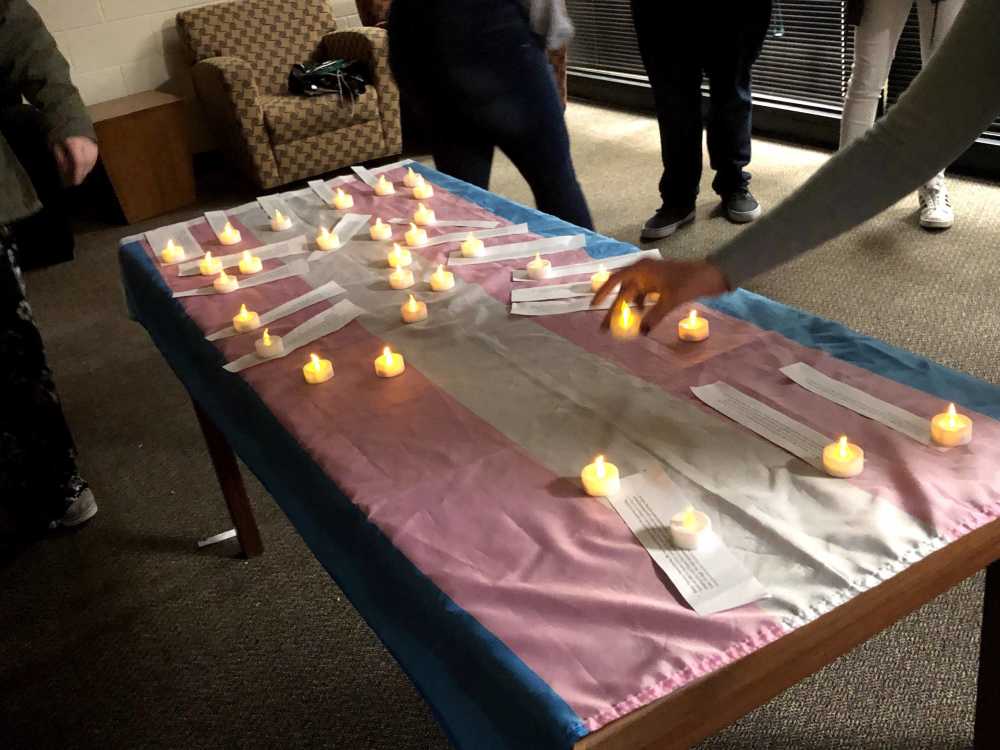 Attendees place candles on top of the transgender flag at the candle lit vigil on Nov. 29 in remembrance of those who were murdered due to their gender identity.
Photo by Kennedy Meyer

“Basically it's just to honor those who have been brutally murdered based on their gender identity,” Belling said about International Transgender Day of Remembrance. “There’s a disproportionate amount of trans women of color that are murdered. Just take a moment and honor them and come together and talk about these issues.”

Belling said he hopes for the vigil to start a needed conversation at Southeast, noting he wants people to understand the importance of issues even if they do not affect someone on a daily basis.

Psychology major Caitlyn Holmes attended the vigil in honor of her friend who was transgender and ended up killing himself in high school due to being bullied by other students.

“A lot times, in society, we go around and we’re so consumed with ourselves and we don’t really pay attention to other people, and I feel like that’s part of the reason why there’s so much hate and corruption in this world is because we don’t pay attention, we don’t want to know other people and we’re ignorant because of that,” Holmes said.

“It’s important for me to talk about these issues that are surrounding my own identity," Belling said.

Holmes noted the importance of spreading love rather than judgement.

“You never know what someone could be going through,” she said. “The one word you may say to them, doesn’t matter if it’s positive or negative, it could make or break them.”

Anyone looking to reach out to the LGBTQ+ Resource Center can reach them by phone number at (573) 651-2677 or email at lgbtq@semo.edu.