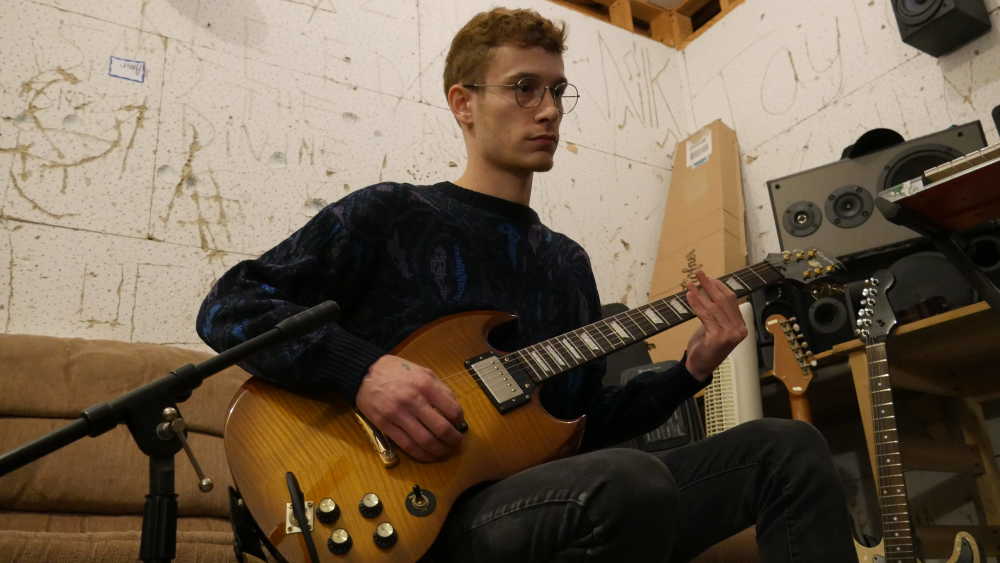 Local and original music in Cape Girardeau typically lends itself to some form of punk, southern or alternative rock, but in the last year a new sound has emerged on the landscape that is different from what audiences are used to.

Psychedelic, electronic and “indie” are a few of the classifications assigned to Noir Daze, the project of 23-year-old Southeast freshman Nik Scarpaci. Layers of synthesized melody and rhythm are combined with live drums, electric guitars, keys and bass to create the group’s unique groove.

Scarpaci said although Noir Daze is largely his own brain-child — he composes the songs and does vocals — his bandmates are responsible for bringing it to life. 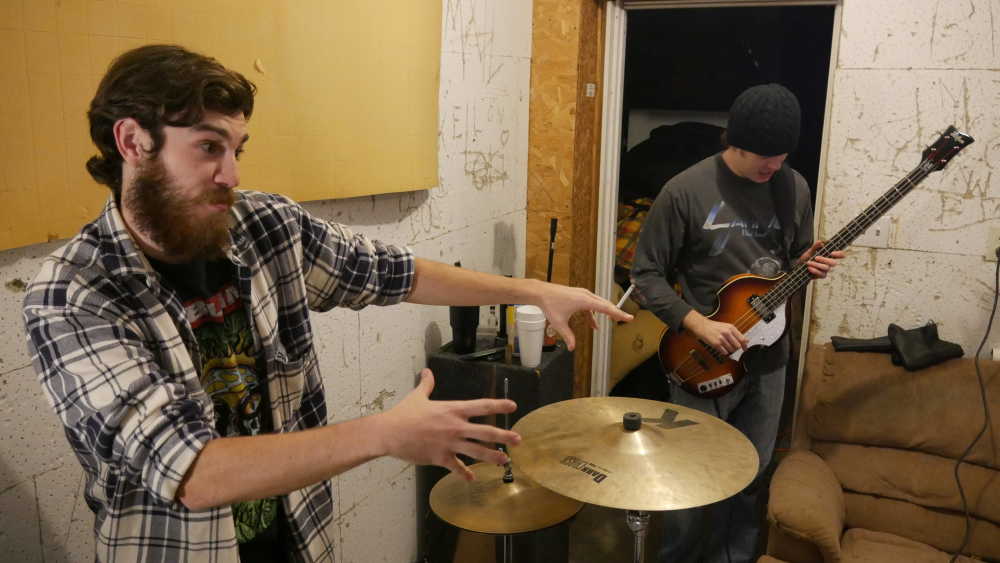 He had been a hip-hop artist but changed his focus around this time last year. He approached Ryan Hicks to play lead melodies on guitar and began laying down tracks. Before long the solo project evolved into a five-piece band with enough equipment to fill a music store.

“We met through the music, but, I mean, even if it stopped I’d still be bros with them,” Scarpaci said.

Noir Daze played Rocktoberfest in Perryville, Missouri, in October, their second show and first with new drummer Thomas Sanders, who also comes from a hip-hop background. The performance began with a minor mishap when one of Scarpaci’s pre-recorded loops malfunctioned, but upon re-entry of the seven-song-set, they did not miss a beat. Scarpaci’s original songs landed well with the audience and the band was flooded with positive feedback as they hauled their gear back out to the street.

“The best compliment we get is ‘This is so different from anything we’ve heard,’ and that’s the best compliment, you know? Even if I do hit a wrong note or play guitar like trash [laughs] it’s still good to hear that,” Scarpaci said. “People seem to enjoy it, and we just want to keep playing shows around here.”

Hicks said the group’s sound is influenced by artists like Neon Indians and Electric Youth, a genre he classified as synth or “retro wave.”

“I always wanted to do something like that, but nobody around here was going to do that — I was sure of it,” Hicks said. “But [Scarpaci] produced this himself and I really like that, so when he started looking for musicians I was right on top of that. It’s far different than anything people are used to.”

Scarpaci said each song in the band’s repertoire is vastly different, but they all have the vibe of nostalgia or past love.

He said he has been making beats since around 2012, but his transition from rap to this new genre came as a result of exhaustion with the negativity associated with hip-hop.

“It’s pretty one-dimensional with subjects,” he said. “It’s just something that wasn’t fulfilling.”

He composed the single “Find You” in January 2017 as a side project while maintaining focus on hip-hop.

“It was more fluid than anything I’ve written,” he said. “It was just out of curiosity, you know, to see what I could do if I delved into that path.”

People liked it so he made another song called “Everything,” and received the same reaction.

“I put it on the back burner for that whole summer, then in the fall I made my third single, “I Never Know,” and then it was, like, ‘This is what I want to do,’ so I started writing the album,” Scarpaci said.

Song-writing comes simply, Scarpaci said, but the songs are highly technical, with multiple parts written for each instrument — this is where multiple loops come into play.

“I can’t have six or seven keyboardist up there playing all the parts, so I get the help where I can,” he said.

The band will take the stage once more in 2018 for the Happy Slapowitz Toy Bash on Dec. 14 at the Rude Dog Pub with The Big Idea and The Shindig.

Noir Daze will play live for the first time in the new year Jan. 12 at the 4H Building for the SEMO Rage show along with alt-blues group The Bitter Folk (formerly Slow Ocean) and hip-hop artists Nori Miles, Amirical, Dreamer and Ethan Arnn.

To hear the latest music from Noir Daze, comfind them on Spotify or Apple Music or wherever music is available.