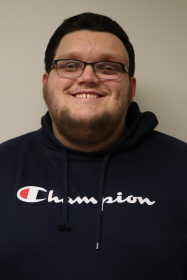 It was something I had dreamed about my whole life. Not only were the Rams back in the Super Bowl for the first time since 2002, they got to go against the hated, cheating New England Patriots. The same Patriots that 17 years ago taped the Rams’ practices and used that to shut down the Rams explosive offense and win Super Bowl XXXVI 20-17 as two touchdown underdogs, ruining the Rams’ potential dynasty.

Little did anyone know at the time, as the Rams dynasty was dying, the Patriots dynasty was being birthed. It just so happened the Patriots had the greatest NFL coach (Bill Belichick) and quarterback (Tom Brady) on their team at the time. That duo would go on to win four more Super Bowls, and the only team standing between them and their sixth Super Bowl was the same team that they had beaten to win their first.

The dynasty was going to end to the same team with which it began. It was perfect symmetry. It was the stuff out of a movie. You couldn’t have written a script any better than this.

I remember none of the first Rams-Patriots Super Bowl; I was barely 5 years old when the game happened. The only thing I remember about being a Rams fan was a lot of losing. They did not have a single winning season from 2004 until 2016. Thirteen straight losing seasons. And I loved and supported them through it all.

Every year I thought “This was the year.” I watched as they went 6-42 over three seasons. In 2010, I watched them lose the division and their playoff spot to the Seahawks and their backup quarterback in a winner-take-all Week 17 game. In 2014, I was at the game when the Rams knocked off the defending Super Bowl champion Seahawks, only to finish 6-10. All of this suffering should have made this Super Bowl even sweeter.

Except the Rams are no longer in St. Louis. They had moved to Los Angeles, ripped away from us by Stan Kroenke. He used a loophole in the lease for the stadium to try and extort St. Louis citizens for a $1 billion dollar stadium fully paid for by the people of St. Louis. When St. Louis said no to his ridiculous proposal, he moved the team to Los Angeles, paying $645 million to relocate and breaking ground on a $2.5 billion dollar stadium paid fully out of his own pocket.

And so I tuned in for Super Bowl LIII featuring the Los Angeles Rams and the New England Patriots just like 100 million other Americans did. Instead of feeling the joy I should have and would have felt if it had been the St. Louis Rams, I just felt hurt, angry and empty.

Maybe if some time had passed and the wound could have healed it would have been okay, but they were in St. Louis just three years ago. It was all too soon. It was what I imagine it would be like to see the love of your life marry someone else. I gave the Rams everything I had and the only thing I got in return was heartbreak and agony. Sunday just added more.

The outcome of the game did not really matter all that much. Watching the Patriots win did not make me feel good, it still hurts all the same. It should have been us up on the altar with the Rams, but as it turns out life isn’t always like the movies. You don’t always get your storybook ending. Sometimes the bad guy wins, as the people of St. Louis know all too well.