No, ESPN is not covering Zion too much 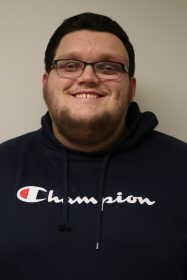 I have recently seen some backlash to the amount of coverage ESPN is giving the Duke men’s basketball team, and specifically star player: freshman sensation Zion Williamson. ESPN has been known to do this on more than one occasion, and often it proves unwarranted hype, but in this case, ESPN is 100 percent in the right.

Most of the college players that ESPN talks about and hypes up are your standard All-American players. Trae Young, last year, for example, was a tremendous player who received the same hype Williamson is getting now. No disrespect to Young, but Williamson is not your typical All-American.

Williamson was without a doubt the most talked about high school player since some guy named LeBron James. That wasn’t even because of ESPN either; it was strictly social media. Williamson has a perfect game for the age of social media: He’s a walking highlight reel.

He can absolutely soar and he has no problem getting fancy on a dunk. The Twitter videos, the YouTube clips, and HouseofHighlights Instagram feed led to something unparalleled: Williamson has upward of 3 million followers across Instagram and Twitter, way more than any other college basketball players. Clearly, social media following is not the only way to determine who should be talked about, but it shows people have a desire to know what Zion is doing and saying. And that’s a slam dunk for ESPN, which makes its money by packaging it for viewers.

Williamson is not just a creation of social media, however. He came in with most people assuming he’s just a dunker. It turns out, he can play some basketball, too. In fact, he might be having one of the greatest individual college seasons of all time. In 29 games, he is averaging 22 points, 9 rebounds, 2 assists, 2 steals and 2 blocks per game. Maybe not the most eye-popping statistics on the surface, but dig into the statistics a little bit and it will blow you away.

He is scoring those 22 points on only 12.5 shots a game, shooting 69 percent from the field, including 76 percent on 2-point attempts. His effective field goal percentage, which is a formula for field goal percentage that takes into account that threes are worth more than twos has Williamson even better at 71.7 percent, which would rank in the top 10 all-time for a season. His player efficiency rating (PER), which is a metric developed by John Hollinger to put all of a players contributions into one number, is a whopping 42, which would shatter the previous single-season record of 36.9.

With Williamson in the lineup, the Blue Devils have lost just two games by a total of six points. He came back after a three-week layoff from a knee injury just in time for the Atlantic Coast Conference tournament, and in three games averaged 27 points, 10 rebounds and missed 10 shots total in the whole tournament on the way to leading Duke to the tournament title and earning tournament MVP.

This combination of efficiency and volume is like nothing we have seen in college basketball. Mix in the highlight reel plays and what else is ESPN supposed to do?

Now, I understand that there are other great teams out there — Virginia, North Carolina, Kentucky, Michigan State and, Tennessee — all of these teams are deserving of coverage. They are great teams and they make great plays. If you are a fan of these teams, I can see where you might want to complain. And maybe that’s not even your gripe — maybe you are just tired of hearing all about Zion and Duke.

Most of the time, you would have an argument about the excessive hype. That is just simply not true in this case. He is almost certainly going to be the No. 1 pick in the upcoming NBA draft. I think you can’t talk about him enough. So quit being a hater and enjoy the Zion experience. Take it all in and soak it up because we have never seen anything like this before, and we probably never will again.