Southeast closes season with a loss to Belmont 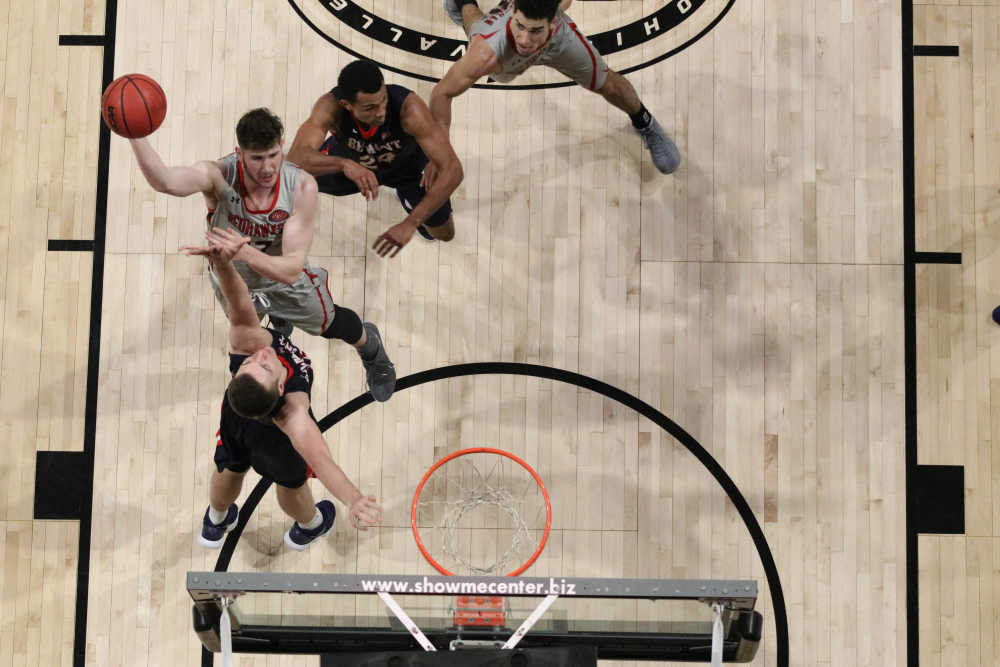 Senior center Mark Laros puts up a shot in the paint against Belmont on March 2.
Photo by Kate Marshall ~ Photo Editor

Belmont, the number 1 ranked team in the Ohio Valley Conference, went on a 10-3 run to start the game. Southeast fought back and tied the score 13-13 with 13 minutes left in the first half. That would be the closest the Redhawks would get the entire game.

Three minutes later with 10 minutes left in the half, Southeast already trailed the Bruins 25-15.

The Redhawks were never able to come out of a double-digit deficit.

“You got to pick your poison with Belmont,” Southeast coach Rick Ray said,” they are so skilled they can cut you in a whole bunch of different ways.”

At half time the Redhawks trailed Belmont 45-48.

Southeast struggled offensively the whole game. The Bruins continued their lead and pushed it to 20 with 15 minutes left in the game, making the score 35-55. Their biggest lead came from 1:28 left in the game when they widened the gap to 23. Belmont claimed a 16 point victory against the Redhawks at by the end of the night.

Senior center Mark Laros was the only Redhawk that reached double-digit scores putting up 12 points for the night. Freshman forward Gabe McGlothan was held to just 9 points and 9 rebounds for the night.

Southeast ends their season with an overall record 10-21 and an OVC record of 5-13.

Lewis, a walk-on for Southeast, spent two seasons with the Redhawks, has played in 53 games and had two career starts.

Laros spent two seasons with the Redhawks and put up a total of 253 points, 156 of those this season.

“I thanked those guys, [Dalton, Lewis, and Laros] and told them how appreciative I was for them sticking with the program and remaining loyal to us,” Ray said.