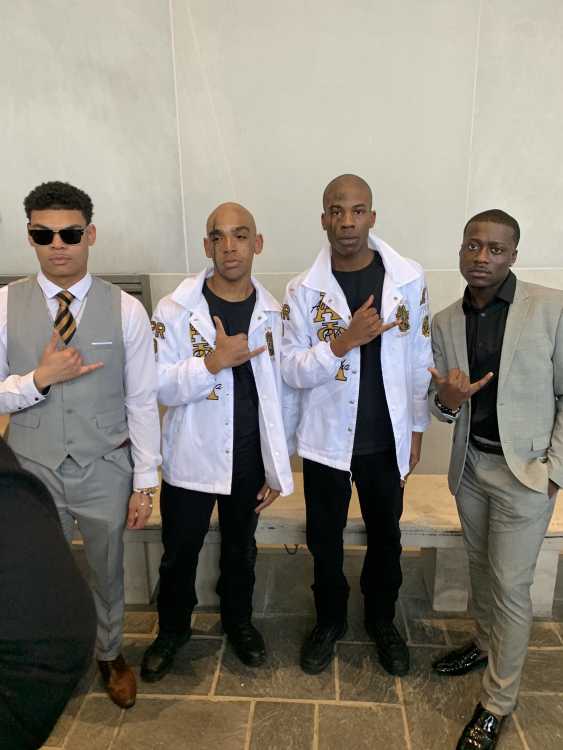 Southeast students Jerrick Fayne and Deshawn Smith were celebrated at a special ceremony they call a Neophyte Presentation, or for shorter terms, a probate. 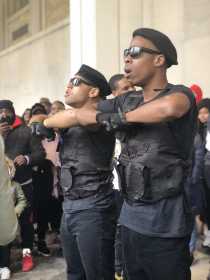 These presentations are known to get the African American community together as one, feed their curiosity, support new and old members.

“I’m going to the probate to support the Alphas and support African Americans. It’s nice to see what all they have accomplished,” Southeast student Kayla Booker said.

President of Southeast’s NPHC and member of Delta Sigma Theta Sorority Incorporated Jaleea Hudson-Wilson shared another reason why supporters are eager to witness events such as this. 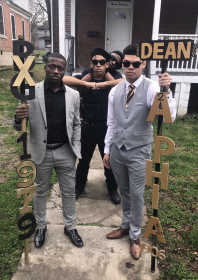 Shamar Turner (left) Jerrick Fayne (middle) Deshawn Smith(back) Marquise Bradford (right) posed for a photo before they made their way to the probate.
Photo by Karis Gamble ~ Arrow Reporter

“Being able to have and showcase the new members of the organization to the campus for the first time makes it exciting to watch,” Hudson-Wilson said.

The two initiates gave a powerful presentation, sharing songs and history about their organization. Nearly 100 supporters surrounded the two to witness the event.

“Due to the fact we are at a Predominately White Institution, the Divine Nine is not acknowledged as it should be like on other campuses,” Turner said. “Because we went from one member to four in a year’s time, it is important that we celebrate our growing numbers.”

Vice president Marquise Bradford shared one of the important reasons of having a Neophyte presentation from a member’s perspective.

“It is important to present the new members of the organization along with displaying the knowledge learned. It’s a celebration and brings the organizations of the Divine Nine together,” Bradford said.

After the presentation, family members, friends and fraternity brothers took pictures and presented gifts to the new initiates.

The new members had nothing less of smiles on their faces and expressed their anxiousness in starting their new journey.

“I feel thankful to be a part of Alpha Phi Alpha. I look forward to holding up the quality of the brotherhood and being a great model in my community,” Fayne said.

Smith also gave a few words on how he felt about his new membership.

“It’s kind of surreal. I have been wanting to do this for a long time,” Smith said.