A Call for Street Psychologists 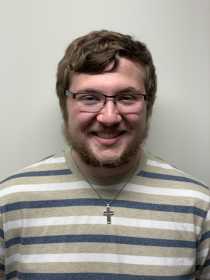 As I understand it, if there’s something going around these days: hard feelings. With the personalized culture, there seems to be less and less interest in breaking social confines, as the social appears more asocial. Well, I would prescribe that college students and lifelong students alike need to take special note about the topic of psychology. Who am I to say? Well, I’m not a psychology student.

To the resentment of those like Niles Crane, I suppose what I’m encouraging is pop psychology, but taken up by the layman. The reason, I think you’ll agree, is because people can be a lot sometimes, and it’s best to take them bit by bit. Last June, David Brooks of the New York Times touted what he called “personalism,” an essential philosophy suited to cure what ails this time. More than any piece I have read in a while, I believe him and his insight into this point-of-view that asks us to take people for the substantive and organic people they are.

To those of you still reading after I apparently just discredited myself as someone outside the field, I would say it’s appropriate for me, as someone who has no real qualifications, to reiterate the importance of being a layman. If you’re going to get to know and (possibly) love your neighbor, you need to know thyself. Or yourself, depending on who you are. It’s the proverbial golden rule, which I would admonish to you as a Christian.

What I’m calling for is “street psychology.” Ultimately, it is a matter of giving people the consideration and recognition they deserve, not through excessive praise but by giving them the empathy that moves things along. Not to be a bigger person, but to be the sort who diffuses issues as they arise. Generally, people are simpler than you think when seeing them through the lense of yourself.

University standards already require students to take a variety of classes with the intention of making them well-rounded. There are a number of things, including the sciences, history and philosophy that should be taken advantage of. We can all remember that song covered by every ’60s singer and Leonard Nimoy, “Think of your fellow man/Lend him a helping hand/put a little love in your heart.”

Well, there’s something to keep in mind with that: you don’t really know all that much about yourself. At least, not the person other people know. Perhaps it’s just me and my socially (e)strange(d) quality that makes me realize this, but it’s something you think about when you hear yourself on the recording. Cringing when I hear the sound of my own voice isn’t a luxury I’ve been able to keep now that I’m on the radio, but the principle is still there. People don’t hear the voice you hear. They don’t see the face you see in your mind, which is something I’ve had to get used to because I’ve been told I make some unpleasant expressions when I’m not aware.

I have been told I have a fairly expressive appearance, i.e. I don’t have a poker face. In fact, I have been told I make some strange expressions and have at least once pledged to do a project paneling out the “many faces of Clayton.” Perception is everything, but talking to yourself in the mirror just isn’t the same as meeting yourself on the street. You aren’t really aware of who you. So just be genuine, and I tend to think people, more often than not, are typically warmer.

If you’re going to understand why people are rude, or withdrawn, or foul, or cruel, or sullen, you need to know what makes them tick. Because if you know what makes people tick, you can get away from them before they go off. There’s a lot that goes into being a human. It’s all of our insecurities, ambitions, quirks and inhibitions, that make us who we are and ultimately make us suck at interacting with each other. For the layman, it all cracks up, not to terminology, or knowing William James or Sigmund Freud. It’s the simple fact that pretty much every arrogant moron or jerk you meet is compensating from some extreme insecurity. In simple terms, you can be your own handbook to understanding your fellow man.

In the current social setting, when folks are burdened with the pathology of perfectionism and a crushing sense of defeat when they cannot attain it, the biggest and most important thing is to remember how significant personalism is. We have entered what some, including Sen. Ben Sasse, a loneliness epidemic. Our call, in return, is to have a tactic to our compassion. First, by understanding ourselves; then by finding ourselves in others.