Softball celebrates Senior Day with a doubleheader sweep over EIU 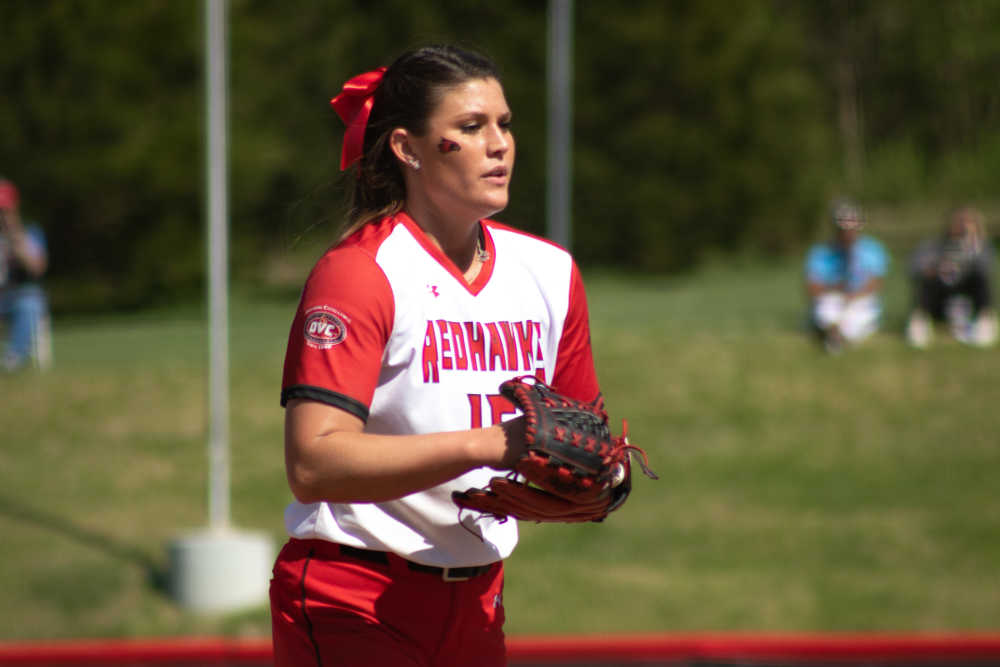 Senior pitcher Haley Thogmartin stares down a batter during a doubleheader against Murray State on April 15.
Photo by Kate Marshall ~ Photo Editor

The Redhawks took care of business on senior day with a doubleheader sweep against Eastern Illinois on Saturday, April 20.

Game one of the series lasted five innings as the Redhawks won 11-3. The Redhawks followed with an 8-5 victory in the second game.

Junior left fielder Claudia Gallo set the tone early in game one with a two-run homer to right-center field. 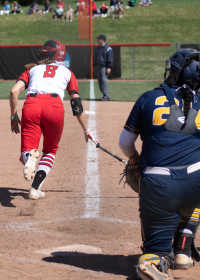 Senior second baseman Parker Bandy cranks out a base hit in a doubleheader against Murray State on April 12.
Photo by Kate Marshall ~ Photo Editor

Not long after, junior Ashley Ellis added to the energy with her 13th home run of the season, giving the Redhawks 3-1 lead at the end of the first.

Senior Sarah Messex added her sixth home run of the season with a three-run walk-off homer to left-center field in the fifth inning.

Haley Thogmartin was credited with the win.

In the second game, Rachel Anderson put the Redhawks on the board early with her eighth triple of the season to score Gallo. Anderson later scored on a double by junior Addison Barnouski to make it 2-0.

Gallo had herself quite the day with her second home run in the third inning, then hit a three-RBI triple that gave the Redhawks the 8-5 victory, with sophomore Rachel Rook earning the win on the mound.

Earlier this week, the Redhawks dropped a doubleheader series against Missouri on Tuesday, April 23 in Columbia, Missouri. The Tigers won 4-1 and 4-3. Holding a current record of 35-14, Southeast will take on Tennessee Tech in a doubleheader on Friday, April 26.

Messex, Parker Bandy, Mykaela Arellanes and Thogmartin held down their positions at shortstop, second base, right field and on the mound, while Mackenzie Long took the field as catcher during game two.