Proving the workload as a club sports athlete 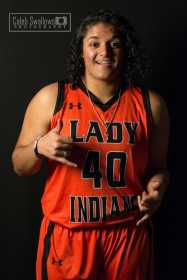 Despite not having a Division I scholarship to play basketball at Southeast, sophomore KP Pierre still managed to find a way to bring her passion for the sport back into her life.

She organized and finalized Southeast’s women’s club basketball team that debuted this semester and currently holds a roster of seven, including herself.

As a club athlete, Pierre spends her time managing the team, playing the role of teammate, coach and teacher.

For Pierre, basketball has always been a part of her life since fourth grade.

“I’ve been a part of sports my whole life,” Pierre said. “It’s always [been] a big thing to me to be a team player, especially being able to lead a group of people, even if it’s one other person.”

The game of basketball has allowed Pierre to meet new friends, grow as a leader and gain more knowledge to coach others.

“Growing up and having people I look up to showed me what I need to do as a leader for other people,” Pierre said.

With the opportunity to once again play the sport she enjoys the most, Pierre works hard to make it an enjoyable experience for her teammates, now and in the future.

“I want to set up an atmosphere where people are willing to come, have fun and play,” Pierre said.

The game has given Pierre a lot to be thankful for, but an injury during an intramural contest has sidelined for the majority of the semester.

“I shattered my middle finger in 15 places down to my wrist, I broke my pointer finger in four places, I broke my thumb and my wrist and I have four rods, four screws, two wires and one plate,” Pierre said. “I still set up the practices and show them the drills. I still want to be a teacher because I have been playing basketball for a really long time. Some of the girls have only played for a couple of years, but they want to learn. I still try to be a part of it regardless if I’m playing or not.”

She already is planning club goals for next semester. Pierre hopes to grow the club and gain more recognition through acts of community service.

In her short time at Southeast, she has put together an impressive resume while pursuing a criminal justice degree. She referees intramural sports and works as an activity and operational center attendant at the Recreation Center, all while being a dedicated club athlete.

She has learned to balance it all.

Pierre said a good way for her to stay organized is planning ahead.

“Every Sunday I have a planner and plan all of the things that I need to do for the week,” Pierre said.

She also uses whatever free time she has to better herself as an athlete.

“I try to do most of my homework throughout the day, and anytime I can go away for two hours I go and workout,” Pierre said.

Pierre’s biggest goal, however, is to one day become a police officer and follow in the footsteps of her mom.

The jobs she has now as club president and at the recreation center allows her to polish her skills that will be used later in life.

“It helps me especially with my communication skills,” Pierre said.

Being able to write contracts for tournaments, sort out situations her team may have and complete paperwork are all skills that will come in handy after college for Pierre.

“I will definitely have to do a lot of paperwork as a police officer, so learning how to manage that is important,” Pierre said. “Being able to talk and relate to people and connect with them I think will help me in the long run.” 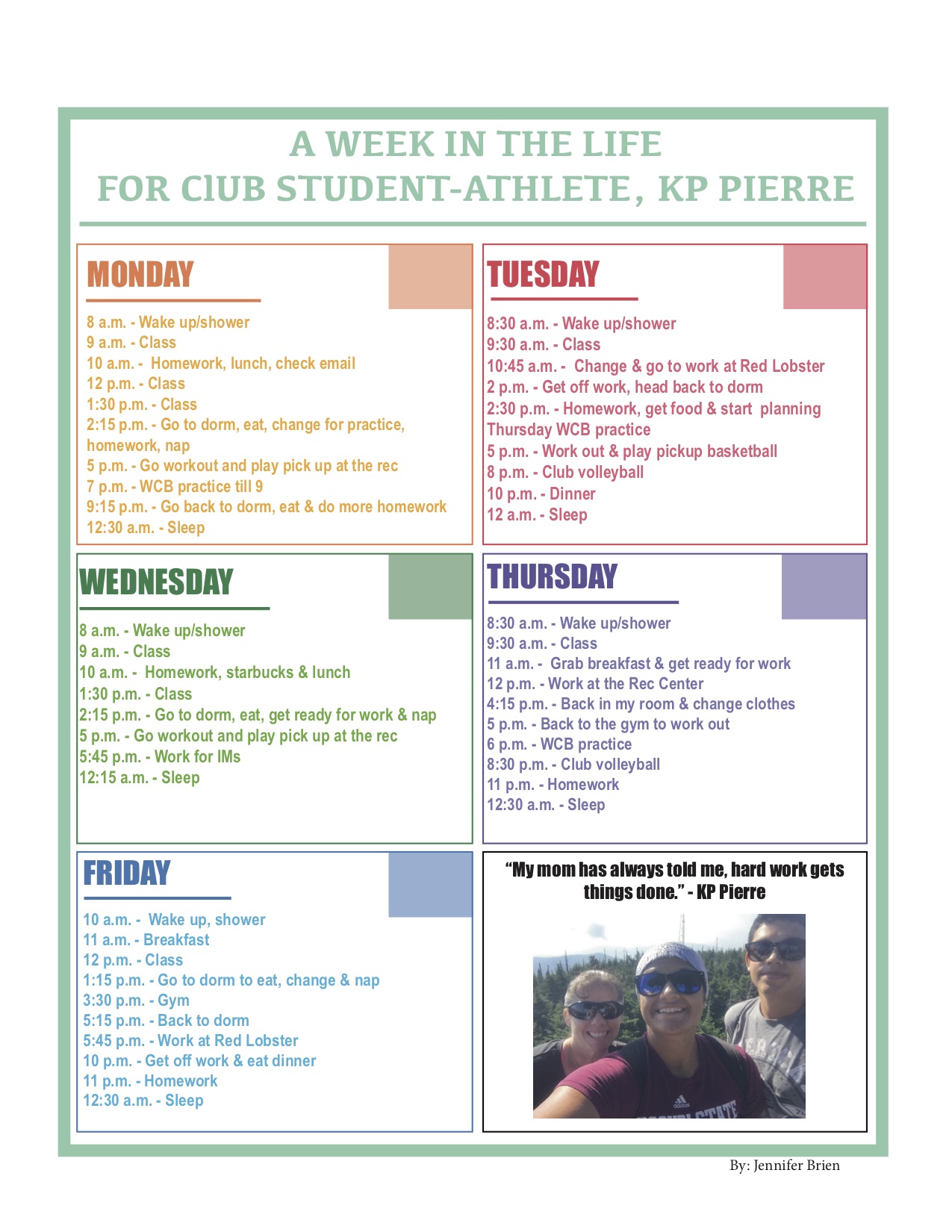