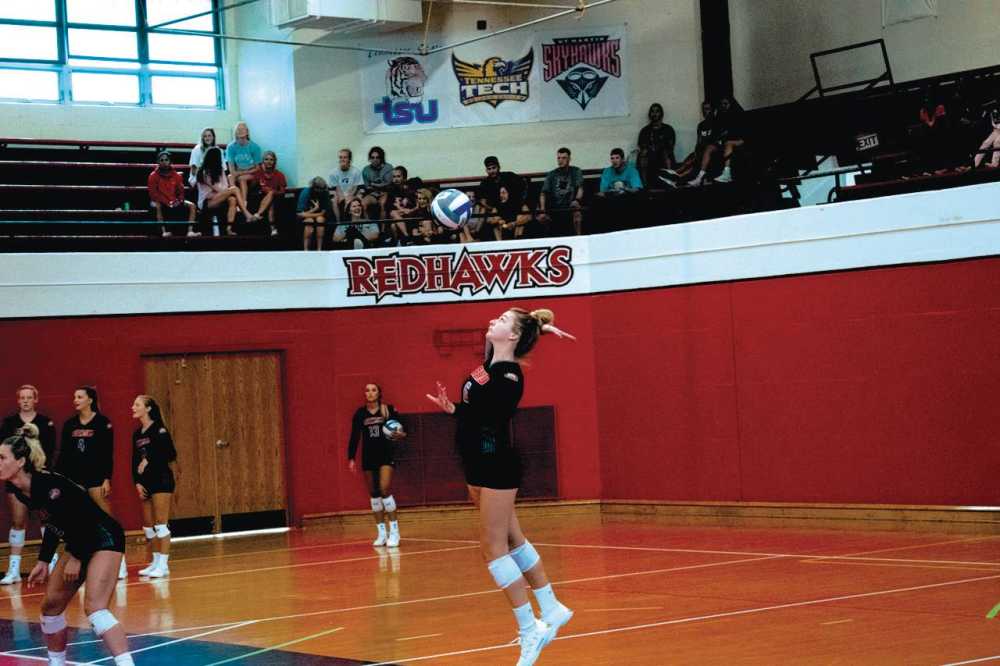 At the heels of a strong season, the Southeast volleyball team is approaching 2019 with high expectations for success. During the 2018 season, the team racked up their highest win total since 2013 and is hoping to see similar results this year come game time.

The Redhawks ended the season at 16-14 and picked up eight Ohio Valley Conference wins along the way.

The team is returning many players from 2018 including four seniors. Blocker Krista Berns, hitter Mikayla Kuhlmann, defensive specialist Emily Boggetto and hitter Annie Wehrheim are all heading into their final season and will lead eight underclassmen.

Wehrheim earned a place in the Second Team All-OVC during her first full season after her 2017 campaign was cut short by injury. She ranked eighth in the OVC in kills with 204 and kills per set (3.04).

Four freshmen are joining the Redhawks this season, and the team has spent the summer getting them acclimated and building chemistry. New Redhawks include outside hitters Kylie Plant and Zoey Beasley, middle blocker Talia Gouard and defensive specialist Tara Beilsmith. As the season approaches, players like Wehrheim are making an effort to be welcoming to incoming players.

“We’ve been helping them in the weight room and doing open gyms to get them used to the atmosphere and the culture of our team,” Wehrheim said.

The freshmen replace a four-player senior class that consisted of right-side hitter and Second Team All-OVC player Haley Bilbruck. Bilbruck was second on the team in kills (243) and blocks (81).

Southeast Coach Julie Yankus said she is excited for this year and has high hopes for the new players.

“We have Tara Beilsmith who obviously hasn't made a collegiate mark yet, but she had a ton of accolades in high school,” Yankus said. “She was an All-American, and she will do some great things for us this season.”

Yankus also praised veteran players who she expects will bring leadership and experience to SEMO as the season progresses. She hopes returning players will help the team achieve success.

“We return Annie Wehrheim who was All-Conference last year, so I anticipate another successful year,” Yankus said. “Claire Ochs is our setter, and I think she was close to an All-Conference nod, which she should get if we are successful again.”

The OVC is expected to be a competitive conference this season with defending champion Murray State headlining the teams.

“All of us on the team wants to get a ring and maybe win some tournament games if we get that far. We are all upset by our tournament turnout last year and it’s helped us grow in the offseason,” Ochs said.

Ochs is coming off a freshman season where she was named team captain and a starter before the season even started. She led the Redhawks with 1,104 assists, the fourth most in program history.

As the season draws near, the team has made changes to the blocking scheme to better complement the team’s strengths.

“We were eighth in the conference in blocking, so we've switched to a hybrid scheme so we can change depending on what our opponent is doing,” Yankus said.

A hybrid scheme, as Yankus describes it, is “a mix of swing and static blocking.” Yankus said the team played static last season. The new hybrid scheme will have blockers up front constantly shifting between tight positioning and spreading out, as well as using standard and swing blocking techniques.

Yankus said she looks forward to a few matches in particular, including the OVC home opener against UT Martin on Sept. 24.