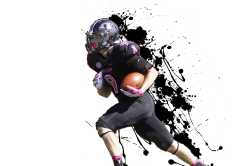 All eyes are on Southeast football as the 2019 season draws ever closer.

The Redhawks follow a season in which they matched their highest win total ever with a 9-4 record, won their first Football Championship Subdivision playoff game and had three players named as Associated Press All-Americans.

Senior outside-linebacker Zach Hall earned First Team defense, while then-seniors offensive tackle Drew Forbes and running back Marquis Terry were named to the Second-Team offense. Forbes was drafted in the sixth round of the NFL Draft by the Cleveland Browns. Hall also earned the Buck Buchanan Award, given to the top defensive player in the FCS.

Hall returns for his senior season and has been named to the Buck Buchanan Award watch list and the Sports Team Analysis and Tracking Systems preseason All-American First Team watch list along with senior wide receiver Kristian Wilkerson.

“I just try to give it my best every single game because I know other teams will always give us theirs,” Hall said.

As a team, the offense averaged a school-record 37 points per game and set the school record with 63 total touchdowns and 482 points.

The Redhawk offense in 2018 was bolstered by an experienced offensive line that started every game. Senior left guard Elijah Swehla is the only returner, as center Lucas Orchard, right guard Junior Pierre, right tackle Jimmy Keutzer and left tackle Drew Forbes graduated in the spring.

Junior transfers Ja’Chai Baker and Dane Nelson are set to play at left tackle and center, respectively. On the right side, junior Jaden Rosenthall will line up at guard and redshirt-freshman Nate Korte will line up at tackle.

“I think our offensive line is going to be one of our strengths this season,” senior quarterback Daniel Santacaterina said. “They have worked really hard to fill some big holes.”

Outside of the offensive line, Southeast has an experienced offense. Santacaterina is returning as a senior after an electric first year at Southeast.

Santacaterina was named First Team All-Ohio Valley Conference after throwing for 2,844 yards and 28 touchdowns. His passing yards, passing touchdowns and pass attempts (393) are all second on SEMO’s single-season record list. After just one season with the Redhawks, he stands just 18 passing touchdowns away from the school’s all-time record (45). Santacaterina has been named to the preseason All-OVC team as well as being named a preseason College Football Awards National Performer of the Year.

“He’s one of the toughest kids out there,” Southeast Coach Tom Matukewicz said of Santacaterina. “Ultimately, the belief that you’ll have a good football season comes down to the belief in your quarterback.”

The running back core remains strong despite the loss of All-American Marquis Terry. Junior Mark Robinson, sophomore Zion Custis and redshirt-freshman Geno Hess all return to the backfield and have had significant time with the Redhawks.

Two starters return at receiver this season in Wilkerson and junior Zack Smith. The duo combined for 1,371 yards, 105 receptions and 19 touchdowns in 2018.

Wilkerson is a preseason All-American and finished last season as SEMO’s leading receiver for the third straight year with 864 yards. At his current pace, Wilkerson will break the Southeast career records for receptions, receiving yardage and receiving touchdowns.

Smith finished the 2018 season with 477 yards and five touchdowns. Southeast played six receivers or more in every game in 2018. Sophomore Aaron Alston is listed as the third receiver and is followed by junior Colby Cornett and junior Taylen Waller who both saw play last season.

While the Redhawks appear to have the rest of the offense locked in, a preseason injury has left an unknown for the team.

Tight-end starter Austin Crump is out indefinitely after tearing his pectoral muscle before practice started, leaving red-shirt seniors Bud Hilburn and Eric Williams and red-shirt freshman Caleb Strauss to fill the void. Hilburn has the most experience of the three, playing in 25 games in his career and logging one catch.

The defense is headlined by Zach Hall, who racked up many awards in the offseason. Hall started every game in 2018 and ranked first on the team in tackles, interceptions, forced fumbles and solo tackles. Hall’s efforts in creating turnovers helped the Redhawks rank No. 1 in the FCS in turnover differential (+24).

Joining Hall at inside linebacker are seniors Devin Alexander and Nick Thompson, junior Britt Harris, sophomore Cleyton Gracie, and freshmen Mike Matthews and Rasean McCauley. Alexander missed the 2018 season with a broken foot but had 33 tackles in eight games in 2017. Thompson and Harris played all 13 games for the Redhawks in 2018.

“The team leaders are definitely our seniors,” Matukewicz said. “They have the chance to leave as the winningest class in school history.”

At outside linebacker the Redhawks return both senior Justin Swift and junior Omardrick Douglas. Swift was named to a preseason All-American team and ranked first in the OVC in tackles for loss and forced fumbles. He led the team in sacks (8.5) and tied for first in interceptions with Hall (4). Douglas is no slouch on the other side, as he ranked third on the team in tackles (88), sacks (3) and tackles for loss (3).

Southeast's defensive line boasts three returning starters and a new defensive line coach in Jerome Williams. Senior Clarence Thornton, junior Detterraion Richardson and redshirt-senior Ryan Ochoa all return for another year at SEMO at defensive tackle. The trio accounted for 7.5 sacks and 33 starts. The line has plenty of depth, with four others returning who played in 10 or more games.

SEMO’s defensive backs are following a season in which they accounted for 12 of the teams 23 interceptions. Five starters return; seniors Al Young, Taj Jenkins and DJ Freeman as well as juniors Bydarrius Knighten and Marcus Lucas.

Knighten returns to free safety after making First Team All-OVC last season. He started all 13 games and made 88 tackles, one interception and nine pass break-ups. Lucas comes back to strong safety after a 45-tackle and two-interception season. Jenkins also returns to safety after starting seven games in 2018.

Smith returned punts last season and gained 188 yards on 17 returns. Custis took kickoffs back and he finished fifth in the nation in return average (33.1 yards per return). Custis also had a 97-yard touchdown return against Eastern Illinois.

“I think Zion Custis is on the come up and will be a household name when it's all said and done,” Matukewicz said.

Football kicks the season off against Southern Illinois University on Aug. 29 in the 87th matchup between the teams and the second annual War for the Wheel at Houck Stadium. The Redhawks will be donning their new blackout jerseys and will bring the wheel trophy to the stadium after winning last season’s matchup in Carbondale.

The 2018 War for the Wheel was a shootout by all accounts, with the Redhawks claiming a 48-44 victory in a game marked by 10 lead changes. Terry ran for four touchdowns and a conference-record 311 yards, but it was a touchdown pass from Santacaterina to Crump with 25 seconds left that sealed the deal and gave Southeast the victory.

Summer training for the Redhawks focused on getting fit for games like these and working hard to maintain the consistency shown in 2018.

“Our team did hard things in the summer and should be ready to do hard things this fall,” Matukewicz said. “We made them question humanity in the offseason.”