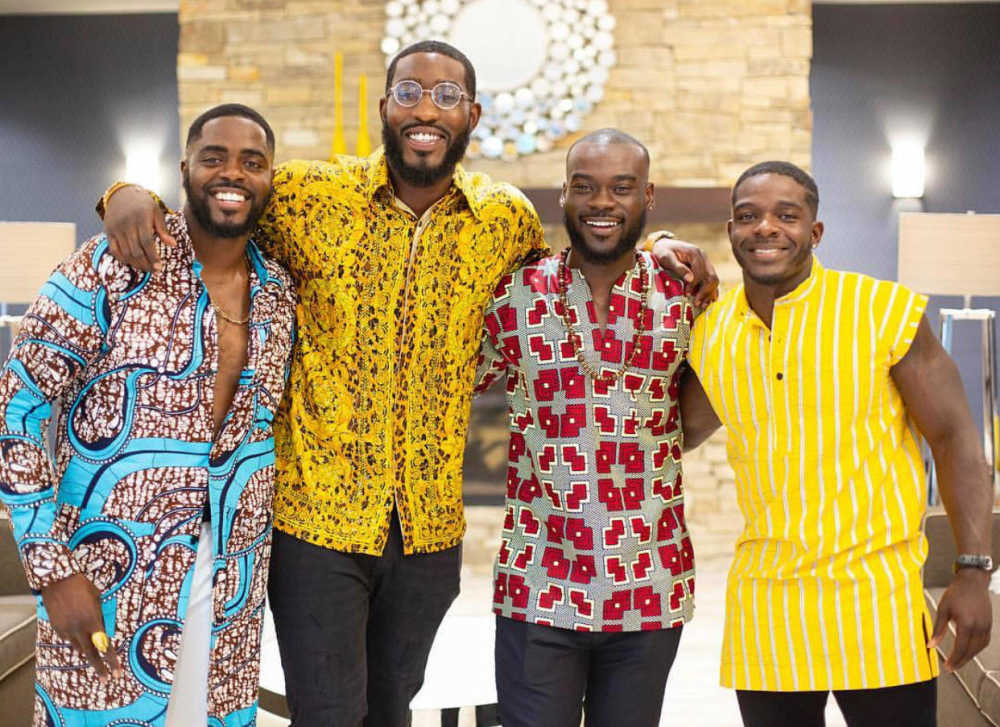 Tying ties and changing lives are the focus of a mentorship program founded by four former Redhawk sportsmen, which has been formally adopted by Cape Public Schools this fall.

The mentors’ shared athletic background is their most attractive feature to the young men they seek to guide. All four were college athletes between 2009 and 2015 — Akorful, Andrews, and Jean played football for Southeast together, while Adeoye played basketball at other institutions but began emerging as a defensive end prospect late in his college career before being drafted into the NFL.

Adeoye is currently under contract with the Baltimore Ravens as an outside linebacker — a career that the mentors aren’t afraid to use as one example of an attainable future for the young men they work with.

“We also utilize what we’ve done, plus what Aaron is doing. We’re not dumb.” Akorful said, speaking on how mentors actualize the futures they’re exemplifying to students.

While their athletic careers capture some of the student’s interest and trust, the common ground between the children and the mentors allows them to converse from a perspective that makes them more understandable to some students.

As mentors, the men running HYMC aim to be actively involved in helping to correct and understand the behavior of their mentees.

“If we fix that behavior, that kid can walk around the school with his chest high, and the grades are going to follow,” Akorful said of the process.

While most of their students are selected individually or on recommendation from school faculty, Andrews can recall more than one student who found the club on his own and adopted its discipline.

“We didn’t want to turn anyone away, but (the mentee) became one of the most impactful kids in the program. Even though he didn’t need it, everything we told him he took it and ran with it,” Andrews said, “some of these kids are really bonded to it. Now they’re leaders in the program, in school, and outside of school,”

HYMC is based at Cape Central Middle but is continued through the Cape Public School system by way of the junior high and high school. The club acts as a bridge between students and teachers to clarify communication and reconcile behavior.

Within the HYMC, two mentors at a time work with students who express a need to vent, seek guidance, process thoughts or relax their minds The club offers athletic equipment, computers, yoga mats, and music to suit the club’s needs — Akorful said the latter has been a reason for reprimand from school officials but has been kept under control for the most part.

While two mentors work in the Club, a third mentor walks the hallways of the school and enters classrooms to interact with teachers and students. The mentors believe this type of repertoire-building creates a village of members backing the students while occasionally sitting in with a student whose day may not be going to plan.

Jean describes that process as, “Creating a better learning environment for the teacher and the class.”

The mentors agree this may be a benefit of them reaching a coach’s level of respect in their mentees’ eyes.

They reflected on their own coaches stepping into class now and then not only to check on their athletes but to make their presence known.

The influence of a male role model on boys— specifically an athletic role model — is one of the HYMC mentors’ sharpest tools, and they’re well aware.

Imparting basic knowledge early in life is special to Andrews, who remembers not being able to tie a tie in his early 20s.

Andrews’ story of growth serves as a great example to many of the young men the mentors work with, Akorful

Andrews, like many of the young men the club interacts with, is from the south side of Cape and speaks about pulling himself out of a less than favorable situation.

“With him being from around here, we kind of just let him take over when he speaks and it really empowers the students when he says, ‘Hey I know you boys are from South Cape, some of you don’t want to be in this predicament — how can you figure out how to better your mom or better your parents or community?’ All of these things he utilizes from being here.” Akorful said, “He can do that — I can’t name the street I’m from or the kids would be like, “Dude you’re from Africa, you can’t relate.” Akorful said.

Though this is their pilot year working in the schools and fifth year running the club, the mentors aim to work with coaches like they do teachers by maintaining communication about their mentees’ behavior.

“We want to know how can we help teachers and how can teachers help us to be that bridge and keep that fluid motion,” Akorful said of the program’s behavior refining efforts.

The HYMC mentors said the club receives support and accommodation from the community, and the mentors say they are proud of the effect they’ve begun to see in the young men they work with and how they interact with their environments.

As mentors approaching six years since the inception of the organization, the men believe their goals and focus have not shifted, yet their reach and influence has grown steadily.

As they described the changes seen in their older mentees and the way those young men have come to interact with the world around them, their purpose has become realized. The HYMC is using a vast understanding of athletics and self-management to introduce an under-privileged demographic of young men to skills and habits that will guide them in all segments of life, starting in the classroom.