Carli Knott, Home-Town Hero is ahead of the rest in the OVC 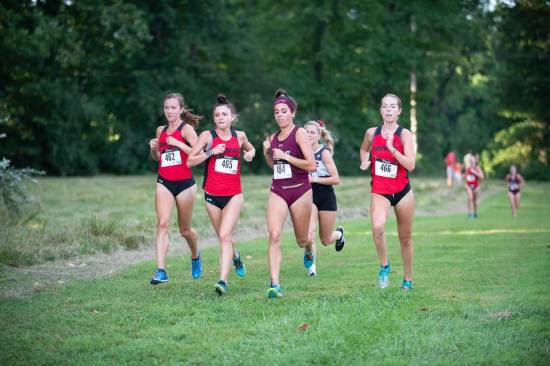 The Jackson native finished third overall at the Saluki Invite on Aug. 30 with a time of 18 minutes, 37.11 seconds. She was runner up at the Bradley Intercollegiate meet with a personal record of 17:26.5 on Sept. 21.

In 2018, Knott finished with First-Team All-Ohio Valley Conference honors. She became the first Southeast athlete to achieve an OVC Weekly honor this school year after being named OVC Co-Female Athlete of the Week following the Bradley meet.

Southeast coach Ryan Lane said he has high expectations for Knott this season.

“Our first goal is to achieve First-Team All-Conference and then Top 50 in the regional meet,” Lane said. “Now, she’s a redshirt-junior for cross country, so we will have next fall to try to build on that, as well.”

Lane admits these are both significant goals to accomplish, but he is certain in this season or the next they will be achieved.

“The thing she does best in our sport is her dedication to doing everything correctly,” he said. “Whether it’s staying healthy or working on her fitness gains, there’s really nothing she’s not willing to do as long as she’s told to do it.”

Knott’s run of excellence started her sophomore year of high school after she went to state in the 400 meter race.

After realizing she loved running, she surprised herself by wanting to continue to do so at Southeast. Knott knew from the moment she met coach Lane the two would work well together.

“At first I was against coming to SEMO because I was from Jackson,” Knott said. “But I immediately fell in love with the campus and coach. I knew it was a good fit for me.”

The bliss shortly faded whenever back problems she suffered in high school reemerged during Knott's first cross country season in college. Knott had ignored the pain her senior year, but could not keep running away from it then. During a checkup the team's chiropractor discovered a genetic defect in her lower back, and Knott thought her running career could be over. She quickly began therapy for her back, and it has helped her return to running comfortably.

“They did not realize how serious it was,” Lane said. “But now that she knows how to stay healthy, she has had no more problems.”

She continues to see the team doctor weekly, and the pair has worked diligently in order for Knott to run pain-free.

“It’s been a long progression since my freshman year, but it’s been a good one.” Knott said. “The older girls motivated me when I was young, but now I enjoy being the upperclassman and get to oversee everything.”

Not only is she looking out for her teammates, the underclassmen have also begun watching and following her lead.

“She’s watched by the younger athletes, and they follow her because they want to be as fast as she is,” Lane said. “So her running style is perfect for the way I coach, which is, ‘you’ see Carli running fast using that form, then ‘you’ will, too, if ‘you’ do what she’s doing.”

Knott appreciates how all her teammates push her, but also said she is grateful for the mentorship Lane has provided on and off the course.

“[Lane] has worked well with me to become a better person,” Knott said, “Not only just a better runner, but to develop into the best version of me.”

Cross countries next meet is Friday, Sept. 27 at the Gans Creek Classic in Columbia, Missouri.