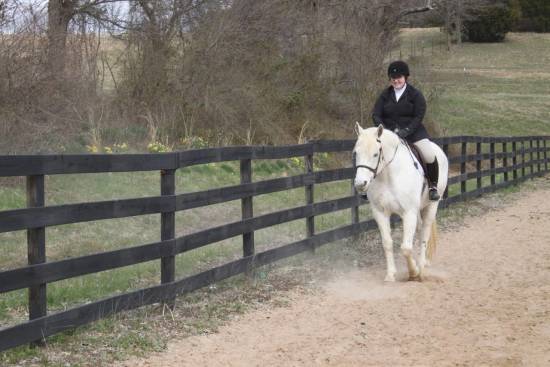 The Southeast Equestrian team has been a staple on campus since 2010 when it first began competing.

The horseback riding sport and several other events are included at any one equestrian competition. Show jumping — when a horse carries a rider over a series of obstacles and tries to commit as few errors as possible in the fastest time — is most prominent at the college level.

The team at Southeast has 15 riders, all of whom are separated into five classes based on skill. Vice President Hannah Isenman is currently in the limit class and explained the difference between the classes.

The first class is introductory where members learn to walk and trot. Pre-novice and novice are the next highest and are separated by points earned. Limit is next and this is when members take jumping classes. The most advanced classes are intermediate and open, with open being the most advanced.

Isenman has been a member of the equestrian team since 2017, and she said the team has changed a lot since she joined.

“Our members now are a lot more dedicated than when I joined, and it shows because we are growing a lot lately,” Isenman said. “We have a better dynamic and it makes people want to stay and get involved.”

Isenman said about half of the team has little to no experience and the other half has several years of experience riding horses. The team’s website assures visitors no previous horse riding experience is needed and anyone is welcome.

The team competes against other universities and is even traveling to new competitions this year.

The competition at Black Hawk College in Moline, Illinois, is Nov. 9 and 10.

Included with the competitions is the travel experience, one of Isenman’s favorite parts of being on the equestrian team.

“Traveling to shows and spending time with the entire team in one hotel is always super fun,” Isenman said.

Isenman said the team has a few different events they use to recruit new members, including their event called Ponies on Parker, which is held every fall.

“We bring the horses to Parker and we have a girl doing Western patterns and we have one girl jumping,” Isenman said. “It helps us attract more people because they like to see the horses.”

The team also goes to Show Me Days and other Southeast-sponsored events to look for new members. Isenman said the team has added nine new people this year.

“We have so many new people,” Isenman said. “Other schools don’t have nearly as many beginners as we do, which is really cool.”

For more information on the equestrian team, visit its website at redhawkequestrian.weebly.com.