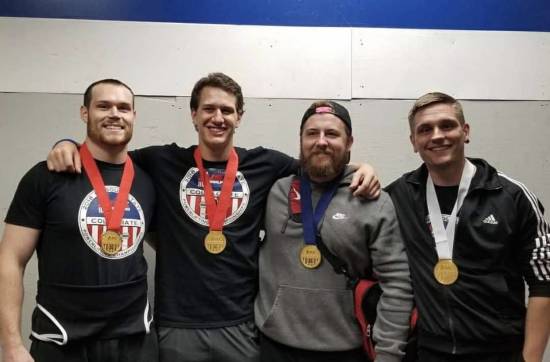 What began as a hobby for one Southeast senior has transformed into a new club on campus.

Cox played high school football as a defensive cornerback and offensive running back and wrestled, which required him to be around the weight room. After suffering a partial ACL tear while playing football, he made the decision to stop playing sports and transition to weightlifting. That decision allowed him to focus strictly on powerlifting.

“I was interested in powerlifting. I had a couple friends that were [interested] last year, but that group graduated,” Cox said. “It’s just like starting anew. That is why I opened it up to more people that weren’t as experienced.”

The club started as a “community” of people wanting to help each other with lifting. Cox said the focus right now is to open up the club for anyone, even beginners that want to learn or better themselves.

“Right now, the club is more entry level,” Cox said. “If anyone wants to get into it, they don’t need any prior training because we could offer that.”

The club currently holds fourteen members; three women and eleven men. All but two members are new to the club this year.

Because there is not a facility for the club to use, club members only meet one time a week to discuss progress. Cox’s vision for the future is to find an easily accessible facility that comforts the club’s needs.

“Right now, we can’t really have sessions at the Rec because there is not the equipment we need,” Cox said.

A future goal for the club is to compete against other schools. Cox said right now the club is more of a beginner, open, organization to get the fundamentals down and train to the point of competing.

Powerlifting consists of three main lifts: deadlift, back squat and bench press. The competition is judged and determined off of a lifters one repetition maximum.

Having support while lifting is one of the benefits of being in the club.

“Having people to train with that will do the best of their ability to help you out is the best thing,” Cox said.