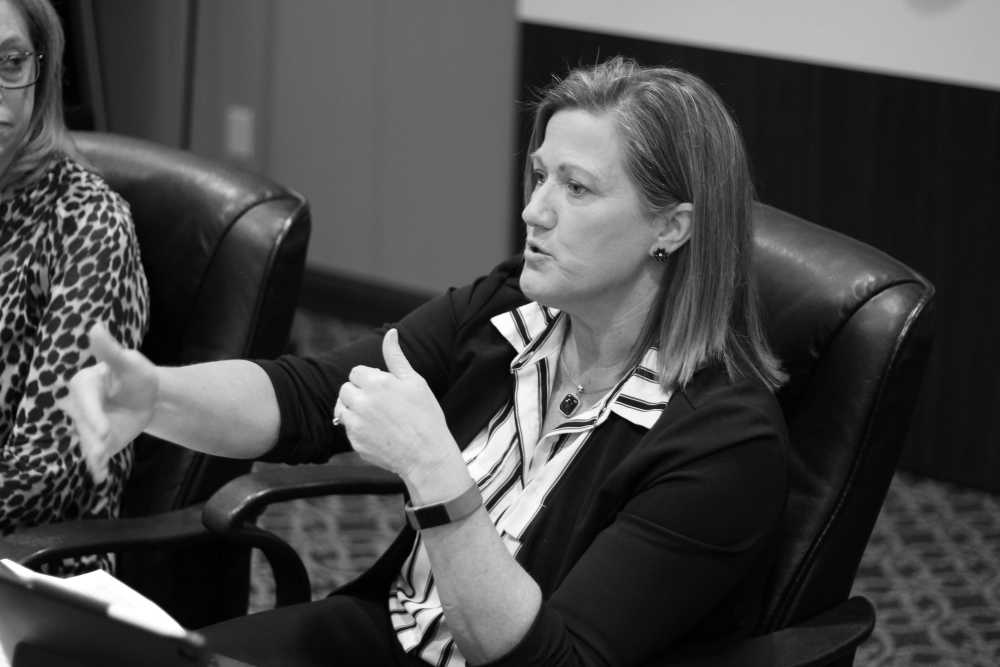 Tuition is up. Enrollment is down. Classes aren’t being offered. People are leaving and buildings are closed. Some say the budget is the problem, but what does that even mean?

The Arrow will break down the complex nature of university budgeting and identify the factors that put the university into a tailspin as well as the plans officials hope will reroute the university.

We will evaluate the university’s budget over the past five years and explain what went wrong, what changed and why.

Southeast is rebounding from a three-year budget tailspin caused by multiple factors, such as declining enrollment and state funding, coupled with mandated costs that have caused steep spending increases.

The biggest factor seems to be a trend of declining enrollment over the last five years, resulting in a 12% decrease in enrollment since FY15, with nearly all of it — 11.2% — happening since FY17.

Add to that, about $4.3 million less annually in state appropriations was budgeted this year than FY17’s budget, and the dollar amount of appropriations the university has received has not changed since FY18.

Expected spending across the board has increased by $7.6 million since Fiscal Year 2015, and revenue has increased by the same amount — including a $4.5 million increase in student tuition and fees. Tuition jumped in order to keep pace with the increased spending and decreased state funding.

Oftentimes revenue, specifically tuition and fees, will be increased in the budget to balance expenditures. Both personnel and scholarships have been the biggest elements affecting an increase in budget expenditures, according to Vice President of Finance and Administration Kathy Mangels.

Declining enrollment leads to increased tuition, among other issues

Holistically, student tuition and fees have increased by 6.4% since FY15, while enrollment has declined by 12% during that time.

Over the next two years, enrollment headcount dropped by another 1,341 students to 10,637.

Those numbers reflect Southeast’s total headcount, whether a student is full-time or in high school and taking one class according to Mangels. Southeast and other Missouri institutions use many factors to calculate full-time equivalent (FTE) to give a better representation of part-time students and full-time students for budgeting purposes.

FTE is a measurement equal to one student enrolled full time for one academic year.

This decline in FTE is true not just for Southeast but for all of Missouri, as four-year institutions in the state have seen a 9.5% decrease in FTE since FY15 according to the Missouri Department of Higher Education.

“We are seeing fewer students graduating from high school,” said Deborah Below, vice president for enrollment and student success.

Below also credits today’s stronger economy for the enrollment decline, as there are more work opportunities for students who directly enter the workforce after high school.

According to Below, a better economy often means more high school graduates prefer to go into the workforce than go to college, as they can make decent money immediately. College seems “not as worth it” when the economy is good.

Not only that, but the university saw in increase in non-traditional students in 2012 when the economy was down, according to Trudy Lee, interim vice president for university advancement and executive director of the University Foundation

There are also fewer students graduating from high school today.

“There are fewer high school graduates because there are fewer people of that generation, period,” Below told the Arrow in May. “So the birth rate has declined and is anticipated to decline for some time.”

Since FY15, Mineral Area College (47.6%) and Three Rivers Community College (32.4%) both saw significant decreases in FTE. The campuses are within 90 miles of Southeast and serve as “feeder schools” for the university, according to the Missouri Department of Higher Education.

High school graduates and community college transfers aren’t the only reasons for the decline.

Losing 500 international students — who pay twice the price as compared to what a Missouri resident pays — would do the same to the budget as losing 1,000 Missouri-resident students.

Since FY17, state funding has been declining

Outside of tuition and fees, state appropriations brings in the most money for the university, about 35.3% of its revenue for FY20.

After reaching a peak at the start of FY17, state funding has been declining.

The state of Missouri allocates money to the Missouri Department of Higher Education, which then appropriates money to each public university in the state to help with operating costs.

Although the amount appropriated to each public university in Missouri can vary based upon necessity and state initiatives pushed — such as advancements in the STEM field — Southeast has seen little difference in the amount of funding received from the state from FY18 to FY20 after a state funding cut in FY17.

From FY15 to FY17, Southeast budgeted an increase from $44.7 million to $47.8 million in revenue from state appropriations.

According to Mangels, a 4% increase in state appropriations was budgeted for in FY17 that did not occur.

State appropriations dropped to $43.5 million annually from FY18 to FY20.

In February 2017, former Missouri Gov. Eric Greitens cut state appropriations for Southeast by 9%, eliminating $4.3 million from the university’s actual revenue for the remainder of that fiscal year.

The trend in declining state appropriations continued from there, and Southeast’s state funding is now at its lowest since FY14.

Mangels explained when funding to the state changes, every institution typically receives the same increase or decrease. She said sometimes one institution “through the legislative process, may get additional funds that others don’t.”

She went on to note the biggest thing with state appropriations is ensuring the lawmakers and governor in Jefferson City understand the good that comes from Southeast. Mangels said university representatives have been to the capitol meeting with the governor’s staff even though legislative session doesn’t start for several months.

“It really is about making sure that at the state level, our legislators and our governor understand the needs that we have and telling our own story,” Mangels said.

Is their equity in terms of appropriations-per-student that Southeast serves?

“Unfortunately, right now there really isn’t a tie in our funding to the amount of students that we’re serving,” Mangels said.

Divide Southeast’s 8,350 full-time equivalent (FTE) students to calculate an appropriations per FTE rate of $5,495. Appropriations per FTE is a simple way to compare money universities receive from the state per full-time student. Southeast is about $1,458 below the state average in per FTE and has the third-lowest per FTE rate among Missouri universities.

The University of Central Missouri (8,420 FTE) is similar in size to Southeast, yet receives $10 million more than Southeast. Truman University has just 4,507 FTE, but received nearly as much in appropriations as Southeast did with $41.6 million for FY20.

As Mangels said, there does not appear to be a tie in funding to the amount of students at a university. Universities tend to receive more funding if they follow state-supported initiatives, according to Mangels, because ultimately the state decides how much funding each university receives.

Enrollment is not the only factor for state appropriations, and universities must follow and support whatever state initiatives are at the time in the hope of receiving additional funding.

“In the past, when we had state appropriation declines, enrollment was still going up. And that makes a big difference because that was our bigger source of revenue,” Mangels said. “In our history, it’s an unusual time in terms of our revenue, because both of those have been going down.”

Expenditures have only continued to rise

According to Mangels, the two biggest factors affecting university spending over the last five years are personnel and scholarships.

Mangels said increases in spending were “unavoidable” because of the decrease in enrollment and state funding.

From FY15 to FY18, personnel-related expenses — including faculty and staff salaries, benefits and student employment — rose 6.1%, from $80.2 million to $85.1 million.

This increase, in part, has to do with the Missouri State Employee Retirement System (MOSERS) requiring the university to pay a certain percentage of its employees’ payrolls into their retirement fund according to Mangels.

Because of MOSERS, the university must pay 21.77% on top of whatever salary an employee has, and will only increase, adding more strain to the budget, according to Sue Wilde, director of the budget.

This rate is expected to increase to 25% in FY26 before decreasing, according to the MOSERS website.

Mangels said some there were some “unavoidable expenses” that had to increase, such as the retirement contributions.

The other factor that has had a large impact on the budget’s spending Mangels noted was money allocated to scholarships.

“In this competitive environment in higher education, discounting — or the giving of scholarships — has increased significantly,” Mangels said. “It is one of those practices that everybody’s concerned that it keeps going up and the percentage that your discounting keeps going up, but because of the competition and the reduced number of those traditional students, it’s something that everyone sees as unavoidable.”

In June 2018, the university announced the Copper Dome Scholarship program, a program offering scholarships to students with ACT scores lower than those that have historically earned scholarships at other institutions.

This program replaced the Regents’, which offered unlimited numbers of students that met high scholastic standards with free tuition. For a university facing budget problems, this could not be sustained forever.

“The idea that we could sustain unlimited free tuition scholarships, we knew was not sustainable, and we had to make a change in our scholarships,” Mangels said. “You can’t scholarship less students in this competitive environment … We were trying to be more strategic with what we’re having to spend.”

Mangels said this overspending is “unavoidable” if Southeast expects to stay competitive with other universities in recruitment.