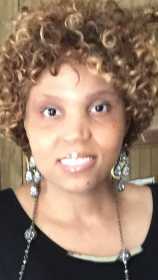 The topic of mental health, especially anxiety, has become an increasing problem in people everywhere.

With more and more people speaking out about their struggles with anxiety, the topic has been getting a lot of attention in the news recently.

Celebrities like singer-songwriter Summer Walker and actor Keith Powers, who shared a video on his Instagram Oct. 28 discussing his anxiety, have talked about their struggles with a particular form of anxiety called social anxiety.

Social anxiety disorder or social phobia is described as ôintense anxiety or fear of being judged, negatively evaluated or rejected in a social or performance situation,ö according to the Anxiety and Depression Association of America.

Approximately 6.8 % of the population is affected by this disorder. White Americans are more likely to be diagnosed with anxiety. However, African Americans, especially black women, are under-diagnosed and understudied, according to researcher Angela Neal-Barnett. Neal-Barnett said anxiety is often incorrectly perceived as anger or having a bad attitude because of common stereotypes associated with African Americans.

Walker performed on National Public Radioĺs Tiny Desk and it went viral in a week...for all the wrong reasons.ö Critics and fans labeled it ôlackluster.ö

Walker sat on a stool, shoulders slumped over as she nervously sang ôPlaying Gamesö off her debut album Over It.

When her performance went viral, many critics and fans viewed her demeanor as disengaged and said she came across as ungrateful for the opportunity to perform on such a platform.

ôSummer Walkerĺs attitude is ridiculous lol, I understand she doesnĺt like the fame but u took that chance when u wanted to become a singer. Fix your face sis,ö one twitter user said. Another poster said in a deleted tweet, ôThis is exactly why I refuse to go up for the new R&B girls.ö Another Twitter user posted a similar sentiment: ôI donĺt care how yaĺll think her album is or isnĺtů performances like this are disrespectful to R&B.ö

Twitter is a place where people can say whatever they want to. ôBlack Twitterö can be a haven for intellectually ôwokeö conversations, a place where you laugh like family and post funny memes, or a place which exhibits toxic, problematic behavior, depending on the situation happening in the news. Itĺs a place where people can project whatever feelings and preconceived notions they already have onto you without knowing your struggles or thoughts in your day-to-day life.

In that moment, when Walkerĺs performance went viral, it exemplified the blatant disregard for black women who struggle with their mental health prevalent in the black community. It also brought forth emotions in me that I had never addressed in depth.

All my life, I have struggled with anxiety, from the moment I was a child to now, at 32-years-old. Undiagnosed social anxiety has affected every aspect of my life, from school, to dating, to relationships, to my religious faith in a higher power, and last but not least, my chosen career path.

As a child, my earliest memories were in grade school, having to do presentations in front of the class and not being able to control the immense anxiety and fear that would overcome me at the thought of having to stand before the class ů and in my mind, BE JUDGED and negatively evaluated. I would decide not to do it, instantly bringing a good grade in class down.

I eventually moved on to high school. High school was literally HELL on Earth for me. I was often misunderstood because I was awkward, quiet and kept to myself. I didnĺt bother anybody and wouldnĺt speak to anybody unless spoken to.

I think, generally, most people really like outgoing people. They like people that are interesting, vivacious, the life of the party, extroverted and people who go out of their way to get to know other people.

I was always misunderstood by other girls as being rude, mean, stuck up and thinking I was better than everyone else. They often took it personally that I didnĺt go out of my way to get to know them, which led me to being bullied all through high school.

I joke now the school administrators knew my dad on a first-name basis because he was always at the school about something. Being bullied in high school affected my grades. I didnĺt apply myself like I should have.

Now, a lot of my personality comes from my mom. My mom is reserved, introverted and takes a long time to get to know people, but she doesnĺt get anxious about meeting new people or being in large groups.

My dad is the opposite. He is an extrovert. He is the type of person that can be mowing the lawn, and heĺll see a neighbor and randomly strike up a conversation immediately, no problem. I remember sitting in my room, wanting to be more like my dad and be outgoing and enjoy meeting new people.

Now, Iĺm a junior in college pursuing a journalism degree. Ironic, right? Well, my dream as a little girl was to be a famous newscaster. I saw newscaster, Vickie Newton, on my favorite news station, KMOV in St. Louis, one day and thought, maybe I could do that when I grow up.

However, I gave up on that dream a long time ago when I realized I had intense social anxiety and it didnĺt seem like I was ever going to overcome it. I then moved on to potentially writing for a magazine like Vogue one day, because I felt that writing is my strong suit and I love writing articles, essays and papers.

When I originally picked out my major, my thought process was that I just had to be proficient in the particular area that I am choosing to go in. Nope. You have to be able to do all aspects of journalism from being in front of a camera, writing articles and design in order to get a Mass Communications degree.

And just like that, my social anxiety is back. Now, there are some aspects about journalism I like. I love interviewing people and writing articles for the Arrow, I like doing radio work for KRCU, where Iĺm meeting new people allowing me to be in one-on-one situations. However, whenever I have to stand in front of a class and talk or be amongst large groups of people or be on camera, my social anxiety goes into overdrive.

Anxiety disorders affect about 40 million American adults every year. About 8% of teens ages 13 to 18 have an anxiety disorder with symptoms starting around age 16, according to womenshealth.gov. I am one of those suffers of undocumented anxiety disorder.

Some might ask, why donĺt you seek help if you have anxiety? Many people donĺt get help for mental disorders such as anxiety, bipolar disorder, schizophrenia, or ADD/ADHD because they might not realize they need help, they want to avoid the stigma of seeking help or they might not have insurance.

I want to live a full and productive life in which, I get married, have kids, have meaningful relationships and be able to accept the numerous career opportunities that come my way in the future without being in a ômental prison.ö

In situations where I am in full control, I donĺt have anxiety. However, if I feel like Iĺm losing control of situations or my surroundings, that is when my anxiety starts to creep up.

Iĺm telling my story in hopes of inspiring other people who suffer from any form of anxiety, to seek help and to overcome it. I hope that more research will be done to educate people about anxiety because I feel people donĺt take anxiety disorder as seriously as other mental disorders.

Remember, have an open mind, but most importantly, have compassion for others. Before you mock someone or choose to project your feelings onto others, like in the case of Walker, try to understand your fellow man (or woman) so they donĺt have to suffer in silence. You never know what people may be going through.