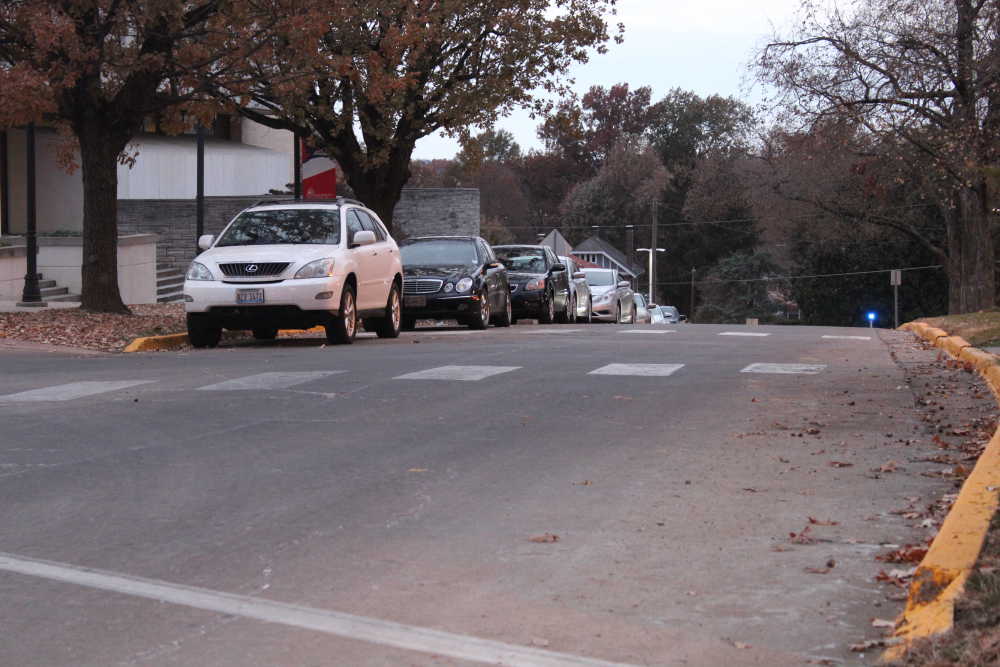 Southeast students and members of the community may soon see a change in parking ordinances on Normal Avenue.

On Monday, Nov. 18, Cape Girardeau City Council had its first reading of a bill that would ban on-street parking on Normal Avenue between Henderson Avenue and Pacific Street.

Southeast students advocated for the ban, but members of the city council and community raised some concerns and questioned whether they could give up the 70 plus public parking spaces.

The council voted to table the decision so they could conduct additional research.

The bill would impact both the Southeast and Cape Girardeau communities, as the street belongs to the city of Cape but cuts through campus.

Five students in the President’s Leadership Academy (PLA) at Southeast attended the meeting to show support for the bill, which they said would increase the safety of pedestrians.

The group was put on this project for their Southeast Success Project.

Southeast junior and member of the group Caleb White said the street should be closed to parking because many people who park on the street park illegally, and according to the Department of Public Safety (DPS), there are enough spots for students with permits to park legally.

Ward 1 Councilman and Southeast Director of Career Services Daniel Presson said it was great to hear concerns of the students.

Ramona Bailey, a non-traditional student at Southeast, argued pedestrian safety could be increased without removing all parking on Normal Avenue, which is more convenient if someone does not live on campus or own a parking pass.

She suggested the city install signs reminding drivers to yield for pedestrians.

Ward 5 Councilman Ryan Essex seemed to agree, as he said he understood the student’s perspective but “wasn’t a fan of giving up a lot of public parking.”

“There has to be a way to do it without shutting down the entire street,” Essex said.

Former councilman John Voss — who lives on Alta Vista Drive on the border of campus — was concerned the ban would cause students to park on streets near the university, which would lead to parking congestion for those who live nearby.

Voss noted he already has issues with students parking illegally on his street, and there is little enforcement of parking laws.

Director of DPS Beth Glaus said because the street belongs to the city, it is not their “prime focus.” She said DPS mostly leaves it to the Cape Girardeau police department to enforce parking laws.

Council members acknowledged it is a difficult area to ticket because motorists are often only there for a short amount of time.

Mayor Bob Fox said he “understood the citizens’ concerns and the students’ concerns.”

Council members will hear the motion again during the next Cape Girardeau City Council meeting Dec. 2.