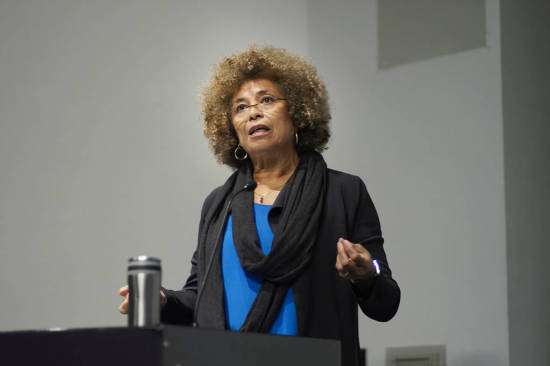 Political activist, author and professor Angela Davis is set to keynote Southeast’s annual Martin Luther King Jr. Celebration Dinner on Jan. 29, and her selection has been met with some controversy.

Wes Cox, Southeast alumnus and political science graduate student at Cardiff University, believes part of the reason for the controversy surrounding Davis is “the United States’ fear of ‘-isms.’”

He said people believe ideological ideas such as Communism, Marxism and Leninism are “threatening to the nation, which is threatening to organizing principles of people.”

Cox believes the university’s decision to bring Davis to campus will open up challenging conversations.

“Angela Davis, especially in Southeast Missouri, would be very beneficial to opening up a dialogue and a discourse from a perspective that is not broadcasted much at all,” Cox said. “She’s a very conscious leader in the African American community, in the United States and internationally.”

“King never chose fear, but always chose courage and determination when fighting for civil rights in the face of oppression, ignorance and violence. He refused to allow prison, violence or the threat of death sway his end mission,” the National Civil Rights Museum states on its website.

“[The MLK committee’s] goal is to look at figures who they feel represent the true, complete legacy of Dr. King,” saidDebra Lee-Distefano, professor of Spanish. “Diversity is supposed to be a space of free and open discourse. It's supposed to disregard a person's political affiliation, their religious affiliation.”

King led protests and boycotts and is considered one of the greatest nonviolent leaders in world history.

But King’s nonviolent approach did not always bode well for him. He refused to turn away from altercations and was imprisoned 29 times for acts of civil disobedience, according to The King Center.

His efforts for civil rights did not stop with African Americans. From 1965 until his death in 1968, King focused his shift toward economic justice and international conflict. Some of his principles were that “men and women everywhere, regardless of color or creed, are equal members of the human family,” according to The King Center.

King consistently found himself in the public spotlight because he pushed for societal change. In many ways, Davis has done the same.

Throughout her life, Davis has advocated for gender equity, prison reform and alliances across races.

Davis was associated with many groups, most notably the Black Panthers and Che-Lumumba Club, an all-black branch of the Communist Party.

In 1970, Davis supported three men accused of killing a prison guard according to the New York Times. During the trial, one of the men attempted to escape and several people were killed. Davis was charged with murder because the guns used were registered to her.

She spent 18 months on trial and in jail after being placed on the FBI’s “Ten Most Wanted List” and was acquitted in June 1972.

“[Davis] is someone who has led her entire life working against injustice,” Lee-Distefano said. “She definitely sees the world from the point that there is oppression and that there are systems in place that oppress others. I think she represents a very strong left-leaning ideology that a lot of people do not appreciate.”

Today, Davis lectures at universities across the nation discussing issues such as race, the criminal justice system and women’s rights.

“I think Angela Davis is a beautiful expression of someone who has consistently been denied, but has continued to live through that for the betterment and advancement of African Americans and colored people,” Cox said.