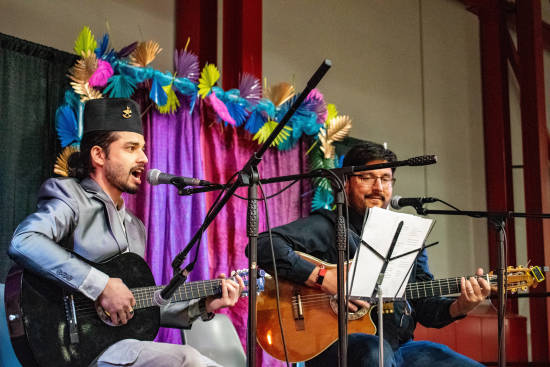 Southeast's annual celebration of cultural diversity, Carpe Diem, was held by Campus Life and Event Services, providing a space for attendees to appreciate and celebrate diversity at the Student Recreation Center on Nov. 16.

"We have 16 cultural booths this year, which is two more than last year. There's six or seven booths that we didn't have last year, so it brings more diversity and it doesn't feel like a repeat for those who came last year," said Tiffany Comfort, coordinator of leadership and involvement and main organizer of the event.

Carpe Diem was created to embrace cultural diversity and to share it with others. The booths are not only about countries, but anything that is related to culture, ethnicity, race and religion. This year The Black Student Union was included among the booths

"We are happy to have a non-international student organization involved at this year's Carpe Diem, and that is the Black Student Union," Comfort said. "It is also cultural, but it is local, it is American."

The attendees had a buffet of different international cuisine to eat, as well as little tastes of countries' food and candy, such as cookies with green tea powder from the Japanese booth or queso with Tostado from the Ecuadorian booth.

The event also had a stage for cultural music and dance performances and a fashion show. Some of the moments that seemed most memorable for attendees were the Japanese dance and singing duet that consisted of student Tabatha Tapia and Academic Advisor José Mińo.

"I loved being part of Carpe Diem, especially because I got to represent a little bit of my culture. I know Ecuador is a very small country, but I made sure to go big this time, from the booth to the way I sang," Tapia said. "I made sure everybody understood how important my culture is to me and how I was willing to share it with everybody."

Samba Bom, a Brazilian group, had a dance performance near the conclusion of the event.

"Last year we had an African Congo drummer group and this year it's a Brazilian band, so that's different," said Karley Smith, graduate assistant for student involvement and event organizer. "The food and the theme are different, and last year the decorations were more like a street fair."