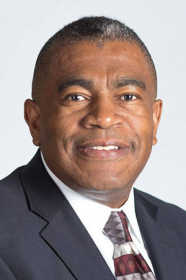 Dennis Vinson, the founder and CEO of Jackson’s Signature Packaging, chairman of the board of the Missouri Chamber of Commerce and Industry and the newest member of the Board of Regents, died Sunday, Dec. 1. He was 63 years old.

On Monday, Missouri Gov. Mike Parson shared his condolences about Vinson’s death in a social media post that appeared on his Facebook page.

“Dennis was a dedicated public servant and a strong supporter of workforce development,” Parson said. “He will be missed, and we will always remember his commitment to Missouri and the people of our state.”

Southeast President Carlos Vargas described Vinson in an email to the Arrow as a “hardworking, caring family man who was truly concerned about the well-being of the people who worked in his company.”

“His passing is a true tragedy. Not only for his family, but for Southeast Missouri State University, and the communities of Jackson and Cape Girardeau. It is very difficult to accept the fact that he is no longer with us.”

Vargas added “we will remember Dennis for his commitment not only to the University, but also for the ways he invested in his community. We very much enjoyed working with him during his time as a regent.”

Signature Packaging was recognized for its success both locally and nationally under Vinson’s leadership. In 2010, the company received the Missouri State Fast Track Award in 2010. The next year, Vinson’s company earned the recognition of the Jackson chamber’s Industry of the Year.

Signature Packaging has been listed among Black Enterprise’s BE 100 List of the Nation’s Largest Black-Owned Businesses for the past five years, according to a Tuesday article by the Southeast Missourian.

He was scheduled to join the PORCH (People Organized to Revitalize Community Healing) board of directors in Cape Girardeau later this month, according to Tamara Zellars Buck, PORCH vice chairwoman and professor of Mass Media.

“He was familiar with our ‘purpose-built communities’ program from family members in the Atlanta area and he was excited about it,” Buck said to the Southeast Missourian on Tuesday. “When we told people Dennis was joining our board, they got excited [because] he was a game-changer.”

Vinson began his duties as a regent on Sept. 1, and was the only African American on the board. Buck said Vinson had already made an impact at the university.

“[Black Faculty Staff Alliance] members were excited when we learned Dennis had been appointed to the Board of Regents because we knew he was a strong voice who understood our needs,” Buck said. “I had had several conversations with him recently and know he wanted to make a positive impact during his time on the board. He will be missed.”

“I know several young men and women who have found gainful employment through merely the local connection to [Vinson] at Signature,” Patrick said. “He looked out for a lot of people a lot of times, and most locals who know him know that.”

Vinson’s daughter Chelsea, a senior Exercise Science major, remembered her father as someone who was “so hard working and determined to be the very best he could be.” She said Dennis had a passion for his work and helping the community, and tried to give back “whenever he possibly could.”

“I was so blessed to have so many years of his knowledge, guidance and encouragement,” Chelsea said. “All of those things just helped me become the woman I am now and I’ll continue to use those lessons and advice to be the very best I can be in everything that I do. He left a huge mark on this world and I just hope I can be at least half the person he was. “