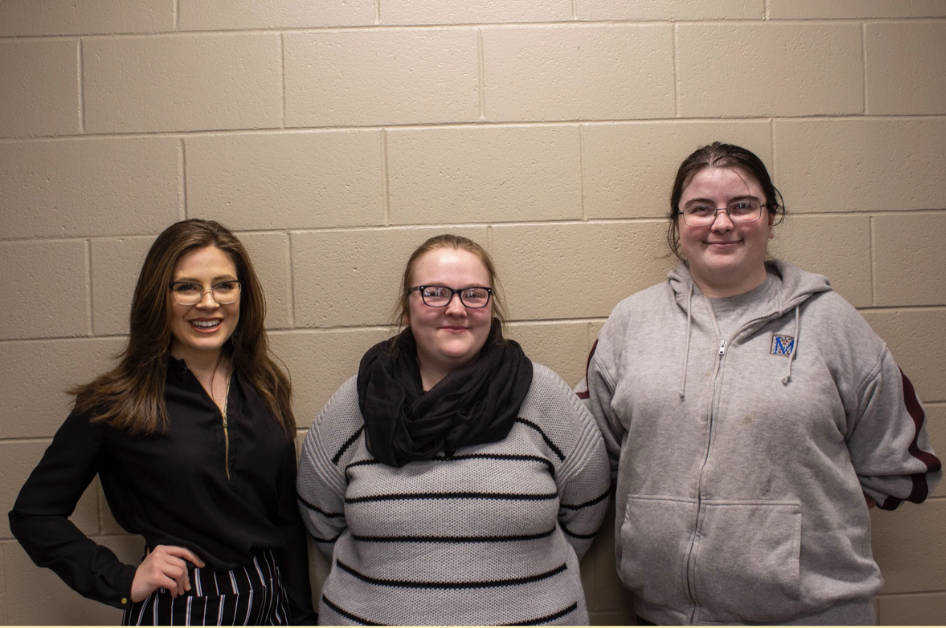 Janna Harner, Margaret Fruewirth and Brittni Cebulak are all tied together in more ways than just sharing a mentor and professor of English in Debrah Raschke — who is known for being a Margret Atwood Scholar. They are all now award-winning writers from Southeast’s graduate program.

The three women have been or are to be published professionally, and have won similar awards, all while sharing a few classes together during their time as Southeast graduate students.

“All of us are kind of connected in this really cool way and that is indebted to Dr. Rashcke,” Harner said. “I mean, she really pulled us all together, through different classes and in different ways. But we are all kind of passionate about Margaret Atwood which was really cool.”

Harner, who won the 2019 Margaret Atwood Society Award for Best Graduate Essay/MA Thesis for a chapter of her essay that analyzes Atwood’s novel “The Handmaid’s Tale.”

She won the award recently, defended her thesis in March, graduated in May and now works as a part-time professor at Southeast. A version of her paper is to be published in the Margaret Atwood Studies Journal later this year.

“I just submitted it, not in this world or the next thought that I would get anything,” Harner said. “It was more just about trying, I just wanted to try for me. Only when I got something, I screamed.”

Harner won her award only a year after Fruewirth was the co-winner of the 2018 Margaret Atwood Society Award for Best Undergraduate Essay.

Harner said she is proud to get to not only be part of the same journal but to also share that experience with Fruewirth.

“She got the undergraduate award, I got the graduate award, but that we're within a year of both attaining and awards in the same society. That's incredible,” Harner said. “It's a huge deal. So I'm really excited about that.”

Raschke said having students from Southeast being recognized is important for both the students and the university.

“The contest that both Janna won and Maggie won, the submissions are reviewed by scholars,” Raschke said. “I mean it's a big deal, and I think it's kind of a big deal that two students have won from this university.”

Both Harner and Cebulak will present versions of their work at the Louisville Conference on Literature and Culture Since 1900, in Louisville on Feb. 21, a conference that Fruewirth also presented at in 2019.

Cebulak will present on her thesis analyzing Atwood’s “Oryx and Crake,” which applies the novel with food studies.

“It's kinda a new field and so I'm really excited about it, and not a lot of people have done work on food studies as a sort of angle, to begin with, and then she's applying it to Atwood,” Raschke said.

Cebulak said she has been surprised at all the experiences she has been part of since starting graduate school at Southeast.

“I've had a lot of opportunities here that I never thought I would have, and coming from a small little rural area, writing about stuff I didn't even know about a year ago,” Cebulak said.

Cebulak was also awarded the best essay for the 2020 issue of Southeast’s Literati Journal. Fruewirth won the same award in 2019, connecting them yet again.

All three women said it felt surreal to be recognized for work they had written, even more so as graduate students.

“It is nice, sort of knowing as a grad student that there are opportunities even within your coursework that can better professional life outside and afterward,” Fruewirth said. “But again, it's just never really sinks in, so it's building up credentials and keeping at it.”