An Afternoon of Numbers: Sundays at Three hosts The 442s 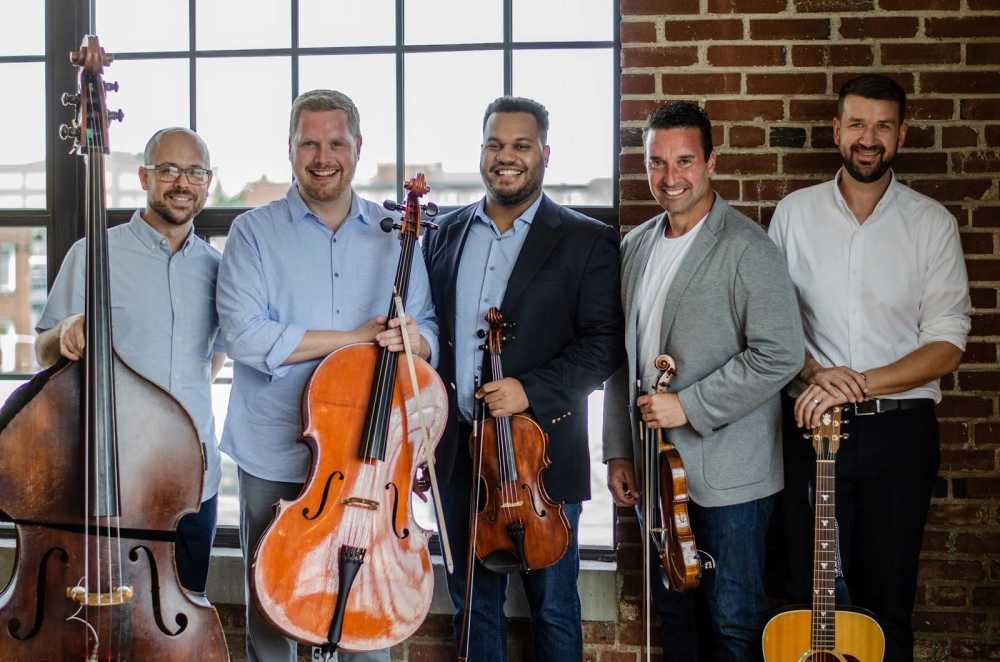 Members of The 442s pose for a photograph before a performance at Shuck Recital Hall in Cape Girardeau, Missouri. From left to right, Bob DeBoo, Bjorn Ranheim, Michael Casimir, Shawn Weil and Adam Maness.
Submitted by Gabrielle Baffoni

The Sundays at Three series invited The 442s, an acoustics quintet that plays music in unique fashions and different ways, to play at Shuck Recital Hall on Sunday, March 8.

The 442s are made up of Adam Maness — who plays a variety of instruments, such as guitar, piano and melodics, as well as vocals — Shawn Well on violin, Michael Casimir on viola, Bjorn Ranheim on cello and Bob DeBoo on bass.

The 442s received a standing ovation from the audience, including professor of upper strings, Sophia Han, who complimented the music.

“I loved it. It’s different from what we usually host in the Shuck Recital Hall,” Han said. “Because it’s not in the classical genre, which I love and think it brings a different vibe and energy to the campus.”

Director Gabrielle Baffoni was part of those involved in making this a reality, including getting into contact with The 442s.

“I reached out to the 442s last year. We started planning at about November/December of the previous year, and we tried to finalize it by late February/early March,” Baffoni said. “We had the 442s a few years back, and I would like to have them back again because they’re such a great group.”

Maness said there is no easy path for musicians to follow.

“It’s all about putting in work,” Manness said. “There is no getting around putting in the time that it takes to do it. You just have to keep practicing and get better, and you have to fall in love with getting better. It never ends, no matter how good you get.”