The city that never sleeps stays in 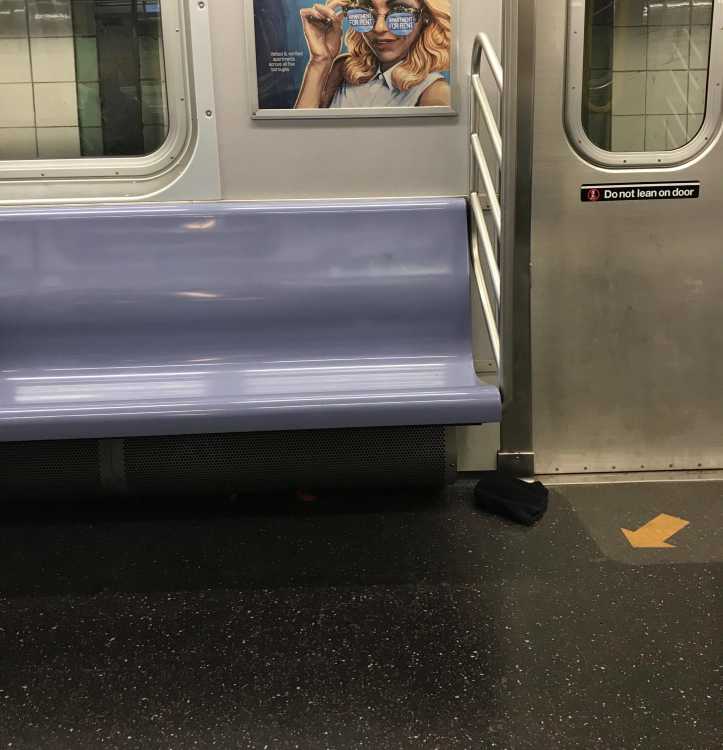 I’m not sure what it is about New York City, but I’ve been in love with this city for as long as I can remember. Its bustling streets and large crowds of people are part of its charm.

I woke up in one of my favorite cities in the world for the national College Media Association conference on March 12, ready to soak in all the city has to offer. However, the city was silent, as New York City Mayor Bill de Blasio declared a state of emergency on Friday, March 13 t due to the COVID-19 outbreak.

I hopped on the subway Thursday around 8 a.m. — the morning rush hour. Mass transit isn’t always the most clean, or pleasant, method of transportation, but the coffee shop near Central Park was too far away to walk, and I made sure to avoid touching any unnecessary surfaces.

Swiping my MetroCard prior to entering the subway, I stepped onto an uncomfortably empty platform. As I boarded the downtown train, I wasn’t pushing through a large crowd to get on, and not a single person brushed my shoulder in an attempt to make their morning meeting on time.

I sat down and soon realized I had an entire row of seats to myself. Only a few people stepped on at each stop, and not a single car was filled.

Before I left Cape Girardeau at 4 a.m.Wednesday, there were around ten cases of the coronavirus reported in New York City, at least to my knowledge. Southeast had not yet banned nonessential travel or canceled classes — to me, the virus felt contained.

As I traveled to the College Media Conference in New York that day, entire rows were empty on my airplane flight; passengers were lying down and taking naps across three seats. Only half of the aircraft was filled.

I’ve never seen that happen before and certainly not on an 8 a.m. flight to New York City.

When I first landed and traveled into the city on Wednesday afternoon, that same eerily quiet feeling crept up on me.

On a subway speeding from the Upper West Side to Midtown that afternoon, I noticed an older man standing in the corner had coughed. Two women across from me froze, whispered for a bit then inched away from the man.

Several people were breathing through medical masks or gripped their purses with blue latex gloves.

Our keynote speaker for the conference that day phoned-in, and gave their presentation through a video call.

Conference organizers gave out stickers with a red bar over a graphic of a handshake; it read: “No offense, just makes sense.”

The sessions at the conference and common areas in the hotel were empty, compared to the hundreds of students who attended this conference with me last year.

It has become more evident to me that people are worried and sitting in my hotel room on Thursday night listening to local news, I realized I’m a bit worried, too.

I’m young, with a fairly healthy immune system, access to healthcare and the ability to self-quarantine from those more vulnerable to the virus. Still, I panic-Googled coronavirus symptoms several times today, avoided crowds and took an hour-long shower when I got back to the safety of my hotel room.

What I can’t shake is the gnawing, unsettling feeling of an empty Central Park or all the vacant chairs in that East Village restaurant, juxtaposed with all the grocery store, restaurant and retail workers that were still required to show up to work today. Self-quarantine and the ability to alleviate those worries seem almost like a privilege for those who can afford it.

I stopped in a tiny vintage shop in the Lower East Side earlier today. The cashier was closing up early to head home to avoid the virus, only a few hours before de Blasio’s declaration. We talked for a little bit, and she grabbed a bottle of hand sanitizer from behind the counter.

Social distancing — and empty streets, subways and restaurants — helps to save lives when a virus spreads. The New York Post reported a 40% decrease in Manhattan subway turnstile entries last Friday, an indicator that New Yorkers really are staying home; it’s a way of caring for the community.

It’s quiet here, but I deeply believe in the resilience and generosity of New Yorkers. People awkwardly held doors open for strangers with their elbows, helping each other to avoid contact with any unnecessary surfaces. They’re wiping down public surfaces with their personal antibacterial wipes, and sharing antibacterial gel with those they don’t even know.

That’s something I’ll be doing when I’ll get home too, and something we should all practice. Even though it’s tempting to still go out because we haven’t felt the effects locally yet, I promise you it’s for the better of the community. Let’s help protect others by playing a board game, drawing, watching a movie — doing something inside that can help stop the spread to others.