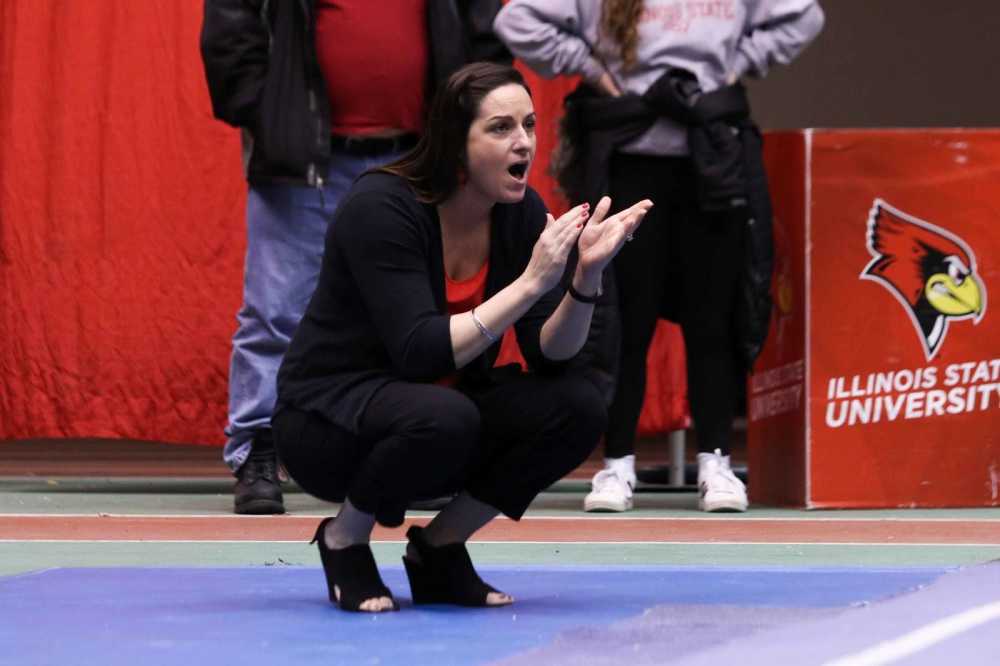 Ashley Lawson coaching her team during the 2019-2020 season.
Photo submitted by Eric Mueller

Passion for a sport can drive people to build their entire lives around it. This is the case for Southeast gymnastics coach Ashley Lawson, who recently received two awards for her work with the gymnastics team.

“I’m definitely humbled and honored to be their representative and a candidate for those awards,” Lawson said.

Lawson said her love for gymnastics came at the early age of 2 years old. She continued gymnastics throughout her college career at Southeast.

She then moved on from the sport to start her family but said she always felt there was something missing. Lawson then began moving back and forth from Missouri and Florida, trying to decide whether continuing gymnastics was what she wanted to do.

“We knew something was always kind of missing in our family. So we moved back to Florida and started our family, and I got a big girl job, and I found it wasn’t really something I wanted to do,” Lawson said.

After a lot of moving and job searching, she began coaching gymnastics at Southeast in 2019.

“They are extremely smart athletes. And their team goal that they set, not even [set by] myself, they want to end the year with a team GPA of 3.8. They want to be the national academic champions,” Lawson said.

Unfortunately, the COVID-19 pandemic cut the gymnastic season short, with their last meet being their senior night.

She said the team missed out on its conference meet and believes some of the athletes would have qualified for the NCAA regionals. They also qualified for the USAG Nationals for the first time in Southeast history this season.

“We were really excited to go, but unfortunately there are other plans involved,” Lawson said. “Obviously it’s for the safety of the nation, so we totally get it. But, it was really heartbreaking at the moment to think about what could have been.”

Lawson plans on continuing her work with the team once school is back in session.

“Since we’ve had the turnaround that we’ve had, I know that this program is not even close to being where they can be,” Lawson said. “Since our athletes had to leave, we’ve been talking about us having some unfinished business. They left with a fire in their eyes and are ready to show the world who SEMO gymnastics is.”

Gymnastics will return in January at Parker Gym at Southeast.