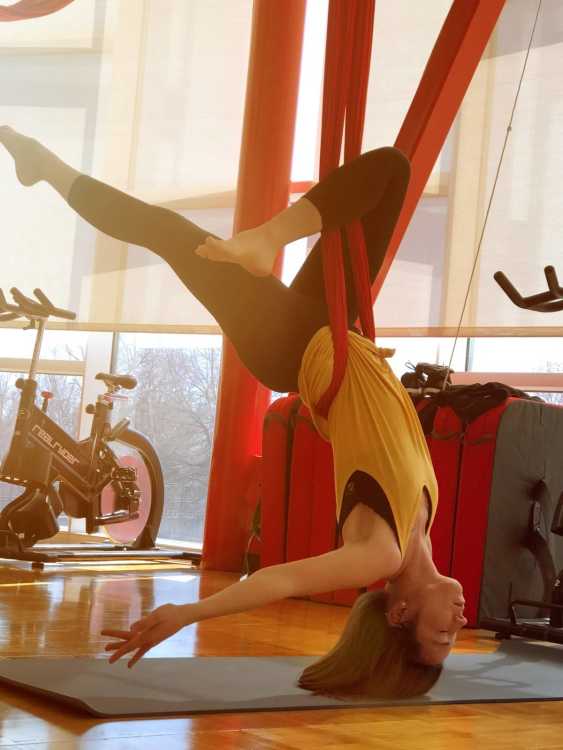 Christi Hartung, a senior at Southeast and an assistant yoga instructor at the Southeast Recreation Center, created a public Facebook group on March 22, where she streams live yoga classes throughout the week for members.

The group, called “Christi Yoga and Aerial,” was originally created to continue the extracurricular yoga classes for her students while they are at home transitioning to an online semester. The group now has over 300 members.

“I originally created a video to send to my girls from my classes,” Hartung said. “Then I thought, why don't I just do a live stream?”

Hartung began yoga and aerial instructing at the Southeast Recreation Center in 2018. She originally had an Instagram page for her class progress but she made the decision to transition to yoga online as well after school was moved to online.

“I want to have a good combination of people on the page. There are Southeast students, residents of Cape Girardeau, and friends and family from back home,” Hartung said. “Everybody kind of goes through that phase where they at least want to try yoga.”

Hartung creates a weekly poll for members to vote on “Fun Friday” themes or the part of the body they want to focus on the most during a live stream for the day.

So far, Hartung has streamed a 1980s-themed yoga class and a drunk yoga class for Fun Friday in the past.

“I post precautions for Fun Fridays to make sure people are practicing safety because I can’t see them,” Hartung said.

The live streams vary from different areas of the body, such as abs, legs, hips and arms. Members are able to submit fun photos of themselves dressed up on theme nights and leave comments. The live streams, once uploaded, remain on the page for viewers who missed the scheduled class time or for those who would like to reuse a certain video.

The group is open to anyone looking to practice yoga. The next live stream will be available at 8 p.m. on Friday, April 10.