As the rest of Southeast sports shut down, Southeast esports carries on 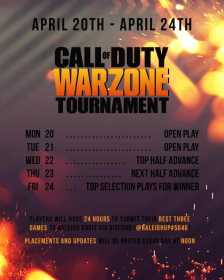 It has now been a month since the sports world was brought to a screeching halt by COVID-19. The NCAA Tournament was canceled; the NBA, MLB and NHL each postponed their seasons indefinitely. Soccer, golf — the list goes on and on. However, one sport remains standing amid the chaos — esports. With a few minor tweaks, esports continues on in this time of social isolation.

This reigns true at Southeast as well. As every other Redhawks sport has been put on pause, five of the nine esports club teams remain competing. The Southeast teams for Fortnite, League of Legends, Rainbow Six Siege, Rocket League and Call of Duty are continuing with play in their respective leagues and practicing together as they aren’t required to be in the same area to continue play.

The four that aren’t in competition (Overwatch, Apex Legends, Counterstrike and Super Smash Bros Ultimate) either had their seasons end or members of the team did not have the capability to play at home.

Even with the unique benefit of continuing play, there have been a few bumps in the road for the esports teams. The eSports Arena on campus is closed and the tournaments that Southeast qualified for have been canceled.

“It obviously sucks that we can’t be in the arena and keep up some competitions,” Southeast esports club advisor Raleigh Davis said. “We’re making the best of it; with our sport being online, it’s pretty easy for us to work around this whole situation.”

The arena closure has been a bigger problem than one might think, as Davis estimated that 30 to 40% of the players who compete at the eSports Arena do not have a gaming computer at home.

“It’s really hard for those kids as that was their only access to a lot of these games that they compete in,” Davis said.

Recruiting for Southeast esports has also been interrupted. The esports club cannot bring potential players to the arena, and many of the high school teams that Southeast mentors are now shut down.

Despite the hiccups COVID-19 has caused for the Southeast’s esports club, Davis sees this as an opportunity for the virtual gaming community to grow.

“People are at home with nothing to do,” Davis said. “I definitely think we’re going to see a huge increase in the amount of people interested.”

Along with the teams still playing and competing, the esports club is also planning on launching leagues and tournaments for students at Southeast to compete amongst themselves.

“We’re trying to keep all the SEMO students active and playing together,” Davis said.

The first event will be a Call of Duty Warzone tournament that will be from April 20th-24th. It is open to everyone and is free to play. To fill out a registration form go to the Southeast Recreation Services Facebook page.

Davis said there will be a variety of games, some competitive and other games that aren’t as competitive-type games so they can appeal to as many Southeast students as possible.

Esports is a fairly new club at Southeast, and Davis said this will give them a boost heading into the future.

“We’ve been using this time that we can’t really do much to get ourselves a base to stand on,” Davis said. “A lot of our time has been spent building an infrastructure for the club, so we’re gonna have a really good foundation so we’ll be prepared to take on a lot more growth.”