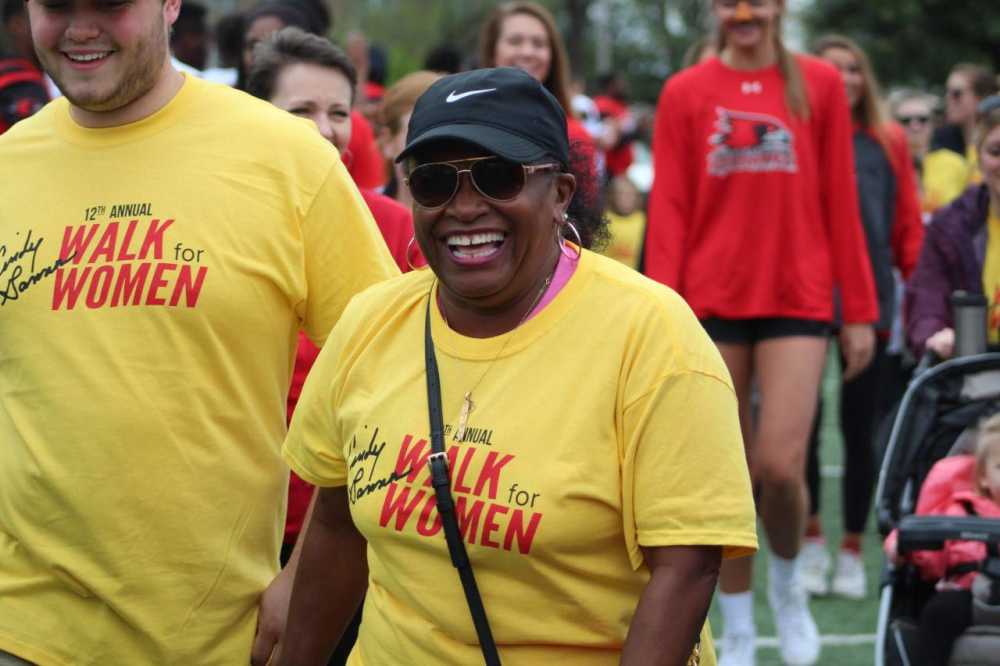 Despite not being able to gather in groups of more than 10, the 13th annual Cindy Gannon Walk for Women will be held on April 25, with one not-so-slight change: it will be held virtually.

Southeast had to get creative if it was to have the event, due to the restrictions from COVID-19 and settled on hosting the event through the internet.

Participants will still be going on walks wherever they are and will then post videos or photos on social media using #WalkForWomenSEMO.

Southeast Associate Athletic Director for External Affairs Nate Saverino said it was important for the event to take place, not just for the money being raised but also to take people’s minds off the pandemic.

“It’s been such a trying time these last four weeks,” Saverino said. “It was important to do because it was something to look forward to.”

Saverino also said it was important to find a way to put the event on to connect people and commemorate the athletic accomplishments of the past year.

“Rather than sit at home and be sad about things, let’s unite behind this cause that is so important to us,” Saverino said. “Even though we can’t get together, let’s unite and celebrate because there is so much to celebrate.”

The main reason to have the event, however, is to raise money that goes towards scholarships for student-athletes at Southeast. The event has raised over $500,000 in total since its inaugural event in 2007.

While the money goes to both male and female programs, the walk is used as a day to celebrate female athletics.

Southeast volleyball coach Julie Yankus said this event has been instrumental in helping her athletes academically.

“We’ve really used a lot of those funds for summer school funding,” Yankus said. “It has helped our athletes stay on top of their studies so they can graduate in four years.”

Despite the fact that the event is still happening and will raise money for student-athletes, it won’t quite have its typical community element, which is what Southeast women’s basketball coach Rehka Patterson will miss most.

“It’s the face-to-face element, it’s a simple thank you, it’s really being able to sit down and talk and really get to know each other,” Patterson said. “We’re really going to miss that part, but we’re going to do whatever we can to make this a special day virtually.”

It has been one of the most successful years in Southeast athletic history, especially on the women’s side. Soccer took home the regular season Ohio Valley Conference championship, while volleyball and women’s basketball won the OVC tournament championships. Softball won both the OVC regular season and tournament championships last season and were on track to finish near the top again this year before their season was cut short.

Patterson said it would have been a special moment to get all the teams together with their championships.

“It would’ve been really special because everyone that came to the walk could’ve taken pictures with all of the OVC championship [trophies],” Patterson said. “That doesn’t always happen. Who needs props when you have championship trophies?”

Yankus echoed Patterson’s sentiments and said it would have been great for young girls to come out and see what Southeast had accomplished.

“The young female athletes in the community would have loved to come out and got their pictures taken with the trophies and the athletes,” Yankus said. “It would have inspired those young girls out there to keep working hard.”

Registration for the walk is $25 for adults and $10 per child. Every registration comes with a t-shirt and any donations over $100 receive a cooler bag. Saverino said since they will not be able to distribute them at the event, they will be distributed in the fall.

For more info about the walk visit walkforwomen.semo.edu.