From Redhawk to Seahawk: Josh Avery signed as an undrafted free agent 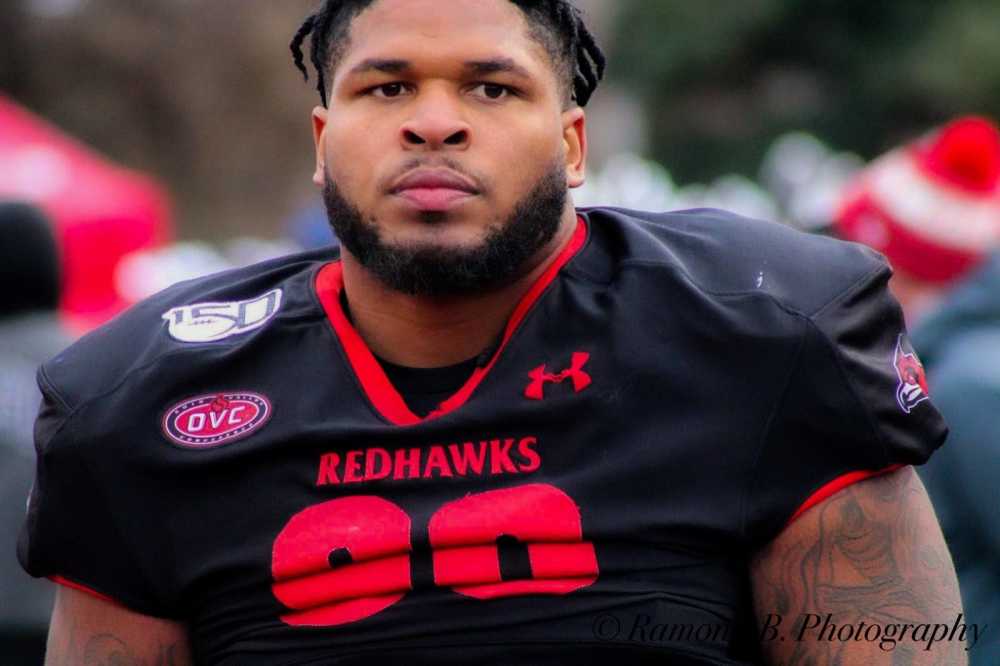 Avery is a 6’3, 320-pound defensive tackle from Nashville, Tennessee. He began playing football at the age of five for the Una Bears youth football league. After high school, Avery played at Independence Community College in Kansas before transferring to Southeast in 2017.

“Transferring from Independence to SEMO was hard for me. I had to sit out a year and was just on the practice team, but I bought into my role as a player and made the most of it,” Avery said.

The all-star game offered Avery the opportunity to speak with over half the teams in the NFL, including the Seahawks.

“I talked to 22 teams at the bowl game,” Avery said. “The Seahawks were mainly one of them but after that week in California, they didn't really stay in contact.”

Avery was among ten players to participate in Pro Day on March 13. He bench-pressed the standard 225 pounds for 31 repetitions. His vertical jump was 34.5, which would have ranked sixth at the combine for defensive linemen at the NFL Combine.

His scores from the combine and eventual signing did not come without sacrifice, Avery said.

“Football is everything to me,” Avery said, “I sacrificed time with my family and friends and having a social life because I put everything I had into football. I spent countless amounts of hours in the gym to be the best player I can.”

NFL Draft Diamonds projected Avery to be picked in the sixth or seventh round of the draft. According to Hero Sports, There were only six FCS players drafted this year, which was the lowest it has been in 17 years.

About 10 minutes after the draft, Avery said he got a call from his agent telling him he had a choice to sign with the Miami Dolphins or the Seattle Seahawks.

“It would have been good to go to Miami and play there but, it’s hot,” Avery said. “I thought Seattle would be a better fit for me.”

Since gyms are closed due to the COVID-19 pandemic, Avery has been driving a little over an hour six days a week to train in preparation to play in the NFL. He meets with his trainer to lift and work on running drills.

Avery is set to depart for Seattle, Washington after the NFL is cleared to go back to team workouts. Until then, he is keeping himself healthy and preparing for the next chapter of his football story.

“SEMO football has taught me that if you can get everyone moving in the right direction, something special is bound to happen,” Avery said, “I’m thankful for the coaches who helped me grow as a player and a man.”