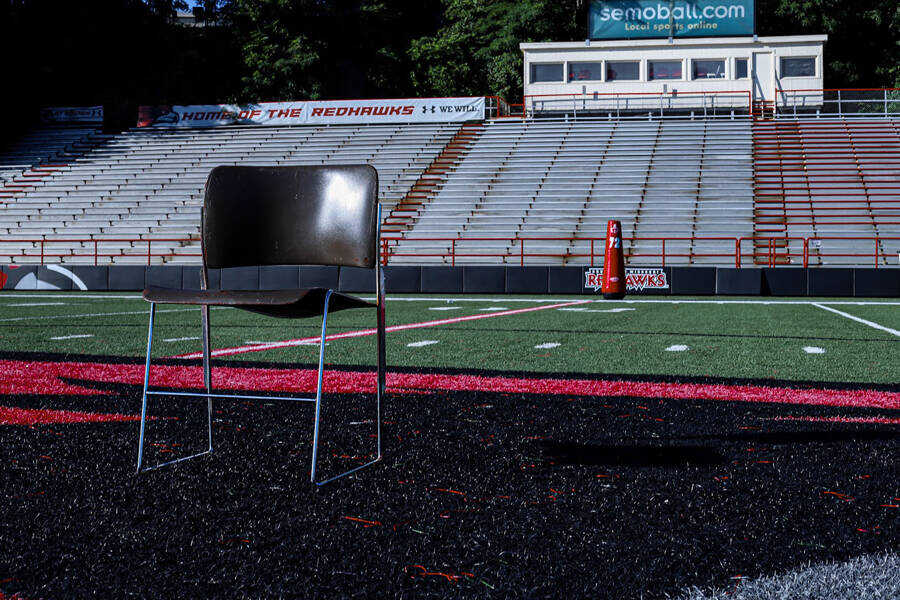 Following a meeting on August 14, the Ohio Valley Conference’s Board of Presidents elected to postpone the fall sports season in hopes of playing in the spring. The OVC was the last FCS conference to postpone

The OVC is allowing football programs to compete in four non-conference competitions during the fall if the program is up to standards on the NCAA's Resocialization of Collegiate Sport. Redhawks Athletic Director, Brady Barke, said Southeast will not participate in a non-conference fall schedule in order to ensure the safety of the student athletes and coaches.

“We have said all along if we didn’t feel that we could ensure the safety of our student athletes that we weren’t going to put them in a position to compete,” Barke said. “We’re going to stick to that and shift our focus to preparing for the spring.”

Barke said the OVC’s decision was slow to come together due to the hope that conditions would improve and testing availability would improve, and the assumption they could learn more about COVID and what the impacts and long-term effects are.

“The more we started to realize that some of those questions just weren’t going to have answers, it got to the point where we needed to make a decision, and I believe that as a conference, the decision was made in the best interest of the student athletes,” Barke said.

The university will continue to utilize the NCAA’s protocol involving daily symptom screenings for all athletes before they’re allowed to enter any of the athletic facilities and participate, Barke said.

Southeast is testing student athletes upon arrival to campus and is continuing testing depending on whether the athlete is in season or out of season and what the contact risk is for their sport.

Barke said he told the coaches and other staff “the mission they’re on doesn’t change.”

“We are still working to support our student athletes and their academic success and develop them as people,” Barke said. “We still have an obligation to do that, and our students still need to strive to get better in those areas of their lives.”

Barke is confident when the student athletes are able to get back to playing, they won’t lack any motivation.

“We’ve got a lot of conference championships to defend when we get a chance to do it,” Barke said. “I think they’re all driven to be able to do that and have that opportunity.”

The official statement from the OVC can be found here.