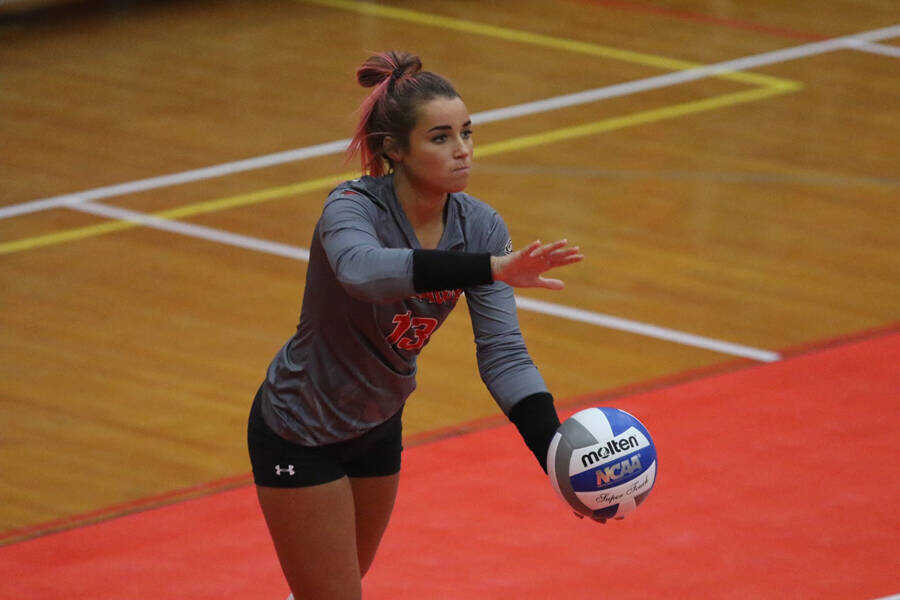 Emily Boggetto prepares to serve at a home match in the midst of the 23-11 campaign in 2019.
Photo submitted by Emily Boggetto

Southeast volleyball alumna and 2019 Ohio Valley Conference tournament champion, Emily Boggetto, is training athletes at D1 Training in Aurora, Illinois, to prepare them for the next level.

D1 Training has more than 50 gyms across the country and was originally founded in 2003 with the gym’s headquarters in Franklin, Tennessee.

Boggetto said her athletic background and weight training she did at Southeast influenced her to become a trainer at D1 Training.

“So really what I’m getting into is training young athletes and getting them prepared in taking themselves to the next level,” Boggetto said.

Boggetto said her favorite part of working at D1 Training is the ability to influence a younger generation of athletes.

“I love teaching the kids and getting them the experience with lifting,” Boggetto said. “Not only that but building up their skills, [both] physically and mentally.”

Another focal point at D1 Training is the importance of responsibility and commitment required in athletics.

“We do talk a lot about our character, the responsibility, commitment [and] all of the things it takes to get to the next level, not only athletically but overall as a person,” Boggetto said. “So it’s really awesome. They have a great environment that reminds me of a lot of my time at SEMO.”

At the conclusion of the 2019 season, Boggetto said not having workouts or practices daily was strange.

“The hardest part for me was not being around my teammates as much,” Boggetto said. “They were the biggest part of my SEMO experience, and that is definitely the thing I miss the most.”

Boggetto’s favorite moment from her time at Southeast is the final point that won Southeast the 2019 OVC Tournament.

“It wasn’t just about winning, but it was the whole aspect of all of our teammates running together in a big hug,” Boggetto said. “It was everything we had done up to that, all the hard work and hours and hours we put in [between] school, in the gym and the weightroom.”

Boggetto treasured playing volleyball at Southeast, especially during her senior year. This is one piece of advice she would give to college athletes.