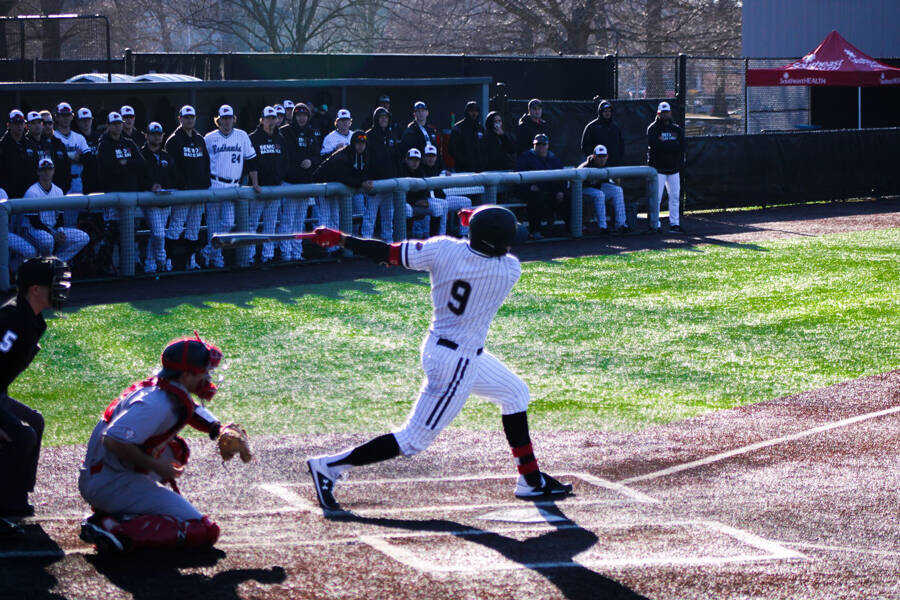 Senior Tyler Wilber swings at a pitch at Capaha Field on Feb. 21, 2020.
Photo by Ramond Buck

Baseball is a sport known, as the saying goes, to be 90 percent mental and the other half physical. Senior shortstop Tyler Wilber is a perfect illustration of this.

Wilber began playing baseball as soon as he could hold a bat. The sport has always been important to his family.

“I’ve been playing since I can remember,” said Wilber. “I think the first thing I ever picked up was a bat.”

“It wasn’t that he forced me into it; it just happened, and I ended up loving it,” Wilber said.

This early start in baseball and his love for the game may have an influence on his on field success. In 17 games last season, he batted .406 with a fielding percentage of .958%. He was also named to the Academic All-District team in the spring.

Wilber said it’s uncommon for pitchers to make mistakes and emphasized how important it was to do damage with those pitches.

“You just see better pitches, and it is more competitive,” Wilber said. “Obviously, the velocity and stuff is better. Guys at this level know what they are doing. It comes down to knowing what you can handle in certain counts and situations and not missing pitches.”

One of Wilber’s main points of preparation is his focus in not only games but at practice, as well.

“When you get in big situations and stuff like that, your preparation is what carries you so you can relax,” Wilber said.

When it comes to his game day routine, Wilber likes to keep things simple. He does the same hitting routine everyday and adjusts from how it goes. If something feels off in a certain part of his routine, he does another drill to help focus on the problem.

This preparation is what helps Wilber stay consistent both defensively and offensively.

This is a big factor in his all-around play on the field. He says it is important to take things one page and a time and not ride the highs and lows of the season.

As many baseball players do, Wilber gets superstitious at times but prefers to steer clear of them if at all possible.

When things are going good for Wilber he will occasionally get superstitious.

“I’ll eat the same meal before a game, but I try to stay away from a lot of superstitious stuff and just stick to my routine,” Wilber said.

Be on the lookout for Wilber patrolling the left side of the infield as the Redhawks take the field in the spring.