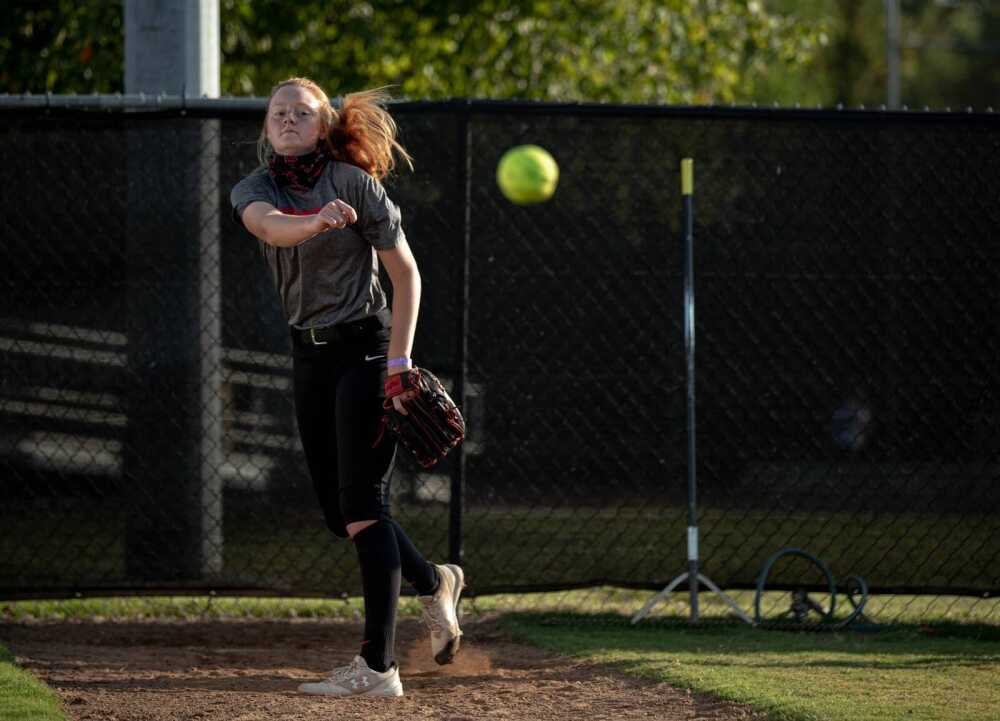 When junior pitcher Rachel Rook was eight years old, she set foot on the pitcher’s mound of a softball diamond for the first time.

When she first got into pitching, Rook said her dad, Curt Rook, Googled softball pitching. They watched videos on YouTube and rented out books from the library. Eventually, she signed up for a travel softball team, where she was able to network with players and coaches, and she got a few pitching coaches along the way.

The result of that preparation and dedication? Rook holds Southeast softball’s all-time record for lowest opponent batting average — at .195 for her career.

Rook’s dominance in the statbook comes in part from her stone-cold demeanor on the mound, which is well-known to her teammates.

“I could give up a home run, or I could strike out the hitter — my face and my demeanor is going to be the exact same,” Rook said. “If the other team doesn’t know what I’m thinking or how I’m feeling, they can’t get on top of me — so they think I’m always on top of them.”

Rook said her expressionless demeanor isn’t just to psych out her victims in the batter’s box, but to also provide reassurance to her teammates.

“I don’t want my teammates to know if I’m shaken up at all. If they see that I might be losing trust or losing confidence in myself, then they might start to lose that trust and confidence in me, and I don’t want that,” Rook said.

When she is on the mound, Rook’s confidence is unwavering.

“They have to hit what I’m going to throw, and I know what I throw is going to be better than them. That’s my mentality,” Rook said. “I think I’m going to win every time — there’s no doubt.”

When Rook faces a batter, her mind has one focus — knowing the perfect pitch for that exact situation. She knows the mechanics and what she needs to do to throw the perfect pitch, and she tries to do that every single time.

The pitches come naturally to Rook, and naturally, records are bound to follow.

The shortened season also saw Rook post a 0.70 Earned Run Average in seven appearances — a number that would have shattered records had she had enough appearances for it to count.

Rook ranks second in all-time saves with six, four of which came in 2018, tying her for first for most saves in a single-season by a Redhawk.

With an ace like Rook on the mound, the Redhawks have a better chance of winning. As the reigning Ohio Valley Conference champions, Rook has high expectations for Southeast to repeat their success from 2019 in the upcoming season.