Chris Harris motivated to bounce back from injury and lead Redhawks 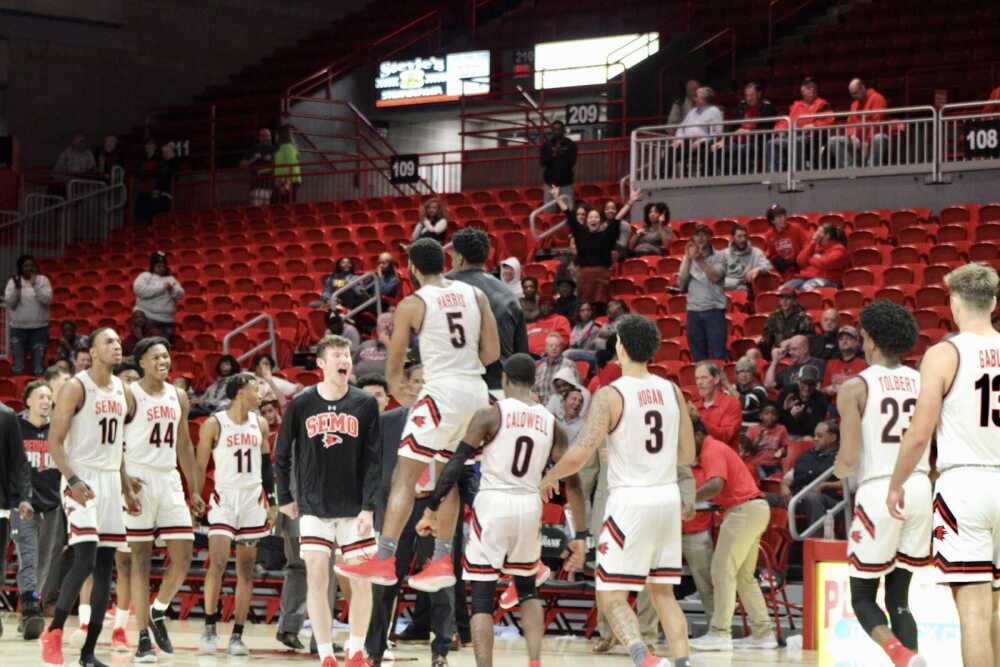 Junior guard Chris Harris was a bright spot for the Southeast basketball team last year before he partially tore his ACL during practice, after only the second game of the season.

Harris transferred to Southeast last year from John A. Logan College in Carterville, Ill. He started off his Southeast basketball career with two impressive performances against Vanderbilt and Purdue Fort Wayne. He drilled the game-winning 3-pointer with 27 seconds left against Purdue Fort Wayne.

The following practice, Harris suffered a partially-torn ACL that cut his season short. Harris was the team’s leading scorer with 15.5 points per game at the time of his injury.

During practice, he threw an alley oop to his teammate, and when he came down, Harris hyperextended his leg.

“I got up and ran down the court, but I knew something didn’t feel right,” he said.

This was the first real injury Harris had to endure during his athletic career. When he initially tore his ACL, he wasn’t thinking about his own health, but rather about his teammates and how they would be affected by his absence.

“I was really just concerned about my teammates, and it being the beginning of the season,” Harris said. “I knew the impact that I had on them and the confidence that I'd given them with my experience on the court.”

Harris believes his injury actually helped him and was a blessing in disguise. He finally got to observe and study the game from the sideline.

“I think it was good for me because I’ve never actually sat out a season or even sat on the bench,” Harris said. “Watching the game and just seeing how slow the game is actually played helped me become a better student of it.”

Seeing his teammates work hard on the court gave Harris the motivation to finish rehab and come back at 100 percent. Harris didn’t want to be the type of player who wasn’t fully healthy and had to sit out of certain drills or conditioning because that could affect team chemistry.

“I’m sitting in practice seeing my teammates put in their blood, sweat and tears into this game,” Harris said. “Right now, I’m healthy, doing full-blown workouts and practicing with the team. I didn’t want to come back and see my teammates look at me not going through the hardship along with them. This helps build team chemistry and a connection that can’t be broken.”

Bouncing back from a significant injury like a torn ACL can have a traumatic affect physically and mentally on a person. Having a strong mentality can be an advantage in any sport, especially basketball. Harris believes the mental aspect in basketball is absolutely crucial to have in the game.

“I won't say that the mental aspect is the only thing that matters, but it's definitely the most important thing,” Harris said. “I think basketball is 90 percent mental and 10 percent skill.”

Harris said he takes notes from Golden State Warriors point guard Steph Curry and how he bounced back from his injury. Harris said it’s all about building your confidence and making sure it doesn’t waver.

Despite the pandemic-related restrictions, the Redhawks have been training hard, and the team is excited to get back on the court. Harris has extremely high expectations not only for himself, but for the team, too.

“Our main [goal] is to go from worst to first. We have all the tools necessary to do that, but it’s just about putting them together now to achieve our goal. We want to win that OVC Championship,” Harris said.

Harris has been on the road to recovery, but now he’s back working to lead the Redhawks to an OVC Championship.