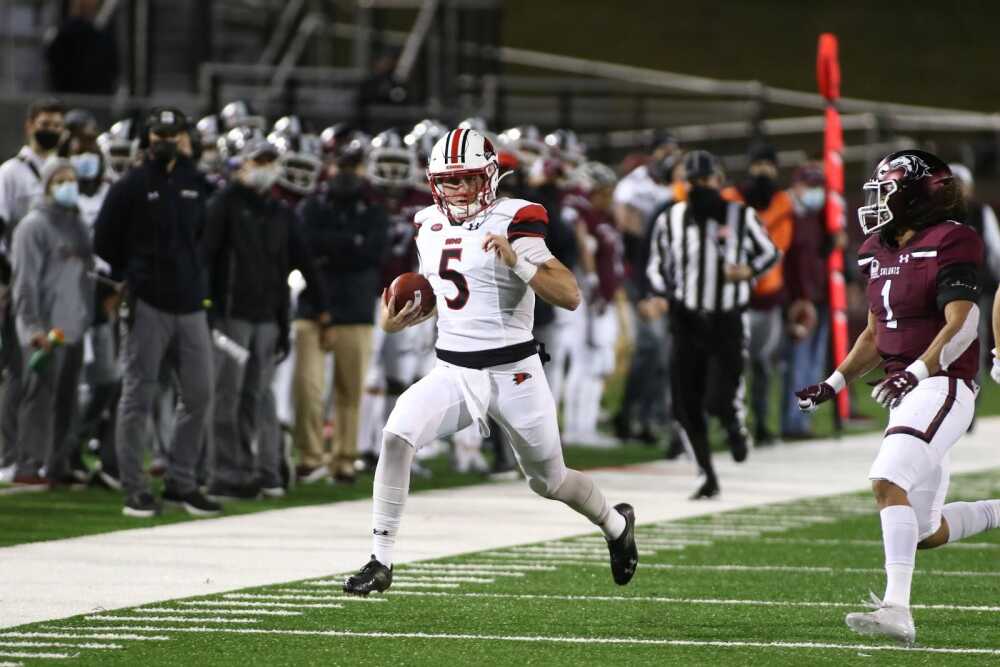 A field goal by Southern Illinois’ senior kicker Nico Gualdoni at the end of regulation served as the game winner in the Salukis 20-17 win over Southeast.

The Redhawks had possession down 17-14 with 8:42 to play in regulation. After an offsetting penalty that cost the Redhawks a first and goal opportunity, they were forced to even the score with a 32-yard field goal from redshirt-senior kicker Kendrick Tiller. After the ball changed possessions multiple times in the final minutes, the inability to stop the Saluki run game late was the demise of the Redhawks.

Southeast coach Tom Matukewicz said that most of the mistakes made by Southeast are mistakes that can be corrected.

“Everything that was hard to see or hard to watch or bad plays are fixable,” Matukewicz said. “Winning’s hard and it’s really hard if you don’t play very smart.”

Nebraska transfer and redshirt-senior quarterback Andrew Bunch threw 6-for-15 for 53 yards, but ran the ball nine times for 121 yards.

Bunch said he is eager to get a look at the film and fix things that he wasn’t happy with.

“I thought at times we did some really good things and were moving the ball fine,” Bunch said. “Other times it just wasn’t clicking the way we wanted it to.”

Redshirt-sophomore running back Geno Hess led the way on the ground for the Redhawks. Hess tallied 16 carries for 128 yards and one touchdown. Junior running back Zion Custis had 15 carries for 50 yards.

The biggest play of the evening for Southeast came courtesy of Geno Hess. Hess took the handoff on a 2nd and 6 from the Southeast 31-yard line and ran all the way down to the Southern 5-yard line to set the Redhawks up with a redzone opportunity.

Southeast racked up seven penalties for a loss of 71 yards. Four of the penalties were personal fouls.

Matukewicz said those types of penalties are “embarrassing” and reflect bad on the head coach.

“One of the concerns I had is how can we handle our emotions,” Matukewicz said. “Those are things for me to show on film and those are the things that will get you beat against a top 25 team.”

“[They have] a good back so he did a lot of spin moves off tackles,” Richardson said. “We were just not really breaking down and tackling honestly.”

On the defensive side of the ball the Redhawks had three players register a team high seven tackles. Senior Bydarrius Knighten, sophomore Mike Matthews, and junior Lawrence Johnson led the way for the Redhawks.

The Redhawks fall to 0-1 on the season and will not take the field again until Feb. 21 at Houck Field in Cape Girardeau, when they face the Murray State Racers.