Roommates working together, SAC hosts The Roommate Game at Academic 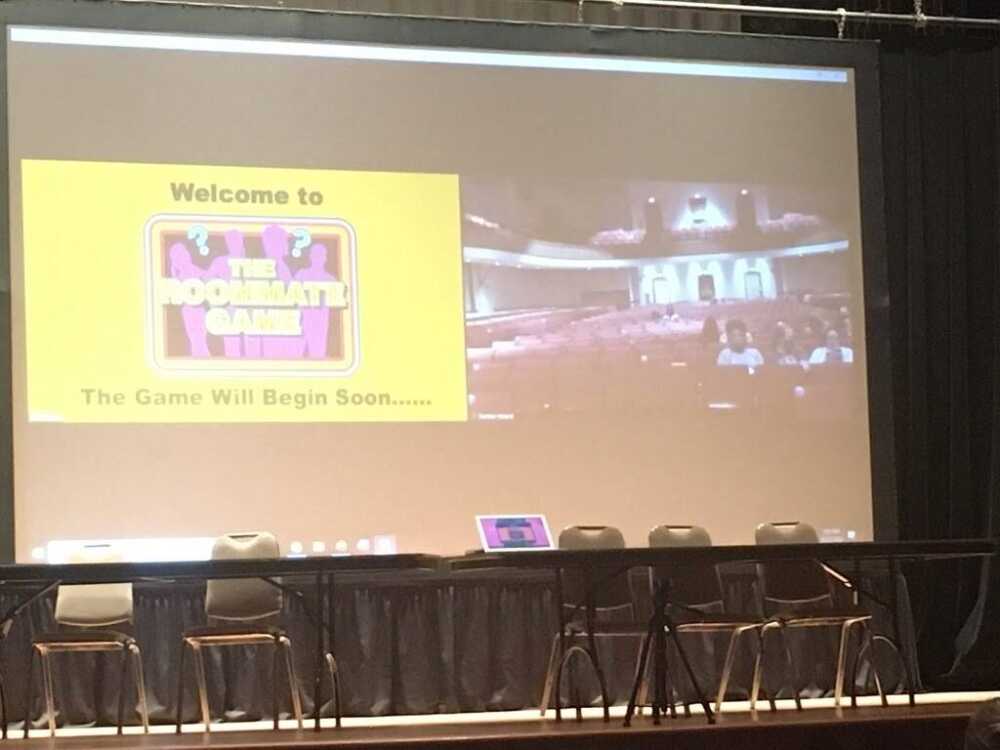 Questions for the game were projected on a screen to help the participants see the categories and questions easier. Contestants included those in the auditorium and on Zoom.
Photo by Josh Seabaugh

On Oct. 22, Student Activities Council hosted the “The Roommate Game” at Academic Auditorium. Contrary to what the name suggests, any two people – regardless if they were roommates, friends, romantic partners, or otherwise – could participate.

The teammates worked together as they played musical bingo. The songs were played over speakers and, using a digital card on one teammate's phone, contestants would mark off the artist’s name. The event featured a wide variety of singers or bands, including Journey and Lizzo. There were five rounds total, with the winning team of each round winning $75 to split.

Matthew Fisk said he was surprised after he and his roommate won the first round of the competition.

“Honestly, I was skeptical that I was even going to win because I don’t know a lot of artists, but I was with my roommate and we teamed things up,” Fisk said.

Kenise Hoard, the director of culture and awareness for SAC, planned the event. Hoard said her goal was to successfully host an in-person event.

“It was my turn to set up an event and I wanted to do something where we have students gather,” said Hoard. “I also wanted to have prizes so more students would join.”

On Nov. 11, students will be able to test their detective skills as SAC hosts an event at Escape Cape, at 1231 Broadway St, near Vandiver. Students with a valid ID will have an hour to solve a themed room’s puzzle and escape. Masks are required to participate.