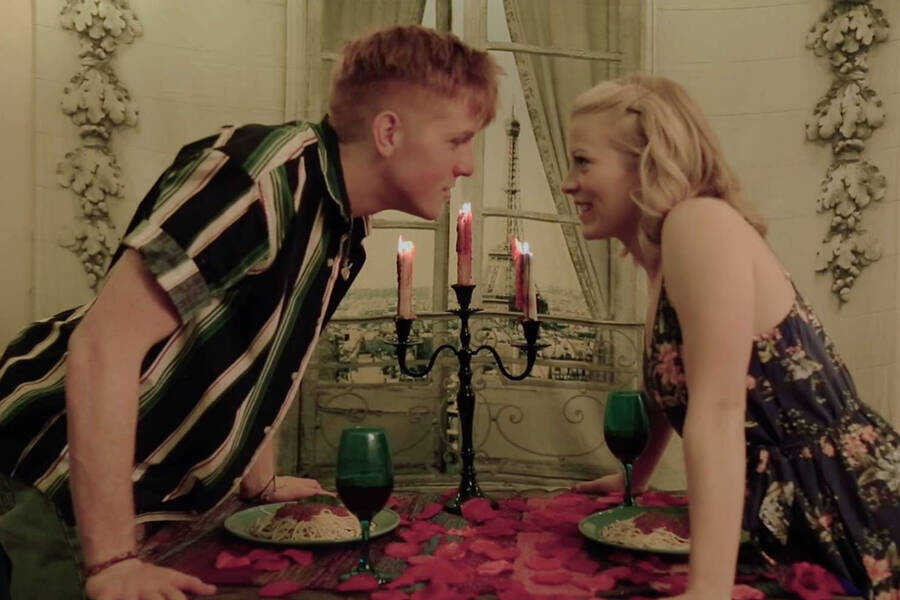 The Truman State University Film Festival (TSUFF) is meant to “connect, inspire, and provide exposure to undergraduate filmmakers from the state of Missouri (and anywhere beyond) who are dedicated to the art of film-making.”

“The Alibi” is a comedic short film that shows the protagonist, Ben (played by Mason Ramsey), attempting to clear his name during a robbery investigation.

Sargent, a senior majoring in TV and Film, said the film was a product of the capstone course in TV and Film. The production staff included her, Jared Thomas, Tucker Dickerson and Lucas Ruessler, making up the team known as Randi and The Boys. Sargent worked with Thomas previously on other film projects, but the full group came together in class.

The cast and crew of “The Alibi” featured nearly 15 people, and Sargent said the size of that group created the most difficult part of completing the 10-minute film: scheduling.

“Scheduling was very difficult,” Sargent said. “It was really hard to balance everyone's schedules for multiple days in the middle of the semester.”

Thomas’ house was the setting for the film, and it was unusable for almost two weeks while it was decorated for a shoot.

Sargent said the most fun part of creating the film was shooting, but she believes her strength lies in editing.

“Jared and I were the editors, and we edited from 3 p.m. to midnight almost every day to finish it,” Sargent said.

Since the film was finished more than a year ago, Sargent said she was shocked to hear they won after entering. 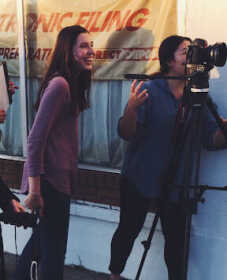 “Missing” is about when “a young woman, struggling with the loss of her mother, encounters a missing person.”

Jasmine Jones, a junior majoring in International Business, said the idea for her film was conceived from her interest in missing person cases.

“When I see those posters of [missing] people, I just wonder what would happen if you actually saw one of those people just out and about,” Jones said. “I took that and made it into more of a narrative story about a troubled girl who is lost and then encounters someone from those posters.”

Jones directed the cinematography, which the film won first place for, with JaeRyung Baek, a South Korean international student. Jones said the duo tried to focus on using nature and natural lighting to improve their camera work.

After graduation, Jones hopes to go to graduate school for film. She said the reason she is focusing on business as an undergraduate is to differentiate herself from the average film student.

“A lot of people go into film graduate school with an English major or something in that realm,” Jones said. “I thought it would be a good way to stand out while getting more practical knowledge that I may not know as well as the creative side.”