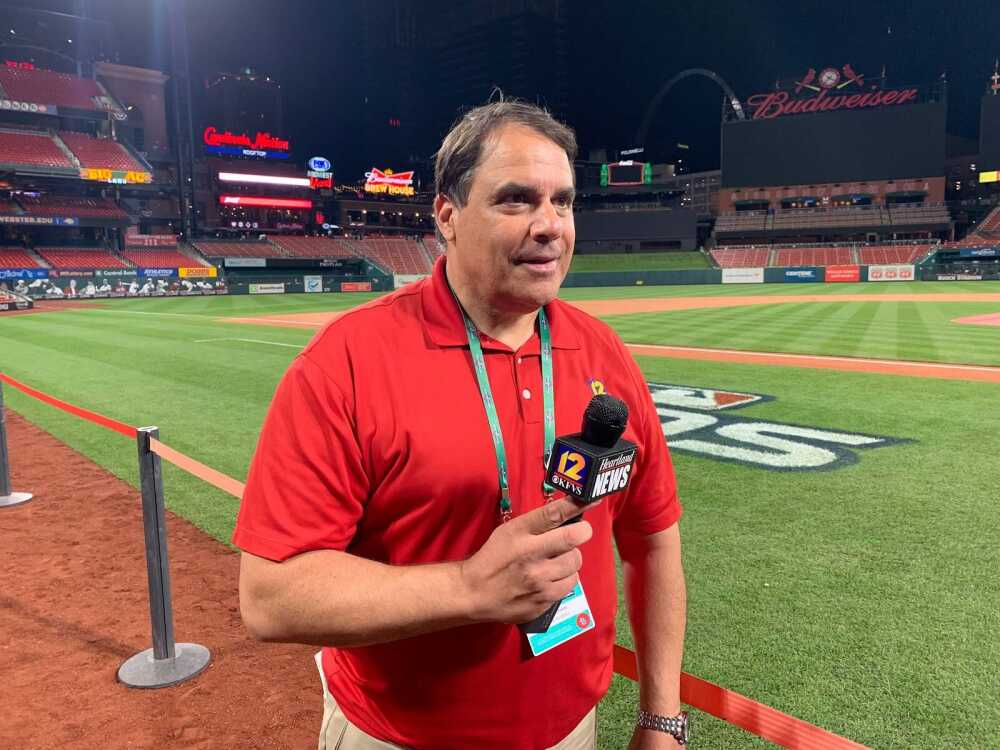 If you turn on the evening news, chances are, you’ll see Todd Richards, KFVS12 Sports Director. Richards grew up loving sports and wanting to be a sports writer. He played football at Northern Michigan University before getting his master’s in speech communications from Arkansas State University in 1985.

There were some challenges along the way before Richards found his home at KFVS12.

“One example is a station asked if I was over 28 at the time,” Richards said. “They were serious about putting an age on the job, as if it would make a difference.”

Richards had some internships in and around St. Louis before getting on camera at a cable station in Owensboro, Ky. After that, Richards was the weekend sports anchor at the NBC station in Evansville, Ind., and finally, he arrived at KFVS12 in 2004.

“What drew me to KFVS was they wanted someone who loves local sports,” Richards said. “I thought, ‘This is a station that really cares about local coverage,’ so I applied, and as luck would have it, got the job.”

Richards has covered a large range of sports in his time at KFVS, from high school football on Heartland Football Friday all the way to the MLB with champagne showers in the St. Louis Cardinals Clubhouse.

“Certainly, you can’t hang your hat on awards all the way,” Richards said. “But, when you’re done, you know you got some plaques and awards that you earned.”

Awards and accolades are great to have, but to Richards, that is not the best part of the job.

“The best part is just getting to cover and talk about sports all the time,” Richards said. “I love the teamwork and the camaraderie both with the reporting team and the teams I cover.”

Richards has gained a lot of experience and knowledge young journalists can learn from.

“Make sure you love what you’re doing and that you’re truly passionate about it,” Richards said. “The deck is stacked against you because so many people choose this field, but if your mind’s made up and your heart’s in it, that’s a huge part of it.”

You can catch Todd Richards talking about all things high school sports, Redhawk sports and professional sports on KFVS12 every day at 6 p.m. and 10 p.m.