A new generation of Gossip Girl 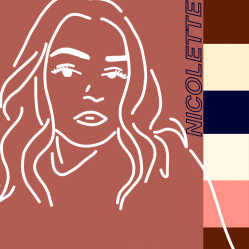 If you’re up-to-date on your Netflix binge-watching, you’ve definitely seen a few episodes of “Gossip Girl.”

The teen drama, which ran from 2007 to 2012, delved into the lives of Blair, Serena, Dan, Chuck and Nate as they navigated the Upper East Side of New York City. A mysterious online force named Gossip Girl narrated their lives, dropped gossip into their inboxes and tracked their every move.

The often boundary-pushing storylines of the CW series caused constant controversy. At one point, the series used angry parents’ reviews in their advertising campaigns. The series was wildly popular when first released and is back again for a 10-episode reboot on HBO, according to Glamour.

The article also details a shift in other attitudes. In the original series, the characters constantly snubbed Brooklyn; in the reboot, Glamour says they’ll be more accepting of the east New York borough. From personal experience, I can say Odd Fox cafe in Greenpoint, Brooklyn, has the best coffee in the city, no lie. You’re missing out on a lot when you diss an entire borough.

Another notable player in the new Upper East Side games? An unmistakable Dan lookalike. Let’s hope Lonely Boy is exactly as clueless as the original. Or, not … I don’t want to drop any spoilers!

I’m also excited to see how the reboot integrates tech into GG’s world. In the original, characters were typing away on their Blackberries and chunky laptops without an iPhone in sight. It’s going to be interesting to watch how the creators integrate Instagram, Snapchat and iMessage into Gossip Girl’s updates. If we placed the original cast in 2020, I’m 100% sure Little J would have a TikTok account. Just saying.

As much as I loved the unique, beautiful clothes in the original, they always felt so structured and excessive that they were completely inaccessible. Blair was constantly wearing outfits that were incredible, but at the same time, felt a bit ridiculous outside of a filming set. I love how the new cast wears much more casual pieces with a very distinct streetwear look.

When I visited New York in March, I made a specific trip to the Upper East Side (aka, nearly an hour on the subway!) to have breakfast on the steps of the Met, a la GG. I can confirm I’ll definitely be the most excited person for this new season. If you think you’re a close second, let’s discuss at @nbakerARROW!