Volleyball focusing on title defense in 2021 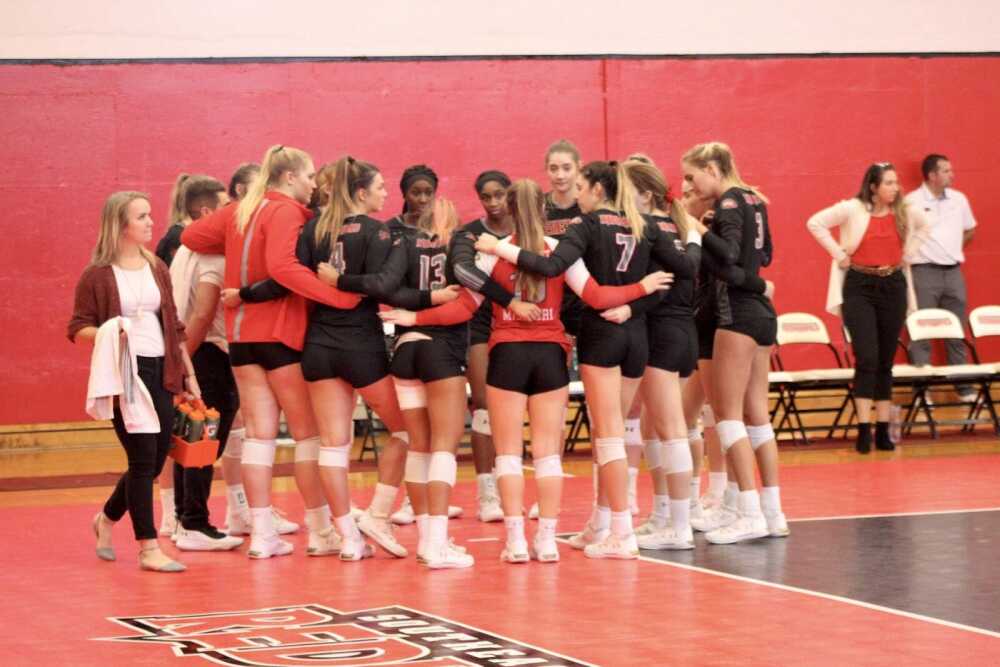 The 2019-20 team huddles between sets during a four-set win over Jacksonville State on Nov. 2, 2019, at Houck Field House in Cape Girardeau, Mo.
Photo by Ramond Buck

The Southeast volleyball team is set to defend their Ohio Valley Conference Tournament championship when they open their season on Feb. 7 against Jacksonville State in Jacksonville, Ala.

The ongoing pandemic has forced the conference to alter the schedule, and members of the OVC will play in conference only and will play on back-to-back days in each city.

With the schedule consisting of only conference opponents, junior setter Claire Ochs said getting off to a fast start will be important for the team to have success.

“I definitely think it’s going to be a lot different now that we don’t have any preseason games,” Ochs said. “I think we usually [use] that as a way to work all of the rust off and get used to playing with each other. I think that’s gonna be a good challenge for us to make sure that we’re all working together right off the bat.”

The Redhawks will return home for their home opener on Feb. 14 when they host Eastern Kentucky. Southeast was 9-2 at home in the 2019-20 campaign, and coach Julie Yankus said the team is focused as they prepare for the season opener.

“They have been working hard in the gym, and I think some of the players that haven’t had as many opportunities are really going to surprise some people this year,” Yankus said. “We’re definitely focused on defending the title, but we know we have to take that day by day [and] game by game.”

The Redhawks are returning 11 players from last season’s team but lost four seniors that were key cogs in the team's success.

The Redhawks were 10th in the OVC in kills per set where they averaged 12.22 per set. Yankus said she would like to see the team improve on those numbers in the 2021 campaign, and they have added in different strategies with their attack.

Of the 1,576 kills posted by Southeast last season, 397 of those were by senior outside hitter Laney Malloy. Malloy was named First Team All-OVC and named to the OVC All-Tournament Team.

Yankus said Malloy’s ability to impact the game in multiple ways is what separates her from other outside hitters in the conference.

“We expect her to pass, play defense; we expect her to attack, put balls away for us; we need her to block, [and] we need her to serve aggressive,” Yankus said. “I know she was at the top of the conference for aces so she really has to do all of the skills, and we rely on her a lot in that way.”

Senior middle blocker Maggie Adams was an anchor around the net for the Redhawks as she registered a team high 130 blocks. Adams was also a member of First Team All-OVC and earned OVC Defensive Player of the Week honors twice.

Yankus said blocking is one of Adams’ best skills and is constantly taking in any information to further improve on the skill.

“When we can get her the ball, she finds a way to score it,” Yankus said. “I think her efficiency and her blocking sets her apart from other middles in the conference.”

Another standout performer for the Redhawks is Claire Ochs. Ochs had a team high 1,207 assists a season ago. Ochs was named Second Team All-OVC and earned OVC Tournament MVP honors.

Ochs said her focus in the offseason has been finding ways to play and practice while also staying prepared for two-a-days and matches.

Yankus had high praise for Ochs’ on-court game, as well as her leadership and competitiveness.

“[Anytime] that you can find a reason to compete, [Ochs] will be ready to go,” Yankus said. “She really leads by example in that way. That keeps us focused, realizing that we’re training to compete in the practice gym everyday, not just on the weekends when we have matches.”

Southeast will begin their 16-game campaign on Feb. 7 when they travel to Jacksonville, Ala., to take on the Jacksonville State Gamecocks with the start time still to be announced.