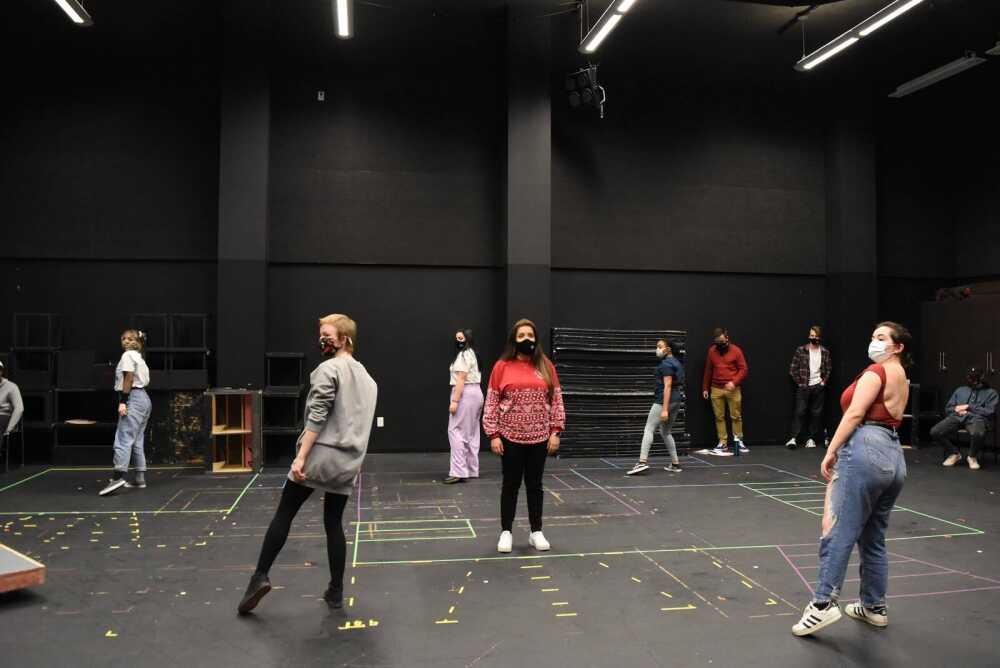 Students prepare for the upcoming musical, “Unlimited: The Music and Lyrics of Stephen Schwartz.” Students, as well as professional musicians and Stephen Schwartz himself, get ready for the first release.
Photo submitted by Kit Lavoie

An upcoming, special event is coming to SEMO in February. Released to the public for the first time, River Campus is hosting the world premiere of the first revue and celebration of Stephen Schwartz.

Schwartz is a professional composer known for writing popular musicals such as “Wicked,” and “Godspell,” as well as writing music for Disney’s “Pochahontas,” and “The Hunchback of Notre Dame.”

Titled “Unlimited: The Music and Lyrics of Stephen Schwartz,” the piece will include popular and lesser-known works from Schwartz' career. Schwartz has been included in the collaboration for the premiere, which has been in development for the past several years, specifically to be shown at universities.

Kitt Lavoie is in charge of directing the musical. He is an assistant professor of theatre: acting and directing at Southeast. According to Lavoie, the ensemble will include professionals and students.

“It’s led by Jenna Moore, one of the faculty members in Theatre and Dance. The musicians are local professional musicians or members of the faculty. All of the actors in the show, however, are students,” Lavoie said.

Lavoie said the musical follows a general format of a revue, a form of theater that involves a series of songs. The performers will be singing songs composed by Schwartz and will also play the characters who sang them, putting together a story for the audience.

“It’s a revue, so it’s made up of songs from other shows, including “Wicked” and “Pochahontas.” There are 6 main characters and because of what songs each of them sing, there really is a story that’s told over the course of the show,” Lavoie said.

Lavoie said he is excited to have an opportunity to work with students on something new and he is looking forward to opening night.

The showing takes place at Bedell Performance Hall on River Campus at 7:30 p.m. on Feb. 19. Tickets are between 22 and 25 dollars and students who show their Student ID will get a discounted ticket at only 3 dollars.