Living (your best life) At Southeast 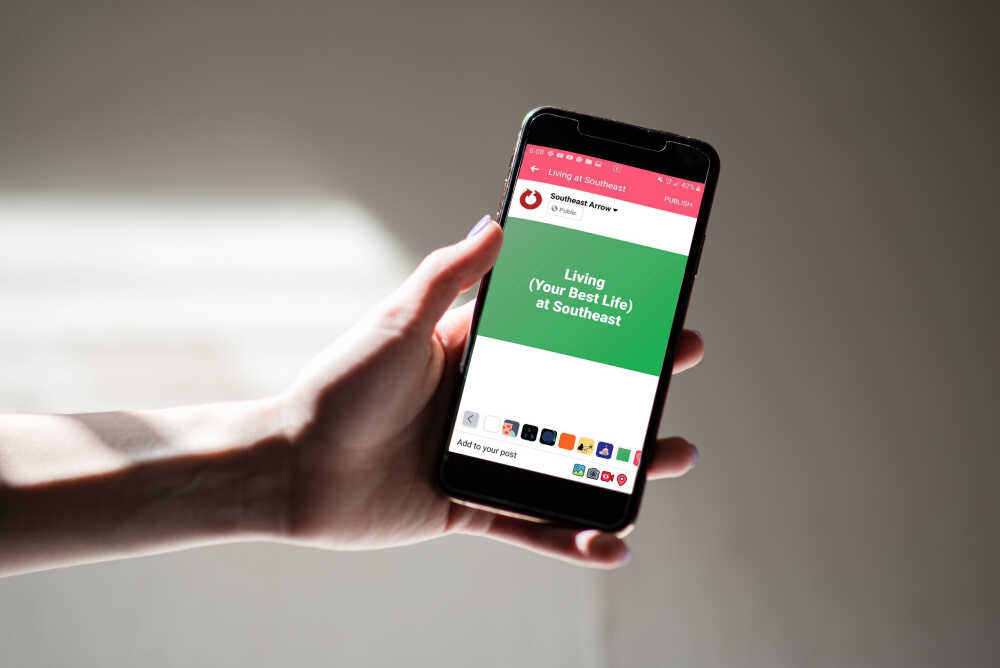 Living at Southeast (LAS) is a one-stop shop for questions about classes, housing, parking and more. It can also be a space where students complain about those topics, or a place of lighthearted humor and acerbic satire.

“Its intention is not what it’s turned out to be,” Bruce Skinner, associate vice president for Student Life, said.

Skinner is one of a few of its admins and created the group nearly nine years ago, when it was used by incoming students to find roommates.

Skinner said the group was recognized in the university’s 2019 final report for accreditation when addressing how the university engages their students.

He said he does not monitor or regulate the membership once individuals join, though he started off removing students who would graduate.

Among the things that are removed are personal attacks and false information.

One of the most common uses for LAS is a vehicle for campus engagement — students use it to discover and found clubs or organizations.

He said the group provides opportunities for people to make their interests known and connect with similar people.

The group also serves as a way for students to make their complaints known.

“Students call us out and say, ‘This is wrong, and somebody needs to do something about it,’” Skinner said. “There’s nothing wrong about students calling us out when we’re not meeting the expectations we have as a campus.”

When speaking to administrators of other universities, he said they are often off-put by the “self-moderating” nature of the group without much administrator control.

“And I don’t want to say that the Living at Southeast page is unique to Southeast,” he said, but when he speaks to colleagues from other universities, “they’re like, “wow, we wouldn’t do that as a campus.’”

Despite being displeased or embarrassed by certain posts when he said he knows the university could do better, Skinner said these comments do provide insight into how the university can improve.

However, this can get a bit personal.

Music Education major Jake White said he has heard teachers comment about students asking which professors they should take for different classes.

“It can at times be very negative and sometimes even rude to certain professors,” White said. “And a lot of the professors are also on Living at Southeast.”

It can at times also be very positive, he said.

He uses the group to find out about local events, since the group provides a broader range of community and regional events than the Southeast website.

White said at times LAS has been used for social change, which he sees as distracting from education. He does see a positive side to the group, as well.

“As a student body, I think that some of those things can promote student growth and community with one another,” White said.

There are also former faculty among those in the group, such as Kevin McMeel, who said although retired, he may still be able to answer questions.

“So, if I do, I will contribute,” McMeel said. “If I don't, sometimes I can add a little levity to reduce the stress. … I think some students have a lot of little issues that sometimes get piled up until they reach critical mass, and possibly relieving something can get them back in-focus.”

Jacob Eisenkramer is the admin of Complaining at Southeast, a group where “people vent” and “post satire,” he said.

“We also still get the room or house for rent posts that LAS does,” Eisenkramer said.

Regardless of moments where he wished that Living at Southeast did not exist, overall, Skinner said he believes the group is a positive asset.

“I think it serves a valuable purpose because it gives people an outlet,” Skinner said. “And I wonder where students would go if they didn’t have this forum to share.”

With the development and popularity of Instagram, Skinner said he thought the group might become less active. However, members continue to join every day.

He said he expects the group will continue into the future.