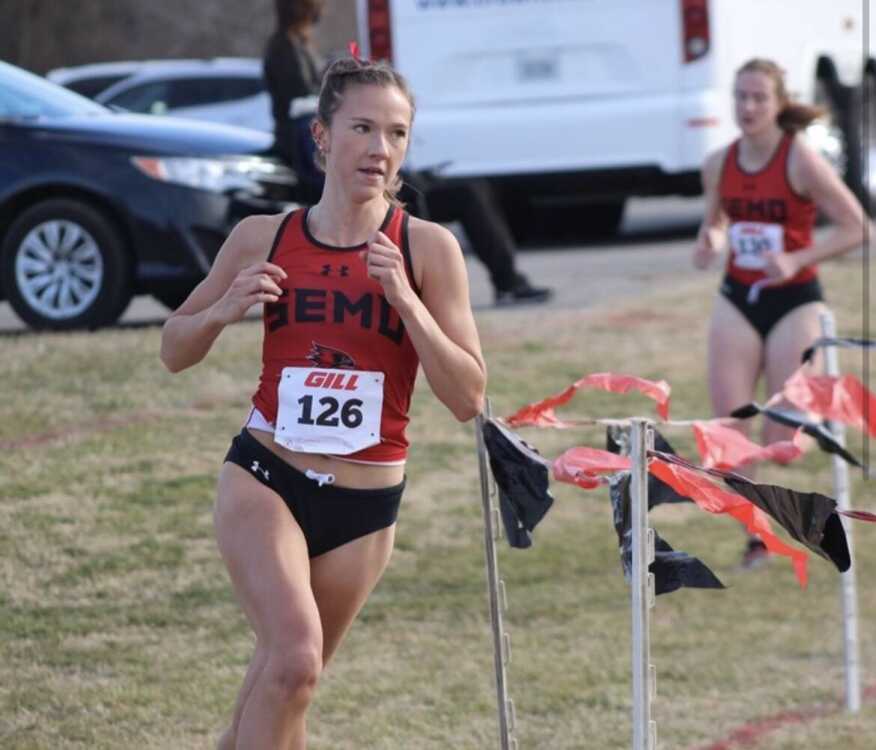 According to ovcsports.com, “The Ohio Valley Conference Female Athlete of the Year Award is given to the OVC female student-athlete who is deemed the top player in the League each year. The award is voted on by the Conference's athletics directors and sports information directors.”

“She’s incredibly deserving,” Cross Country Coach Ryan Lane said. “Obviously, these last 12 months have not been ideal for a lot of people, but she’s put in just a terrific amount of work and really had an exceptional season.”

Knott said it was “bittersweet” being awarded this honor. Going into the championship, she hoped to medal but was unable to, and when individual awards were announced, she said she was surprised to hear her name called.

“That was my last-ever cross country race at SEMO, so it was really happy knowing that other people recognized how long I’ve ran and how much work I’ve put into cross country, and it was just really sweet knowing that all my teammates were really excited for me, too,” Knott said.

According to Lane, one of Knott’s best qualities is bettering herself on and off the field and acting as a motivator for her teammates.

“Whether it’s her sport or it’s leadership within the team or if it’s working on her academics or her future career goals, for her, everything is an opportunity to do things right,” Lane said.

When Knott started training this year, she increased her weekly mileage to 80 miles a week. She said she saw it start to pay off because she wasn’t slowing down at the end of races and would finish them strong.

Knott said one of the biggest driving factors in getting her this far has been the support system she had with her cross country team in high school and then at SEMO. She said working with her teammates and being able to push each other has helped her to stay motivated.

Knott also competes with SEMO’s track and field team and won the women’s 1,500 meters at the South Alabama Invitational March 12. While the cross country season has come to a close, be on the lookout for Knott when she competes next at the Bill Cornell Spring Classic in Carbondale, Ill., March 19 and 20 for track and field.