All About Al: The cornerback’s return to action 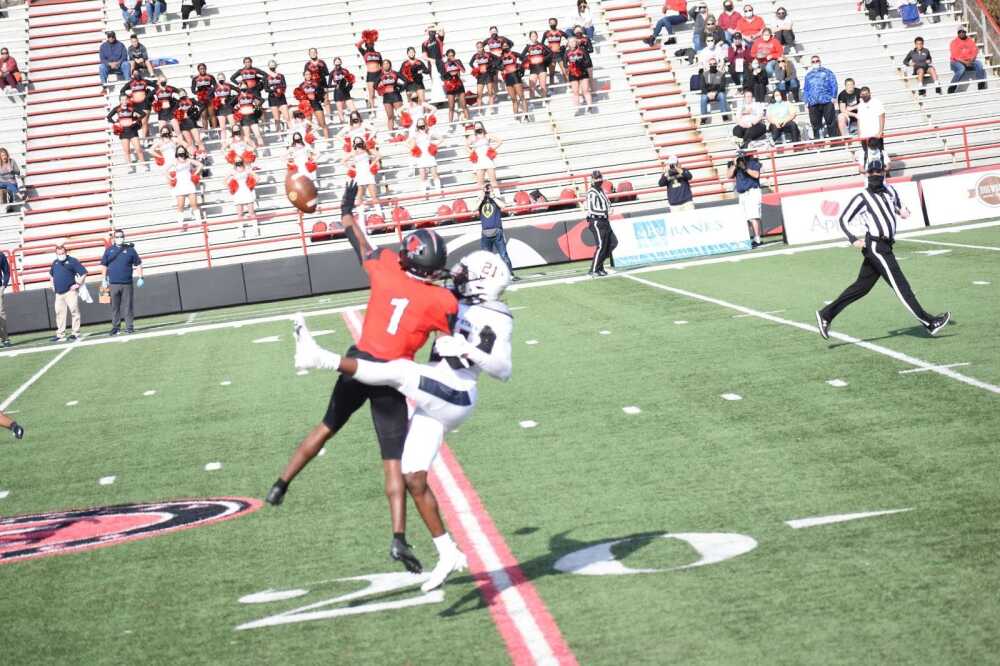 For all athletes, any injury is bad news, but an Achilles tendon injury is one of the most devastating. Many times, the athlete is never the same again, but in the case of SEMO football redshirt senior cornerback Al Young, he has worked himself back onto the field.

Young tore his Achilles in a game against West Virginia State on Sept. 21, 2019, and missed the rest of the season. As it was only the fourth game of the season, Young was granted a medical redshirt. Before his injury, he totaled 10 tackles and two interceptions in the four games. When he suffered the injury, Young said he was thinking about if he would still be able to play.

“I didn’t know what type of injury it was at first — I thought I would just be out for a few days,” Young said. “When I found out it was a season-ending injury, I was shocked and scared.”

Young had surgery to repair the injured Achilles and started doing therapy at HealthPoint Fitness in Cape Girardeau. After that, Young said he went on his own and started working with his trainer to gain more strength in his foot.

“That was probably the hardest thing I’ve had to do,” Young said. “Just getting the trust back in my foot.”

Defensive backs coach Ray Smith said Young is doing a lot better than he anticipated after his injury.

“An Achilles injury can be devastating for athletes — it can zap their athletic ability,” Smith said. “He did a good job with his rehab; I’m very happy and satisfied because some guys don’t look the same.”

Before the War for the Wheel game on Oct. 30, 2020, Young had not suited up for Southeast in one year, one month and nine days. As far as this season goes, in the four games Southeast has played Young has totaled eight tackles and two interceptions, one of which was returned 25 yards for a touchdown. Smith said what makes Young so effective as a cornerback is his ability to make plays on the ball.

Smith also said Young is something of a leader to the other defensive backs.

“I will say he’s more of a leader as far as working hard,” Smith said. “He’s not really vocal, but he leads with his actions.”

Young said he hopes for a chance at the NFL, but he would also like to be a coach to help out younger guys. Young also said his inspiration for playing football is his 3-year-old daughter.

“Anytime I step on the field, I see her as my motivation and who I’m thinking about,” Young said. “She is the one I want to be able to support.”

Redhawks fans will have one more opportunity to see Young play at Houck Stadium on March 28 when the Tennessee Tech Golden Eagles come to town.