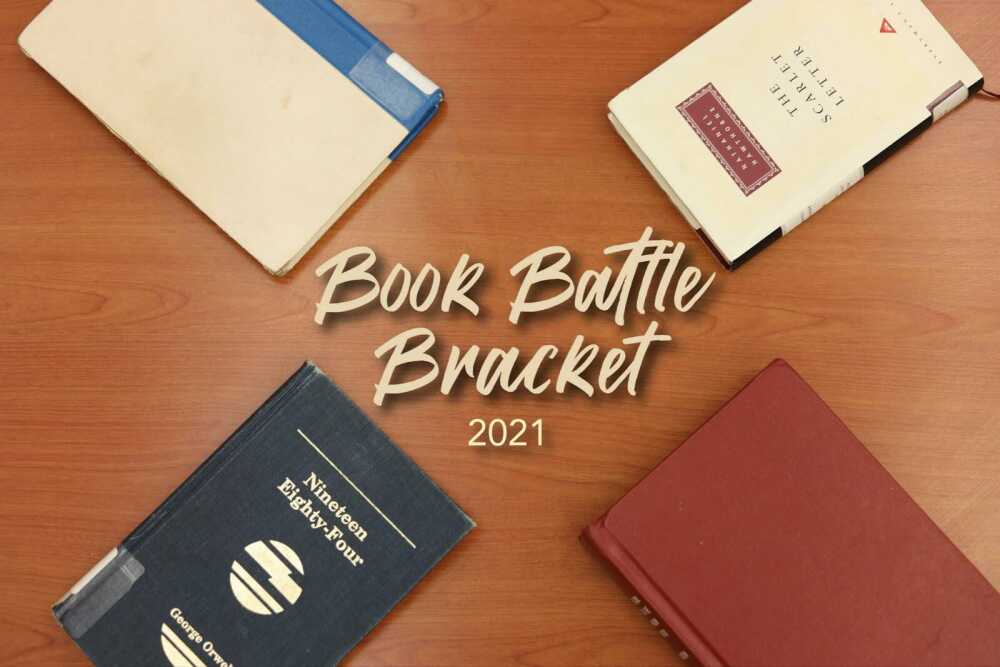 It is a true tale of the underdogs, as this year, Kent Library pits the four book genres that did not make the cut last year against each other in their annual Book Battle Bracket.

The library’s spin on the March Madness games began March 9, and included 32 books from the genres of paranormal/horror, mystery/thriller, romance and assigned reading. The four books remaining as the tournament moves into the final four include “1984,” “The Shining,” “Pride and Prejudice” and “The Great Gatsby.”

Library associate Kelly Murray was one of the organizers of the Book Battle Bracket when it first was introduced last year. 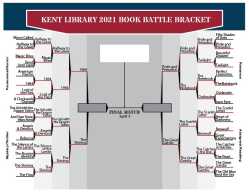 “We came up with eight different categories that we thought would be good, and last year we had students vote on the categories,” Murray said. “So we went with the top four categories students voted on. Then I went to Goodreads.com, and I found the top 8 listed items that people from Goodreads had voted for. And then we did the seeding the same as the Final Four for basketball.”

Students can vote online using Kent Library’s Facebook page, Instagram or Twitter for the remaining contenders in the semi-finals and then the finals, which will take place April 5.

Catalog librarian Liz Rudloff, whose favorite book in this year’s bracket was “Rebecca,” helps coordinate the tournament along with her library colleagues.

“[The turnout] has been okay, not as good as last year. Last year, we were all off-campus, and I think we were all a little bored,” Rudloff said. “But it still has not been bad. We’re hoping next year we will advertise a little more in advance and get it going. Maybe we will let people vote on categories again. I’m still excited that anyone is doing it.”

One of the most exciting turn of events between the match-ups occurred when “Pride and Prejudice” and “The Notebook” were voted on. After the votes were tallied, the books ended up in a tie, forcing a first-ever tie-breaker round in the book battles. After the tie-breaker round, “Pride and Prejudice” came out on top and moved into the semi-finals.

Media technician Danielle Farrow created the graphic for the Book Battle Bracket and is optimistic about the benefits of the tournament for the student body.

“I feel like it will introduce some new titles that people kind of debated reading, and maybe they will get into reading it,” Farrow said. “It also brings more people onto our social media pages, where they can find more upcoming events and such.”

Three students will be selected as winners based upon the accuracy of their bracket predictions. They will each receive a gift card to the Southeast bookstore.