Loria and Scott Chaddon: artists inspired by time and creativity. 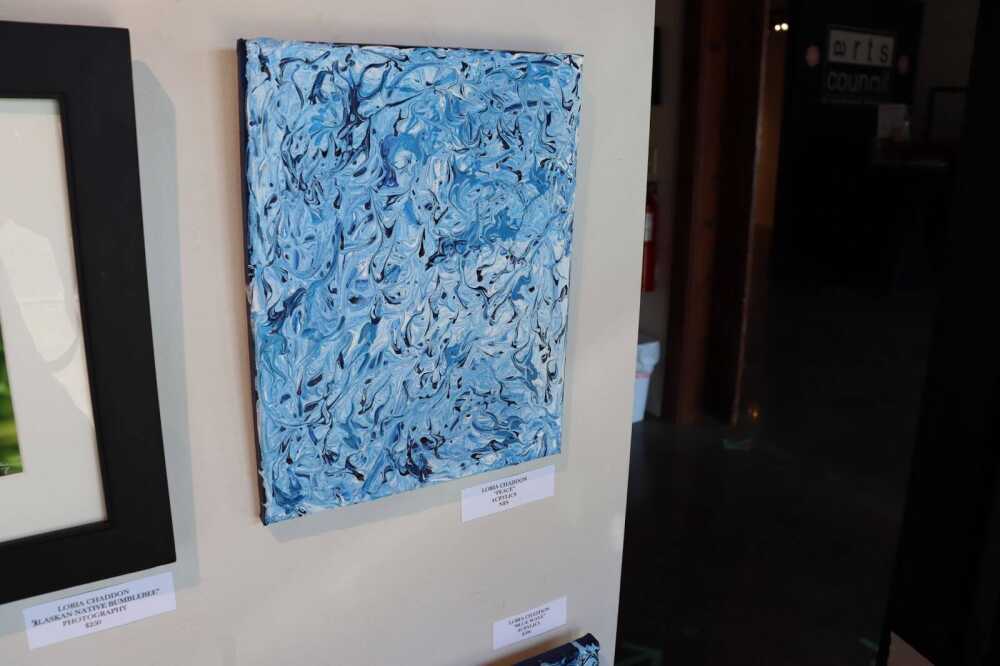 Loria Chaddon’s favorite painting in the Arts Council of Southeast Missouri’s window exhibit, titled “Peace.” The piece Loria Chaddon said to be one of the hardest to make but also the most rewarding.
Photo by Nathan Gladden

Loria Chaddon's life was changed when she was 12 or 13 years old and she had to take a photo of two of her cousins.

“They were wearing shirts at the time that said, ‘I’m Adam, he’s Alan’ on the back and vice versa. They actually died in a fire the next day,” Loria said.

She said from that moment, photography for her was about capturing a moment in time that will never be there again.

Scott Chaddon, primarily a figure artist, said it’s understood amongst the art community that the human figure is one of the hardest things to accurately represent.

“It’s always changing. Even from year to year, the same person changes,” Scott says. “It has the most subtle shading and shadowing.”

Loria is a painter and photographer, while Scott does photography and also expresses himself through drawing. He said he taught himself how to draw through his love of comic books.

“At one point, I wanted to be a comic book artist,” Scott said. “But when I started college courses, I found out that I have a hard time doing art on somebody else’s schedule.”

Scott said his favorite piece in the gallery is named “Dark Perspectives.” He said it is classical in nature and displays a variety of shades, highlights and shadows while keeping perspective.

“It really draws the eye,” he said.

Loria said she has had a passion for art for most of her life. After a while, she took up painting and sculpting, finding her talent in abstract art.

Loria’s favorite painting in the window is titled “Peace.”

“That is my favorite painting that I’ve ever made,” she said. “Just to me, it's so soothing just to look at, and the funny thing is, it irritated me so much creating that piece because it did not do what I wanted it to do.”

With a combined 58 years of experience making art, the Chaddons are authors, painters and photographers.

This April, the Visual Arts Cooperative hosts the two married artists for their monthly window exhibit.

To see their pieces and other members' pieces in the Visual Arts Cooperative Gallery, visit The Arts Council of Southeast Missouri at 16 North Spanish Street.