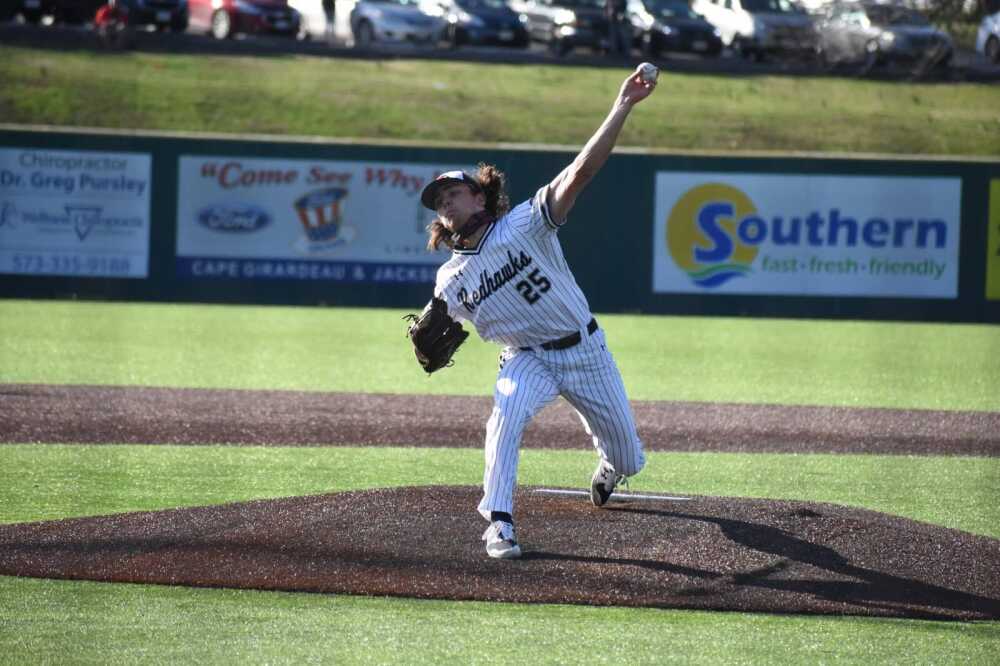 On Friday, April 16, SEMO took game one of their series against Tennessee Tech 7-3, backed by another good start from senior pitcher Dylan Dodd. Dodd went six and two-thirds innings, giving up two runs on five hits and striking out eight batters. With the win Dodd pushed his record on the year to 4-1.

Redhawks coach Andy Sawyers said it is important to get a good start out of your starting pitcher on Friday night.

“It's always important to get length from the starter early in the series,” Sawyers said. “Dylan's been a guy who’s been pretty consistent. He's given us at least six innings and 100 pitches, pretty much every time out, and it's allowed us to really only use one reliever after for the most part.”

Junior shortstop Tyler Wilber went 2-5 with three RBIs. Wilber said that getting Dodd the run support early on was crucial.

“He’s been pitching really good lately,” Wilber said. “We hadn’t had a whole lot going on yet offensively and the guys in front kinda rallied. Those guys put together some really good at-bats in front of me. Just being able to convert on it is always good for momentum.”

Saturday, April 17 featured a double header split between the Golden Eagles and Redhawks.

The Redhawks scored their lone run in the ninth when sophomore catcher/outfielder Andrew Keck drove in sophomore outfielder Jevon Mason with a sacrifice fly.

Senior outfielder Danny Wright said the team had to put game one of the double header behind them and come out strong in game 2.

“The pitcher in the first game on Saturday, had three pitches in the zone consistently and was able to locate them pretty much the entire game, and pitch really really well,” Wright said. “That second game was a really big game and we knew that we were going to have to grind it out all nine innings with the first game behind us.”

In game two the Redhawks were able to jump out to a 1-0 lead in the bottom of the first when Keck drove in Wright with a triple to center field.

The SEMO offense tacked on three more runs in the bottom of the third inning on a bunt single from Wright that drove in Wilber. An error on a single by Keck allowed Wright to score. A third run came across the plate when redshirt sophomore catcher Wade Stauss drove in Keck with a sacrifice fly to left field.

In the eighth the SEMO offense was able to tack on another two runs behind graduate student second baseman Connor Basler’s sacrifice fly and an RBI single from Mason.

A solo homerun from Tennessee Tech’s freshman infielder Brett Roberts brought them within five in the top of the ninth. The Redhawks were able to hold onto that lead and take game two of the double header by a score of 7-2.

Freshman Collin Wilma picked up his second win of the year for the Redhawks after going six and two-thirds, allowing one run on three hits and striking out two.

Danny Wright led the charge for the Redhawks offense in game three. Wright went 4-5 with two runs and an RBI.

The Redhawks travel to Springfield, Missouri to take on the Missouri State Bears in a four game set beginning on April 23.