Pregnant at 15, Master’s Degree and business owner at 30 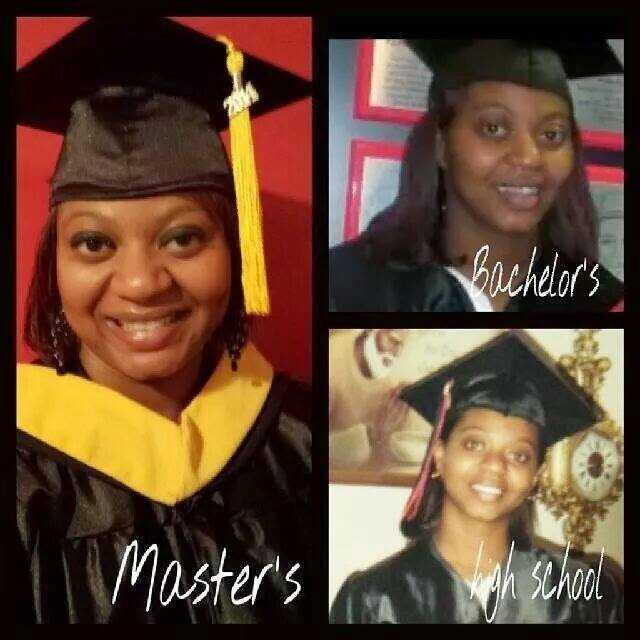 Williams said she decided to go back to school to earn her Master’s degree because she wanted to go into therapy. She said people tend to gravitate towards her; she likes to help people and is always finding herself talking to people about certain problems in their personal lives.

Williams said she especially felt there was a need for therapy in the African American community. She said kids today might feel more comfortable coming and talking to someone who looks like them.

“In the Black community, I felt that there was a need for therapy, and I wanted to get my degree in school counseling,” Williams said. “I know when I was in school, we didn’t have a lot of representation in school, and I didn’t go talk to my school counselor because I didn’t think she could relate to me.”

Williams, who became a teenage mother at 15 and now has three children, said a great support system helped her in raising a child while attending school, which includes her child’s father, friends and most importantly, her parents. Williams said her parents helped her when her daughter needed to be picked up from school or helped take care of her while she took night classes.

“Without the help of my parents, it would have been very difficult for me — I would have probably had to explore daycare options and other things,” Williams said. “But my parents are the reason I was able to attend school and get my Master’s.”

Along with getting her Bachelor’s and Master’s degrees, Williams is currently the owner of MBA In-Home Services LLC and MBA CDS Services LLC, co-owned alongside her parents. The family businesses are in-home health care, where workers work with the elderly and disabled to assist them in their day-to-day lives. Williams said the purpose of the program is to let the client be able to maintain their household rather than going to live at a nursing home.

Williams said her daughter was her motivation for going back to school because it was important to support her daughter and be there for her.

“I had a kid, and I knew just working at McDonald’s was not going to support my daughter and I, so I knew I had to do something different,” Williams said.

Williams said she became a business owner because of the need to have a flexible schedule while raising her children. She said her father suggested the family branch out on their own, allowing her the flexibility of being her own boss.

Although at times in her life she has felt like giving up, Williams said it was important to be an example for her daughter and show her that even though she had her at a young age, a person can still be successful in whatever they choose to do.

Jones said her mother’s ability to become successful despite having a child as a teenager, as well as her refusal to give up in chasing after her dreams, inspires her.

“Well, I have a kid of my own now — I had him last year — so, basically, she has really inspired me that even though when you have kids, it really doesn’t stop you from doing what you want to do and accomplish. It makes me work harder,” Jones said.

Williams said her doubters motivated her to want to do more and to prove to them that being a teen mom didn’t mean her life was over.

“I would say to anybody out there — don’t take the easy route. Let your hardship be what gets you through and allows you to be successful,” Williams said. “Anything negative about you, turn it into a positive, and say, ‘I can do whatever I set into my mind to do.’”